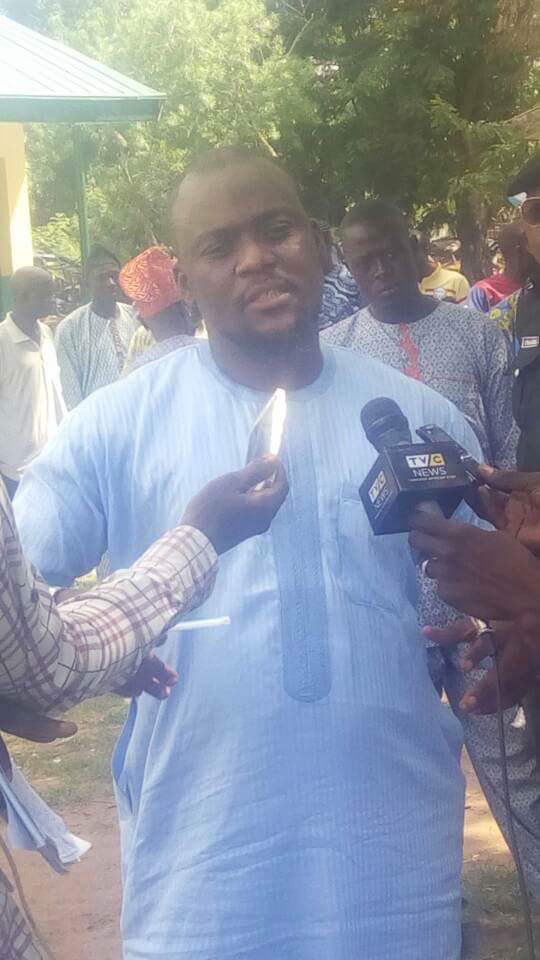 Hon Abiodun Olasupo (APC- Iseyin/Iwajowa/Kajola/Itesiwaju Federal Constituency) has said that the whistle blowing policy bill would soon be passed by the national assembly.

He further stated that the insinuation of a row between the two arms of government was not entirely correct, saying it was democracy in action.

“It might look like we are antagonizing each other but that is what we are meant to be doing. It is out of these that we put many things in the right shape.

“The separation of power principle entrenched in the constitution encourages checks and balances. I think Nigerians should be more worried whenever they see us smiling to everything.

“What the people are seeing is democracy in action. This will not affect the development of the nation. Nigerians should not be afraid, we are doing what the law empowers us to do,’’ he said.

Speaking on whistle blowing, Olasupo stated that the National Assembly was seriously working on enabling laws to strengthen and protect the identity of whistle blowers.

The lawmaker said that the Whistle Blowing Act is at advanced stage of becoming a law in Nigeria, so that successive administrations would uphold it.

“Let me digress a little. You should not be surprised that all the measures used in the anti-corruption crusade today were developed by President Goodluck Jonathan’s administration.

“You can see that the implementation by President Muhammadu Buhari’s administration is bringing the desired results,’’ he stated.

Reacting to the National Assembly Budget for 2017 which was N125 billion, he stated that the budget was N10 billion above that of 2016.

The lawmaker stated that the increment on the budget was not limited to the National Assembly budget alone, adding it affected the State House, Judiciary, Customs and other parastatals.

Olasupo said that the budget included that of the Assembly Service Commission, Public Complaint Commission, National Institute of Legislative Studies and salaries of their staff.

“When the 2017 Appropriation Act is signed into law by the president or Acting President, it would be accessible to all and you will see that it was increased across board.

“When you look into the budget and do the analysis properly, I am sure you will believe that the National Assembly is one of the most poorly funded arms of this government.

“For the first time in the history of the nation, the eighth National Assembly made the detail budget public and you will see a budget of economic recovery.

“The old, present and future National Assembly members should know that legislatures, the world over cannot win popularity contest when it comes to budgeting,’’ he stated.

Appraising the implementation of 2016 budget, Olasupo stated that it was the first time the budget of the country passed the threshold of N1 trillion in terms of capital expenditure.

He said that apart from it passing N1 trillion naira, it was just judiciously used despite the nation’s low income.

The lawmaker also boasted that it was also the first in a long time that they had a budget of less than thirty percent capital expenditure and over sixty percent recurrent expenditure.

“This is a very good development for the nation and I am sure that by the time we begin the implementation of the 2017 budget, we would be a little over forty percent in terms of capital expenditure.

“When Buhari came on board, he said that he was looking forward to seeing more of the budget going for capital expenditure and lower recurrent expenditure,’’ he said.

The lawmaker promised not to relent in giving the best and quality representation required of him.