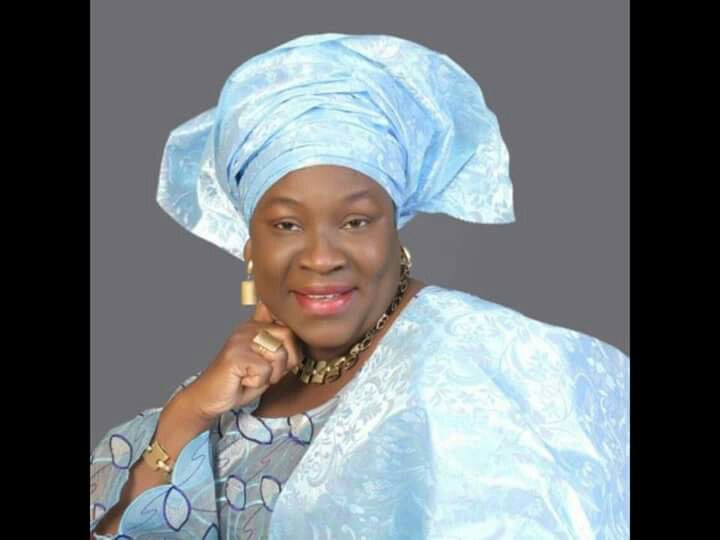 A female contestant for Iseyin/Itesiwaju State Constituency at Oyo State House of Assembly in the 2015 election under Labour Party, Mrs Folashade Agoro-Braimoh has disclosed that the only factor that would give the African Democratic Congress (ADC) victory in 2019 gubernatorial election was if the party picked its candidate from Oke-Ogun area of the State.

Folashade, popularly called FAB disclosed this in a chat with our reporter today through telephone conversation from London said Oke-Ogun held the ace in determining the next governor of the State, judging from the fact that the region was the only one that was yet to produce a governor since the creation of Oyo State.

She added that the fact that most of the strong progressive politicians that were in Alliance for Democracy (AD), Action Congress of Nigeria (ACN) and All Progressive Congress (APC) overtime have all taken refuge in ADC, saying that the party would be the new bride that all pundits would want to bet their money on come 2019.

ADC recently took into its fold many members of APC in Oyo State who were not in agreement with the way the party was being ran by the governor, Senator Abiola Ajimobi after the factional members of APC, widely known as ‘Unity Forum’ had consulted with other parties in the country to know which would accommodate their political ideology.

“Considering the different political parties at the moment, looking at all of them, the PDP, APC, SDP and the ADC, I think ADC is a party that I believe will be open to an Oke-Ogun indigene becoming the governor. Because if you look at the other structures, I mean the other political parties, they already got their candidates mostly from Ibadan. APC has many of its big candidates from Ibadan while SDP and PDP also have Oke-Ogun party chairmen. So the likelihood of having our chance in those two other parties might be slim.

“The call mainly will be to reach out to the good people of Oke-Ogun by the leaders of ADC to educate them on who to vote for irrespective of political party. They need to focus on who they think will serve the region better and as I always say, you are free to choose but you are not free from the consequences of your choice.”

Mrs Agoro-Braimoh who was former Women Leader of ACN in the United Kingdom said there was the possibility of Labour Party collapsing into ADC if the party leaders could see reasons in doing so. Adding that he could not pre-empt the decision of her leaders, she however said it would augur well for the good of the people of the State, if members of Labour Party would opt for ADC.

“I as a politician obviously believe in the values of my part. I also share in the mission of the party and considering which party I might be aligning with, I think that will be for my leaders to say or make informed decisions. Having said that, I have got a party that I believe is of the progressive leaning and a party that believes in the people and not in authority so to say. I think I won’t be surprised if I go with the ADC. But like I said to you, it will be for the leaders to decide.”

She however called on youths and women in the State to equip themselves with enough political education in order to break what she called the shackles of oppression from the ruling elite.

FAB said the signing of the Not Too Young To Run Bill by the President was commendable but the youths of Nigeria still have a long way to go in actualizing the dream of having sustainable representation in political parties and government.

“There are still a lot to be done especially in terms of low participation of women and the youths in the political trend of Nigeria. Signing of the bill is commendable but we still got a long way to go. In Nigeria in particular, we find that women and youths are discriminated against from running for political positions either overtly or covertly. We know there are different factors that contribute to all these, such as structural and personal.

“I believe strongly that women and youths are to engage in the political processes that affect them and the society. I always say that whatever happens in politics is my business as a woman, because directly or indirectly, it will affect my family and my society. So there is discrimination against women because in Nigeria, politics is male-dominated.

“Look at the structures of the parties, you will realize that they still believe in the idea that the men need to rule while women are to serve in the domestic area and that is why the percentage of women vying for political positions are so low. In the structure of all Nigerian parties, you have the chairman, the vice-chairman as males and the only place reserved for a woman is when they want a woman leader and the only place you will see a youth in the structure is when they need a youth leader. It should not be so. It should be a level-playing field. So our women and youths should also avail themselves with basic information about today’s politics and really get involved,” she advised.