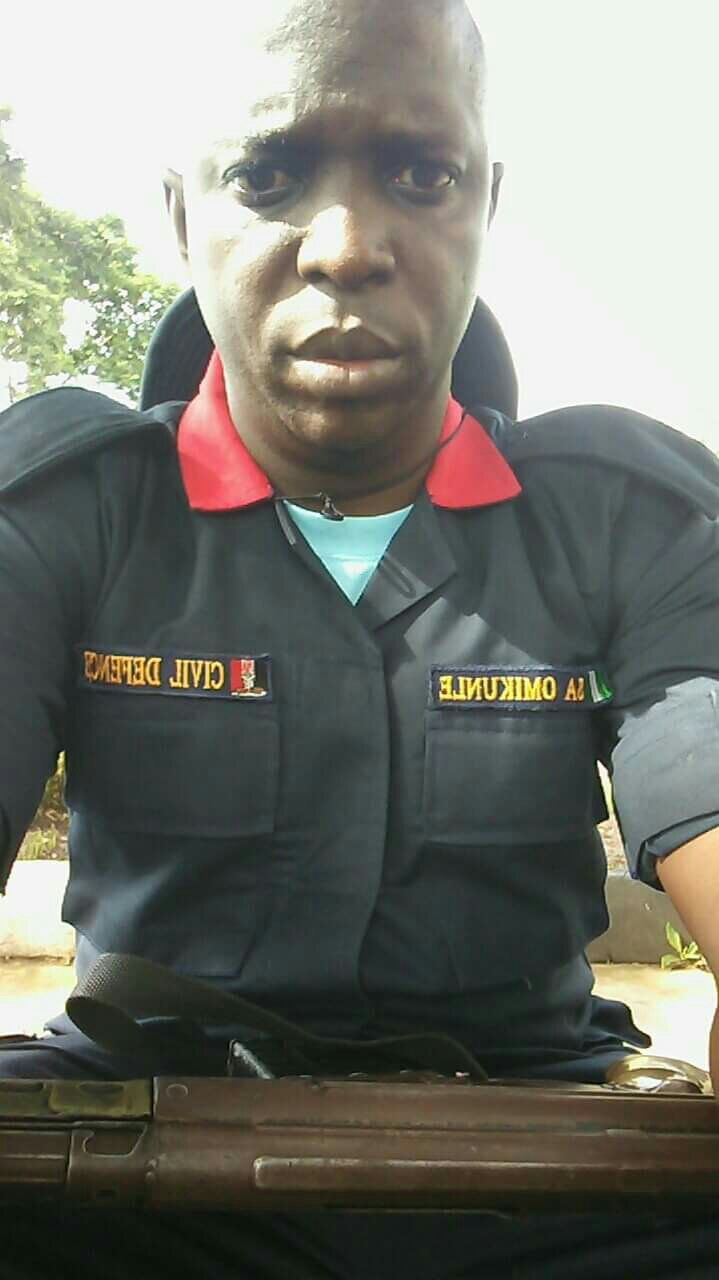 The family of late Inspector Sunday Omikunle, an officer in the Oyo State Command of the Nigerian Security and Civil Defence Corps, represented by his wife, Mrs Olayinka Omikunle yesterday received one million naira cash compensation for the death of her husband.

The State Deputy Governor Otunba Moses Alake-Adeyemo in a brief remark after the weekly security meeting with all Heads of Security agencies in the state at the Executive Council Chamber commiserated with the families of the deceased officer describing the death as unfortunate.

Otunba Adeyemo who prayed God to grant the family of the deceased the fortitude to bear the loss, assures that the State government will not renege in its commitment to the welfare of officers and men of Operation Burst outfit and such other security agencies operating in the state.

State Commandant of the NSCDC, Dr John Adewoye who presented the cash to the wife of the deceased, told newsmen that the gesture was a reflection of government concern for the welfare of officers and men of the security outfit.

He said the gesture, coming from the state government as well as the insurance scheme being enjoyed by the operatives will go a long way to encourage the men and officers give their all to the maintenance of peace and security in the state.

He promised that, aside from the gesture from the state government, the authorities of the NSCDC will also compensate the family of the deceased in due course.

Special Adviser on Security to Governor Abiola Ajimobi, Mr Segun Bolarinwa said the donation would serve as a morale booster to the security officers and would also serve as an indication that families of deceased officers of the security outfit will not be abandoned in time of need.

Bolarinwa pointed out that the donation, which is the fourth to be carried out was borne out of the Insurance Scheme instituted by the state government to cover all operations of officers and men of the outfit which comprises the Police, Army and the NSCDC.