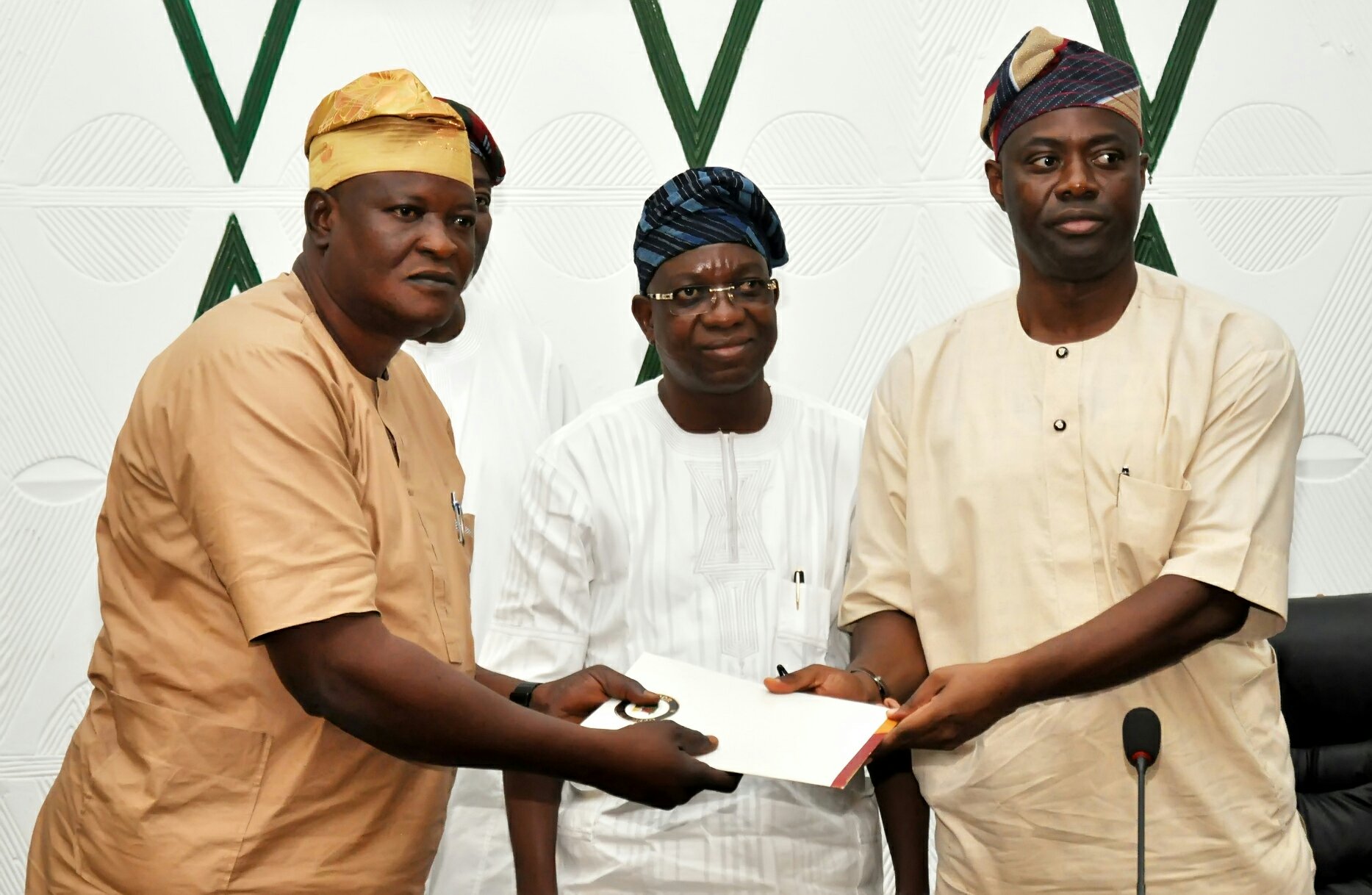 Why I am setting up anti-corruption agency in Oyo-Makinde

Oyo State Governor, Engineer Seyi Makinde on Wednesday forwarded the Oyo State Anti-Corruption bill, 2019 to the State House of Assembly for legislative action, declaring that his decision to set up an anti-graft body is in fulfillment of his campaign promise.

Governor Makinde, who formally presented a copy of the draft bill to his Special Adviser, Legislative Matters, Hon. Samuel Adejumobi, for onward transmission to Oyo State House of Assembly, further restated his resolve to waive his immunity to appear before the anti-corruption agency if he is found wanting in any way. 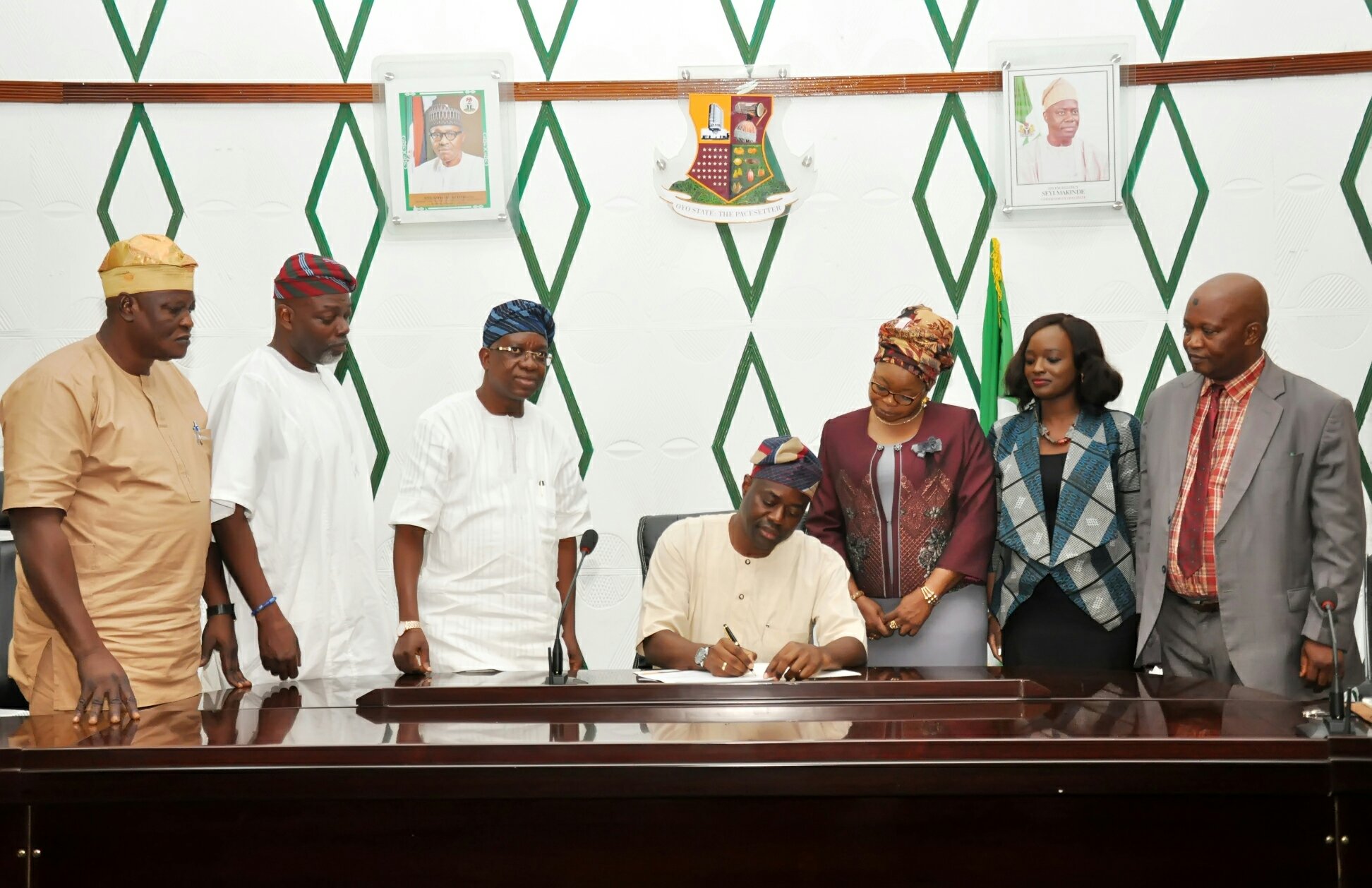 A statement by the Chief Press Secretary to the Governor, Mr. Taiwo Adisa, indicated that the Governor also charged Permanent Secretaries in the state to be accountable as the purse-keepers of Oyo state.

He declared that those who would want to politicise his move to set up the anti-corruption agency should think twice because according to him, corruption knows no political party.

According to the Governor, corruption does not edify a state but promotes stagnation, adding: “and we want Oyo state to be out of stagnation.”

“While I was making my inaugural address, I also put a rider on it that as the Governor of Oyo state, I am ready to wave my immunity to appear before the agency if I am found wanting in the course of my duty to the people of Oyo state.

“The Permanent Secretaries are here, you are the purse keeper for the ministries and the ones responsible for all the spending, of course, the commissioners would soon be here but they are not the ones to account for the spending in your various ministries. Of course, they will give instructions and try to help me run the affairs of government to the extent of our promises to the people and also the agenda of our government.

“But we will hold each and every one of you accountable for the ministries that are been administered by you and I also want to be held accountable by anyone here. I am working from the standpoint here that nothing, absolutely nothing is hidden in this whole case.

“If people think they have hidden anything, it is the only thing that they can start and finish by themselves only and I don’t think there is anything like that in this place.

“For whatever that has to be done, there will be one, two or three participants. So, I can’t even start the process and finish it by myself alone. So, there must be accomplices and people who are ready to support me to do something that is not edifying, so if I think such things are hidden, I will be deceiving myself and it is the same for everybody.

“So, I will solicit for your cooperation and nobody has anything to fear. If you do what you are supposed to do, nobody will witch hunt anybody. I also want to say, if you see something, please, by all means, say something and we will deal with the situation.”

The bill was thereafter presented by the Governor to his Special Adviser on Legislative Matter, Mr. Samuel Adejumo for onward transmission to the state House of Assembly.