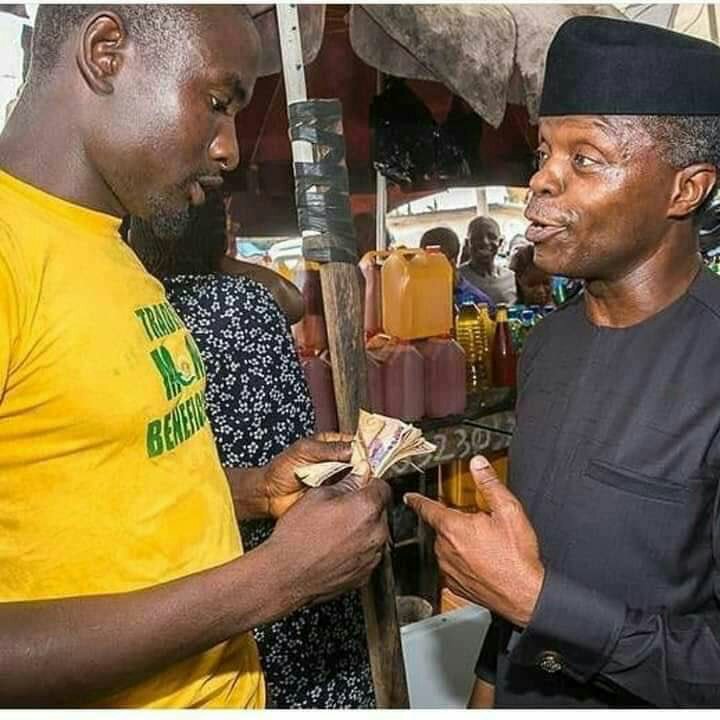 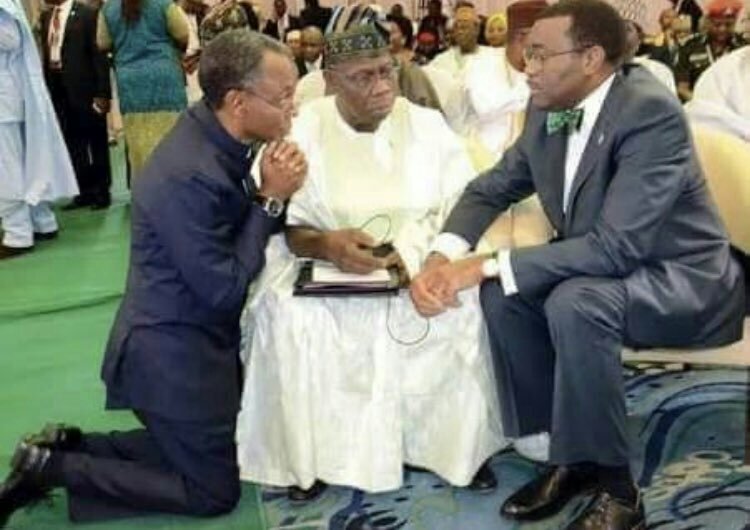 A Yoruba officer walked up to Mr Oladipo Diya at the height of his 1997 crisis with his boss, Mr Sani Abacha. “Sir, what is happening?” The very senior officer looked away from the colonel and told him there was nothing.

“Sir, did you say there is nothing?” The officer asked with a tone of rhetorics and switched to deep structure Yoruba. “Sir, ti owo ko ba se san mo, a a ka l’eri ni” (if you can no longer swing your arms, fold them on your head).

The General looked away; the colonel left. That was on December 13, 1997. Nine days later, Diya fell from everything called power. He also lost his freedom – and almost his life. It was like a journalist who reportedly asked Mr Abubakar Tafawa Balewa at the Lagos airport what he would do with the political fire raging in the West.

The prime minister reportedly looked around and declared: “Ikeja is part of the West and I can’t see any fire burning.” That was less than a month to the January 15, 1966 conflagration which consumed the leader who said there was no fire anywhere.

The tragedy of humans in power is that they ignore endgame signs and refuse to make quick amends. You have been reading or hearing stories about Vice President Yemi Osinbajo and the picture of his today in the Villa. Are you asking questions about what tomorrow will bring for this principal and his beneficiaries?

George Orwell answered that query a long time ago with his most haunting statement: “If you want a picture of the future, imagine a boot stamping on a human face – forever.”

Last Friday, I read Speaker of the House of Representatives sulking that his words were not law before our service chiefs. His House of Representatives summoned the generals and those ones respectfully sent some guys to go listen to the House for them. The generals apparently knew where real power resides in this democracy – not in a House lacking rocky, steely stuffs.

By now, the legislature is supposed to be educated well enough to know that no service chief would waste his precious time facing cold fires from a captured overlord. The parliament in a real democracy is the most powerful. We’ve seen it in action in Britain since the Brexit struggle started. You can’t sell the powers you have and still wield them. Mr Winston Churchill once deplored persons whose “insatiable lust for power is only equaled by their incurable impotence in exercising it.” A Sango priest who cannot ‘send down the rains’ with a full complement of lightening and thunder is a fake. Mr Mamman Vatsa at his 1986 trial said so many immortal things in a few words. One of those things I took away forever from his speech is: “The day you start mocking yourself, others will join you.”

Gbaja did not like the fact that the House enjoys very lean respect outside its chambers. With his rain-beaten colleagues around him, he felt very little and inadequate and wailed. He lamented and hit his egg head against the wall wailing that he would report the generals to the president. That sounded like some weak orphan whose bean cake (akara) had just been wantonly snatched by the village bully. He reminded me of the ‘I-will-tell-my-father’ stuff of those spineless days. If the speaker can’t speak and be respected, can’t he just fold his arms and hang them on his head? Or is he too Lagos and too removed from Yorubaness to know that a kite that is scared of chickens has no right or claim to that name?

History is a stubborn goat. A certain Mr Babafemi Ogundipe was Mr Aguiyi Ironsi’s deputy and the most senior military officer in Nigeria that survived the July 1966 northern coup. While the post-coup crisis was on, he gave an order to a sergeant and the Non-Commissioned Officer (NCO) told him he took orders only from his captain. What did the brigadier do? He did something like this Gbaja sob. He melted away – forever.

Vice President Yemi Osinbajo interests me a lot. Since May 2015, he has been the very willing courier of all manner of menial messages and executor of curious tasks for his boss and his boys. He also enjoyed the smoothness of everything with his special caste of pious Pentecostals. Suddenly last week, his skies appeared rent and it has since been raining everything unpleasant on his office’s leaky roof. Then, he attended a burial in Ekiti on Friday and chose to talk about ‘saboteurs’ and ‘fifth columnists’ wrecking his boss’ government.

When I read a sitting Vice President blaming ‘fifth columnists’ for his government’s success in entrenching failure, I said, yes, we are getting there. If that term “fifth columnist” had come from a failed school certificate holder, I would have said maybe he did not know that he was peeing right into his own bedroom. But it was a professor of law who used the term. He cannot, therefore, be heard pleading ignorance of the fact that the term refers to the mortal enemy within.

Fifth columnists, wherever they exist, are chinks in the armour of the king and all around him. Someone describes the fifth column as the “inner front.” The 1936 Siege of Madrid where that term came from is a story of war, death and preemption. Who was Osinbajo reporting the “saboteurs and fifth columnists” to?

At what point did he become aware of their existence in the Buhari government? A leader is not enthroned to lament in supine helplessness. Bertolt Brecht wrote that a leader “cannot be arraigned for declaring a war…but only for running a war badly.” A sitting vice president has no business crying out about an enemy within. If he lacks the power to deal with that known foe, then let his eagle drop his feathers, talons and beak. They are useless to him and his tribe.

National politics in Nigeria is a deadly market of ravenous birds. Kites, vultures, hawks and eagles are the investors in blue chip Nigeria. If you would survive here, better be the eagle and perch at the very top, safe and deadly. The eagle is the worry of all other birds of danger – that is the wisdom the North has right from the beginning of Nigeria. There are talks down South that almost all southerners who served as number two to northern presidents had gory tales to tell. This appears to receive a nod from history. But is it also not true that these southern victims of northern power game had at the height of their glory sold their souls to alien gods? They always snub their sources thinking the sweet festival in Abuja would never end. They forget that puppeteers never really set free their toy to be man and manly. The North is the soaring hawkish eagle of power. It forever keeps what it has while cooing southern captives to use their indentured fingers to fetch, from infernal hell, chestnuts of power.

I take what a fan of this column from the Hausa Fulani North recently exchanged with me. He had reacted sharply to what he described as my tendency to see the North as Nigeria’s sole illness. We had a back-and-forth argument on this point, then he dropped this:

“Perhaps I should have told you of my appreciation of the tolerance level of southern Nigerians. There’s no doubt that the North treats the south like a ‘conquered territory’. Almost everything has to be on her terms. The insensitivity embedded in Buhari’s appointment would have resulted to a serious crisis in the country if any southern president dared it. I know much of your tolerance is due to your level of education, exposure and cosmopolitan orientation and also our (un)civil war experience. However, I think your docility in the South is giving armour to the northern elite for the brazen display of hubris, arrogance and lack of respect for Nigerian laws and the constitution. And if you don’t rise up and check it, it could snowball in total recolonisation of the South. I know that the South is fractured politically. The Yoruba vs Igbo; Igbo vs South South and so on. This serves well the northern elite.”

He spoke the truth and I knew. The North is the masquerade which spends others’ money; the chameleon that clads itself in others’ clothes. But it is also true that the northern political elite have succeeded this far because they do not sell their region while groveling before temporal power. They have their eyes on the ball all the time. Think 2023!

I enjoy reading social media posts of the Kaduna State governor, Nasir el-Rufai. His kite does not snatch chicks in secret; he does it right in the market place. He is not like the other so-called cabal in the Villa whose strength is in their voiceless anonymity. El-Rufai’s posts are windows to his mindset and his mind’s workings. With him, you know where you stand on any issue. He is definitely not a coward who shoots his arrows heavenwards and runs for cover. Two days ago, in the midst of the Osinbajo storm, he posted on Twitter and Facebook a stuff which he called Saturday Wisdom: “The moment the masquerade begins to think he is God, the masquerade will be unmasked and reduced to be a laughing stock that is lower than a human being.” The glove appears off; the fight looks set to be bare-knuckle. The governor added that what he posted was a “Yoruba Proverb.” Why el-Rufai chose a “Yoruba proverb” to teach wisdom on a wet, stormy Saturday morning, I do not know. The cold reason should be known to him alone and maybe to his Yoruba teachers. Proverbs in Yorubaland are used like Fulani sticks to beat the errant back home. Sometimes the sticks hit the market mud to soil anyone close enough to receive portions of the sticky stuff. That is what el-Rufai has done. He mentioned no one – named no names but the subject of his taunt and threat should take heed and prepare for the sacrifice of nakedness. But did he look in the mirror as he typed those words?

Wole Soyinka, in his ‘A Play of Giants’ suggests that to unmask the gods is to destroy their “ambience of power.” That is the task el-Rufai has set for himself. Enoch in Chinua Achebe’s ‘Things Fall Apart’ did same. He pulled off the mask of Umuofia’s egwugwu. The next day, he lost his entire compound – and the village church – to the fire and machetes of ancestral spirits. So, in the battle of life, everyone is a vulnerable masquerade, sort of. Maybe I should add that there are several masquerades in the pantheon of proverbs in the Yoruba world. One recognizes the fact that behind the guttural mask is a human being.

Another warns every masquerader to use the ancestral costume wisely and with modest wickedness. The masked one who whips the crowd beyond the borders of entertainment will soon become human once again.

*No egungun festival is perennial like River Niger; none is celebrated till eternity. That is why leaders are counseled to rule well and with milk of human kindness. But who is that el-Rufai masquerader who thinks himself God? And are we about to witness the unmasking of a masquerade, the removal of all “fragments of humanity” and humanness in the mythical? Or is the unmasking rite already unfolding before our very eyes? Most times it is a sacrilege to breach sacred groves; but sometimes it is expedient (and exciting) to smash the gourd of sacredness, violate the inviolable, make the wise very unwise. But in all situations, there is a price to pay – for all sides.*