We established Operation Amotekun to narrow gaps in security sector—Makinde

…says we violated no constitutional provision 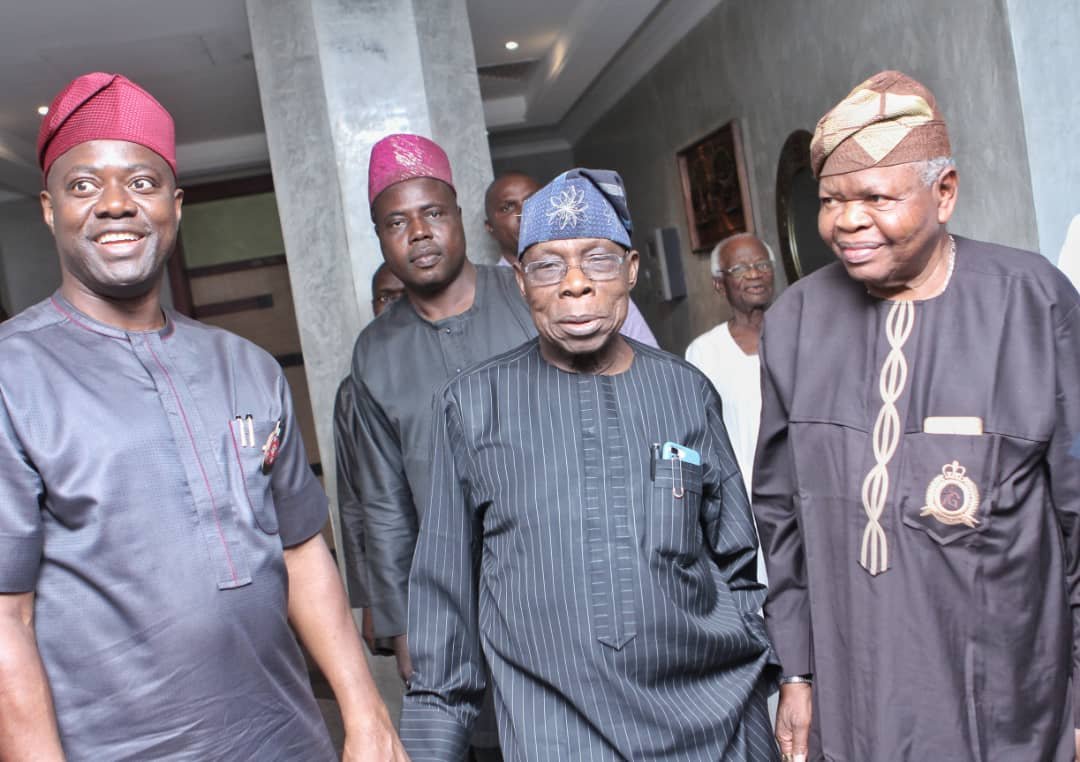 Oyo State Governor, Engineer Seyi Makinde, on Wednesday declared that the Western Nigeria Security Network codenamed Operation Amotekun was established to complement the work of the security agencies and bridge the gaps in the security of the geopolitical zone.

He made this position against the backdrop of the statement credited to the Minister of Justice and Attorney-General of the Federation, Mr. Abubakar Malami, in which the Minister claimed the outfit was illegal.

The Governor claimed that the Minister’s comment was misguided, as according to him, he was not empowered to make such declaration.

A statement signed by the Chief Press Secretary to Governor Makinde, Mr. Taiwo Adisa, indicated that the Governor said this during a visit to former President Olusegun Obasanjo in Abeokuta.

He statement added that since the Attorney-General’s position was not conveyed through any official correspondence, it should be taken with a pinch of salt, as the Governor stated, government cannot be run on pages of newspapers or through the social media.

According to Governor Makinde, Operation Amotekun has not in any way violated the Constitution, but rather, it was an intervention to narrow the gaps in security in the South-West.

He added that given the centrality of security to governance, the Governors of the South-West designed the Operation to complement efforts of the Nigerian Police and other security agencies.

He said that the Operation was designed to help in combating insecurity in all the nooks and crannies of the South-West states of Nigeria.

Governor Makinde said: “You don’t run a government on social media. If I see a letter or receive a call from the Attorney-General of the Federation saying that Amotekun is illegal, it will be a different reaction. For now, I have been reading on social media just like you and I have not seen anything official to that effect. Besides, I don’t think that in a country like Nigeria, the Attorney-General should just wake up and make his own law. He may interpret and advise the President about legal issues but I have not seen anything that gave his office the power to make such declaration.

“This outfit [Amotekun] is complementary to the effort of the Nigerian Police and other security agencies. In Oyo State, the government has four pillars; namely education, health, security and expansion of our economy through agribusiness. So, security is a major pillar for us and we believe we cannot have any development in an atmosphere that is not secure.

“If you look at investments, the money coming into an economy is like a coward; if such money sees anywhere that is not secure, it will fly. So, security is key and security agencies are doing their best but there is still a gap. Just like in most sectors of our body polity, we do have gaps; in education, health care delivery and the rest. We believe playing complementary roles will help to narrow those gaps.”

Speaking on the purpose of the visit to former President Obasanjo, Governor Makinde maintained that he was in Abeokuta to pay a visit to the former President as part of the tradition to pay homage to elders to wish them a happy and rewarding New Year.

He said: “As you all know, it is a New Year and, traditionally, one should go out to greet elders to wish them a happy and rewarding year. So, I came here to greet Baba and wish him the best for this year 2020.”

Governor Makinde, who stated that his administration had been recording successes and peace because the people were supporting its programmes and policies, promised not to take the people for granted.

“On governance in Oyo State, if you know what you want to do, you just basically follow your plans. Before we even came into office, we produced a document, entitled Oyo State Roadmap for Accelerated Development 2019-2023, which serves as a framework for accelerated development in Oyo State. The document is still there, it is a life document. People can still go there to assess our government.

“Oyo State is peaceful and we have the support of the people rallying behind our programmes and policies. We appreciate them for that and we will not take them for granted,” the Governor said.