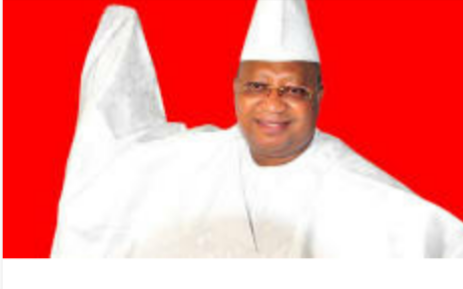 In a statement by his Special Adviser on Communication and Strategy, Mr. Yomi Layinka, in lbadan, on Sunday, the governor said he received the news of Adeleke’s sudden death with shock and disbelief.

The governor described the late senator as a celebrated and committed politician, distinguished senator, grassroots mobilizer, socialite and great philanthropist.

Ajimobi said, “When the news filtered in that Senator Adeleke was dead, l was extremely shocked and amazed. I found it very difficult to believe, because he was bubbling with life when l saw him last.

“Senator Adeleke was one person l admired for being a fine politician who committed his life to the service of humanity and his native Ede land.

“Right from his days as the first elected governor of Osun State up till his death, he never wavered in stretching his helping hands to the poor and the needy.

“His role in the dominance of the All Progressives Congress in Osun State, from when he decided to team up with the progressives, till death, is noteworthy. Senator Adeleke was an asset to our party. He will be greatly missed.”

Ajimobi also commended the late senator’s contributions to debates on the floor of the Upper legislative chamber, which, he said, contributed immensely to quality legislation by the National Assembly.

The governor expressed the regret that the cold hands of death snatched away Senator Adeleke at a period when he said his wealth of experience was needed to salvage the country from its current socio-political challenges.

He added, “His sudden death is even more regrettable because the people of Osun State, members of the APC nationwide and indeed all Nigerians will henceforth miss his gregarious personality, his zeal for development as well as his great mobilization skills.”

Ajimobi prayed that the Almighty Allah should grant the soul of the late senator Aljanah firdous, and for God to grant the bereaved family, the late senator’s friends and kinsfolk in Ede the fortitude to bear the loss.