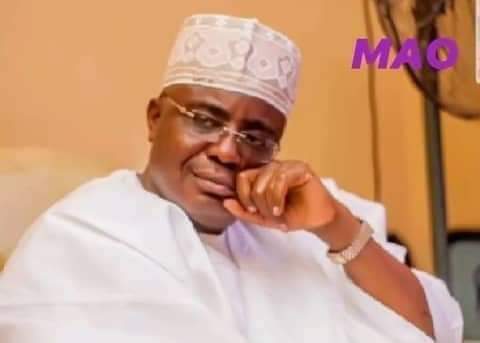 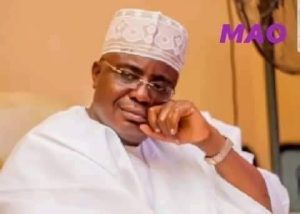 A frontline gubernatorial hopeful in the 2023 governorship election, Prof. Adeolu Akande has revealed how the popular constitutional lawyer, Ahmed Raji paid for his tuition fee at a point he almost abandon a Masters Degree programme in the University.

Akande who penned an interesting Facebook post on Friday to celebrate Raji on his birthday said the lawyer was a brilliant student from the days of his secondary school to the time of law practice, as well as an outstanding philanthropist.

Barrister Ahmed Raji is an indigene of Iseyin and has been known for his contributions towards the development of the community and his people.

“His alias at the Anwar Ul Islam High School, Iseyin, was “LMD Kokoewa” because he loved beans. The appellation has changed several times over the years, but he is still defined by what he loves. His friends call him “Ahmed the Law” because of the huge impact he has made in the legal field.

“He is the lawyer of choice in many of the most celebrated cases in the country. To others, he is known as “Baba Adinni of the world” because he is a strong worshipper and advocate of Islam. He is the Baba Adinni of Iseyin and Oke Ogun in Oyo State. He is a philanthropist extraordinaire. Last year, he redefined philanthropy in this part of the world. All the houses in his sprawling family compound in Iseyin were demolished and the structures were replaced with modern bungalows that now house over 100 families, complete with elaborate sanitary facilities, water supply and health services. Across Oke Ogun, his name is synonymous with philanthropy in the areas of education, community development, entrepreneurship, and the promotion of the traditional and political institutions.

“He had always been a star. By the second year in high school, he established a reputation for writing English Language essays that teachers could not fault. There was a common phenomenon in those days where students with an affinity for the arts were weak in the sciences. He was an exception. He excelled in every subject. We were not surprised when he declined admission to The Polytechnic, Ibadan for Accounting, instead choosing to study at the Oyo State College of Arts and Science, Ile Ife, preparatory to reading Law at University of Ife.

“There were many “fabus” about his exceptional brilliance at school. One was that because he was the son of an alfa, he had access to ‘Ogun Isoye’ (a purported African magical substance that gave him an extraordinary memory). I was shocked when we became close friends and I got to know that his father was a farmer, not an alfa. I had the privilege to share a room with him at OSCAS and his tendency to play the devil’s advocate and to argue marked him as a lawyer “from birth”.

“His philanthropy has not come as a surprise to some of us. Several of us have been recipients of his generosity. One incident stands out: In 1989, when I was about to withdraw from the Master’s programme at the University of Ibadan due to insufficient funds, I went to meet him at Kusamotu, Olojo Chambers in Unity House, Broad Street, Lagos, where he was undergoing his youth service. During our conversation, I told him about my predicament. Without a second thought, he said he had just been paid his NYSC allowance that morning and off we went to the bank where he handed me his entire N200 monthly allowance! Imagine that!

“It continues to be a great pleasure and honour to call him a brother and a friend.

“Please join me in wishing Alhaji Ahmed Raji SAN, (Baba Adinni of Iseyin and Oke-Ogun and the Garkuwan Yashikira, Kwara State) a happy birthday and many happy returns,” Akande said.