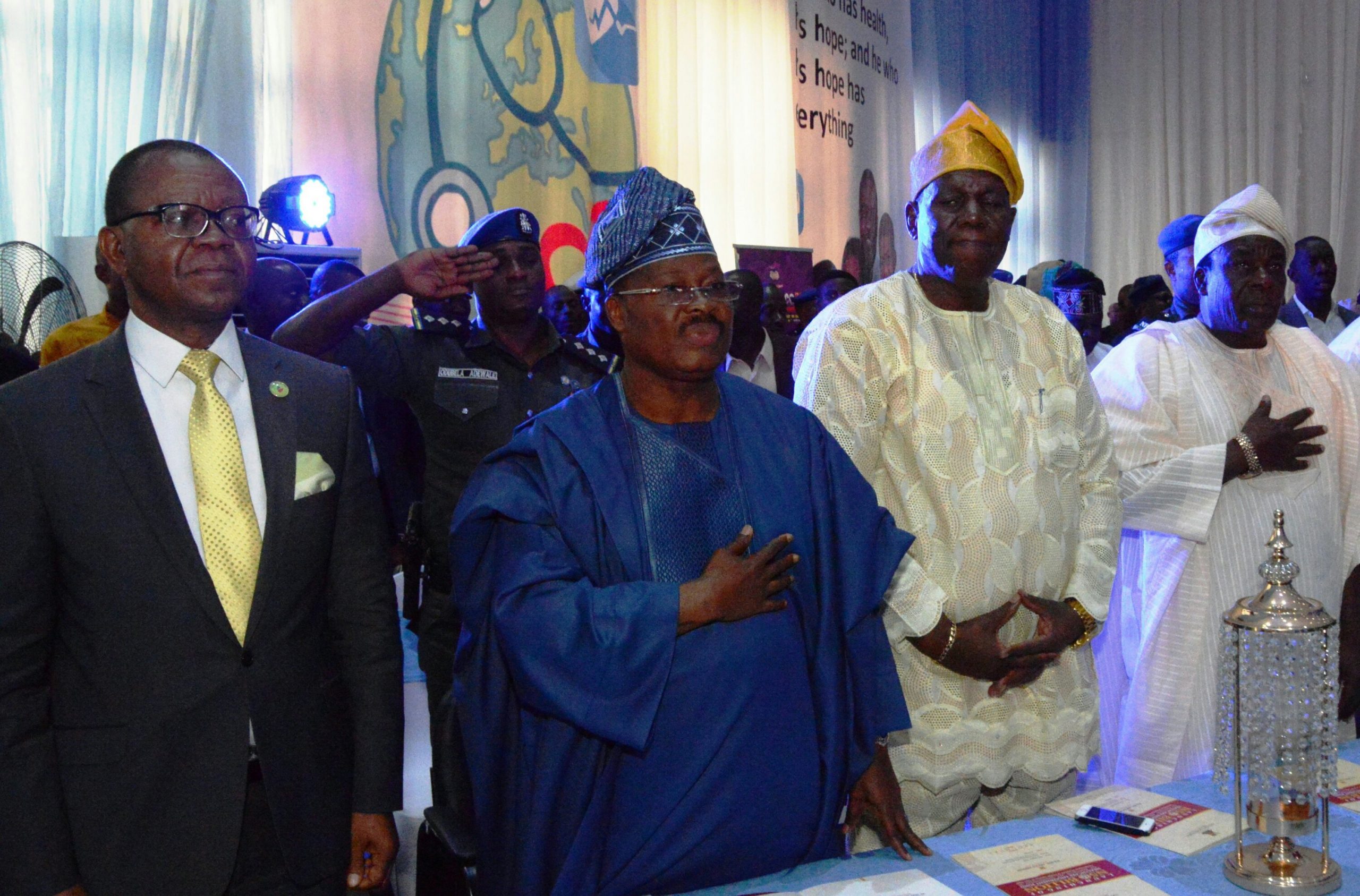 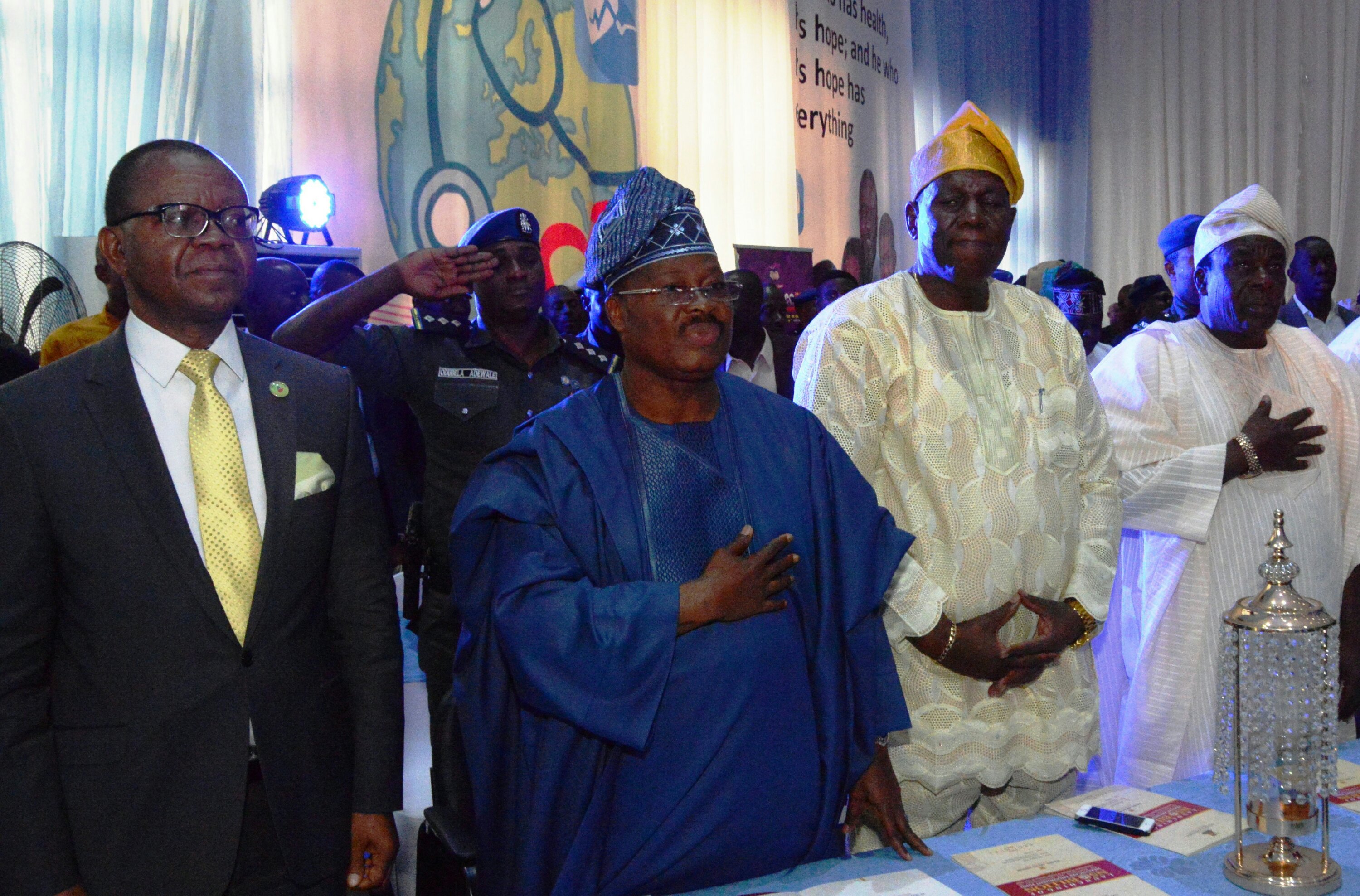 Governor Abiola Ajimobi of Oyo State has disclosed that the recently introduced health insurance scheme is compulsory for all residents of the state, assuring that funds realized from the N50bn endowment will be judiciously utilized and well accounted for in line with the administration’s tradition of prudence, transparency and accountability.

The governor said that the N650 month subscription fee for the health insurance will be deducted from the salaries of workers in the state, stressing that the workers of state’s contractors will also be mandated to subscribe to the scheme.

Governor Ajimobi made these disclosures on Thursday at the official launch of the N50 billion HealthCare Endowment Fund, which attracted donations and pledges from International organisations, private sectors, government functionaries, traditional rulers and eminent personalities, for the restoration and transformation of government hospitals and health centres in the state held at the International Conference Centre, UI, Ibadan.

He said “the recently introduced Health Care Insurance Scheme is a move in this direction. Our target is the active participation of all and sundry in the development, management and funding of Health Care Services. While I heartily appreciate the high level of subscription already recorded, I wish to enjoin all those who are yet to register to go forth now to enjoin the benefits.”

The governor explained that there are growing examples in Nigeria where private sector involvement in healthcare delivery is helping in no small measure to complement Government’s efforts in the provision of efficient and sustainable healthcare services, noting that as individuals and corporate bodies, everyone should give back to the system part of what the system has given to them.

Governor Ajimobi stated that private sector involvement in healthcare dates back to 1883 when compulsory sickness insurance was introduced in Germany for some categories of workers, pointing out that this marked the establishment of the first model of mandatory healthcare insurance in the Western world.

According to him, “Our administration has also realized the fact that we cannot fund the health sector alone without the active support of, and assistance from, the private sector and corporate bodies.

“We must, therefore, do all within our capacity to promote and achieve healthy living in our State.

“The endowment fund will no doubt, take care of most of the issues which have arisen from the dearth of fund owing to the dwindling resources of Government. I therefore charge you all to join us in our avowed commitment to revolutionize the health sector for enhanced service delivery as our administration has identified and treated health as one of the cardinal sectors,” he added.

Governor Ajimobi, who charged everybody to take the issue of their health seriously with regular check-ups, stated that the government has constituted a Board of Trustees consisting of eminent personalities and people of high moral standing to manage the fund, saying “let me assure you all that the Fund we are endowing today will be judiciously utilized and well accounted for in line with our administration’s tradition of prudence, transparency and accountability.

“As such, you are all assured of prudent application of the fund.”

In his address, the Chief Launcher at the Endowment Fund, Dr Paul Abolo said that health should not a humanitarian issue nor philanthropic, stating that it should be seen as the responsibilities of all to provide quality health care delivery.

The State Commissioner for Health, promised that the fund realized from the endowment fund will be used for equip the state hospitals, assuring that the Primary Health Centre in the state will be upgraded to international standard in the next 6months.

In his own speech, the Consultant on the endowment fund and Managing Director of HealthCare Communications noted that the concept of an endowment fund is international, stating that 30/40% of investment in Health comes from high networth individuals.