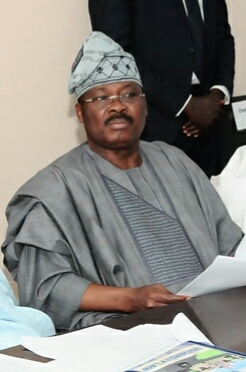 The Oyo State Governor, Sen. Abiola Ajimobi has cautioned caretaker chairmen of Local Government Areas and Local Council Development Areas (LCDA) within the state to avoid activities that could lead to dysfunction and communication gap between the government and the people.

The Governor urged them to desist from reckless acts that are unbefitting of the people saddled with the responsibilities of serving and seeing to the welfare of the people, advising that they should prioritize grassroots development in their localities and contribute their quotas to the positive transformation of the state.

The Governor, who was represented by his Chief of Staff, Dr. Gbade Ojo, enjoined the LGs/LCDAs’ bosses to imbibe the spirit of humility, hard-work and listening ear in order to get the state developed.

According to him, “the essence of this training and induction programme is for the Caretaker Chairmen to play a new role and function as grassroots’ developers. This induction is to enhance efficiency at the Local Government level and we want you to think of iconic projects that will have positive impacts on the people.”

Sen. Ajimobi charged the Caretaker Chairmen to think out of the box in order to utilize the available resources, adding that they should block all the Internal Generated Revenue (IGR) leakages to ensure full utility of the funds available.

In his opening remarks, the State Commissioner for Local Government and Chieftaincy Matters, Hon. Bimbo Kolade said that the training for the Caretaker Chairmen was to sensitize them on the modalities of running the affairs of the government as well as to managing the public resources.

Hon. Kolade admonished them to let the training reflect in their lives and make a positive change in their areas, urging them to share the transformation vision of the present administration in Oyo State.

In their responses, the Caretaker Chairmen of Itesiwaju Local Government and Iganna LCDA, Hon. Àdeniyi Àdeagbo and Hon. Égunjobi Samuel promised to do their best in moving their respective local government forward and pledged their loyalty at all times.

They also reaffirmed to key into Senator Ajimobi’s transformation agenda and vowed to make the people at the grassroots level enjoy the dividends of democracy.