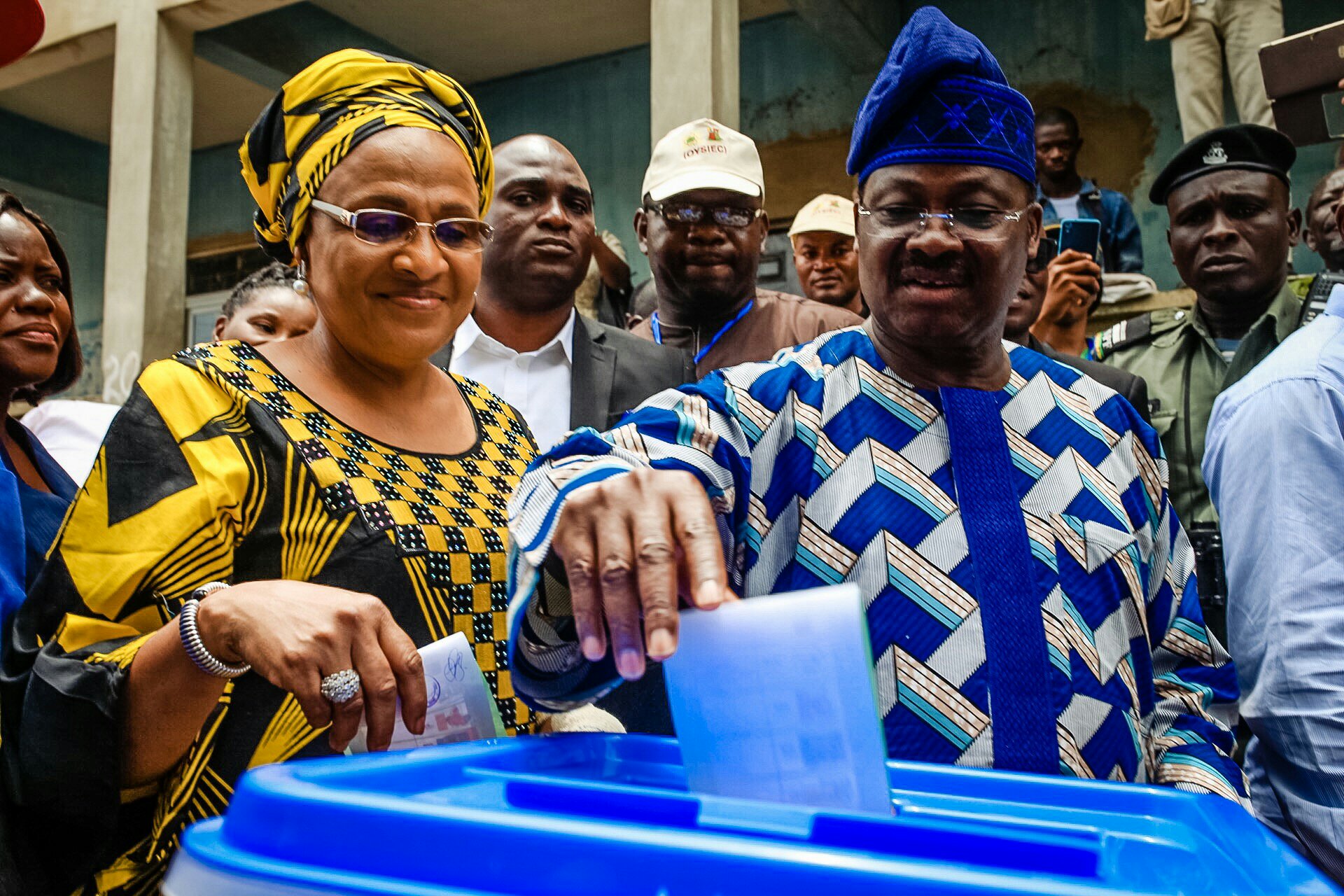 Oyo State Governor, Senator Abiola Ajimobi, has condemned the resurgence of the cult war in Idi-Oro and Ayeye areas of Ibadan North West Local Government, which allegedly claimed the life of an innocent young girl, on Saturday.

A statement by the Special Adviser, Communication and Strategy to the Governor, Mr. Bolaji Tunji, said that the governor was pained by the disturbing news, especially coming on the heels of the successful conduct of the state’s first local government election in 11 years.

He said that the governor condoled with the family of the victim and vowed to ensure that the perpetrators were brought to justice.

Ajimobi said, “From the intelligence reports at my disposal the perpetrators of this heinous and condemnable crime were the recalcitrant cultists engaging in supremacy battle in Idi Oro and Ayeye areas of Ibadan who yet to embrace our peace initiative.

“That they chose to disturb the peace of the neighbourhood on the day Oyo had a very peaceful LG election across the state is regrettable. I was told that elections took place successfully in the polling booth closest to the scene of the incident without any hitch before the cultists struck.

“I want to use this opportunity to condole with the family of the victim for the irredeemable loss. Let me again warn that those bent on scuttling the peace that we have enthroned across the state in the last seven years will leave to regret their action.

“I have directed the security agents to ensure that they fish out the perpetrators of the crime and ensure that they are brought to justice. I want to appeal to the good people of Oyo State to join hands with the government to sustain our hard earned peace.”

Meanwhile, the governor, Senator Abiola Ajimobi, has expressed satisfaction with the conduct of the LG across the state, saying he was highly impressed with the turnout of voters.

The governor cast his vote at 12:07pm. along with his wife, Mrs. Florence Ajimobi, at Ward 09, Unit 20, Community Grammar School, Oluyole, Ibadan.

He said that reports reaching him from 33 local governments and35 Local Council Development Areas (LCDAs) of the state indicated that the exercise was peaceful, orderly, free and fair.

The governor expressed confidence that his party, the All Progressives Congress (APC) would win in all the local governments and LCDAs in the state due to the outstanding performance of his administration in the last seven years.

Ajimobi said that his administration had enthroned peace and security since its inception, thus erasing the typecast of Oyo as a state of brigandage and violence and had promoted the socio-economic well being of the people of the state.

He also expressed happiness that in spite of the several failed attempts at conducting the council elections occasioned by some legal encumbrances, the exercise eventually held in a peaceful atmosphere.

Ajimobi called on Nigerians to support the enthronement of good governance by getting their voters’ cards with which they could exercise their franchise.

The governor, who described voting as the civic right of every individual and an avenue to either remove a non-performing government or retain a performing one, thanked the people of the state for their understanding and support.

He said: “As you can see, the election has been free, fair, peaceful and orderly. It is well organized and our people are casting their votes without let or hindrance. I like to commend the people of Oyo State for continuing this process that we had started.

“Oyo State used to be seen as a state of brigandage, where violence reigned. But since we came in, we have established and encouraged peace and development as well as promoted and enhanced the socio-economic well being of our people.

“I am happy that despite the needless controversies which had trailed our patriotic attempts to conduct the local government elections, the exercise has eventually held.

“I also like to encourage our people to get their permanent voter cards (PVCs). Nigeria will surely get better with good governance. But we cannot get that if we do not have the instrument of voting.

“I am confident that our party, the All Progressives Congress (APC) will win this election by a landslide, regardless of the people making noise. We are used to noise making. It is part of the game of politics.”

The Commissioner of Police in the state, Mr. Abiodun Odude, who was also on hand to monitor the exercise, said his men had been on ground to ensure orderly conduct of the exercise.

He said that all the areas he had so far visited indicated that the election had been free, fair and peaceful.

Odude said: “My observation in all the voting centres that I have visited so far shows that the election has been free, fair and peaceful.

“Men of my command have been on ground at every point of voting across the state. Aside the areas I visited, the reports from the rest of the state showed that we have had a successful exercise.”