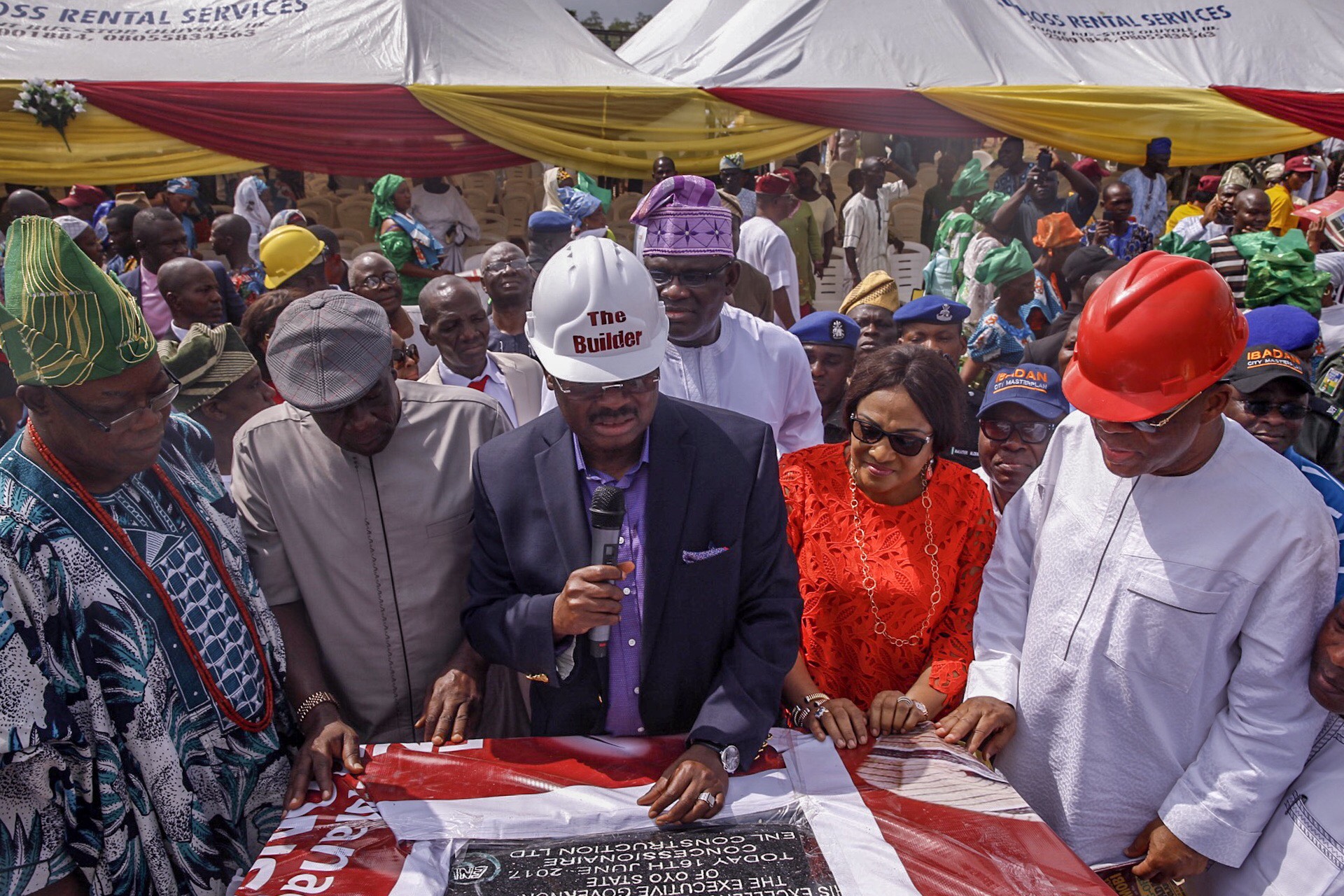 Oyo State Governor, Senator Abiola Ajimobi, on Friday flagged off the construction of the Ibadan Circular Road estimated to cost about N70 billion, which will boost the socio-economic development and transportation system in the state.

The governor, while speaking at the flag-off held at Badeku Village in Ona-Ara Local Government Area, said the 32km first phase of the 110km road would be completed within 18 months. 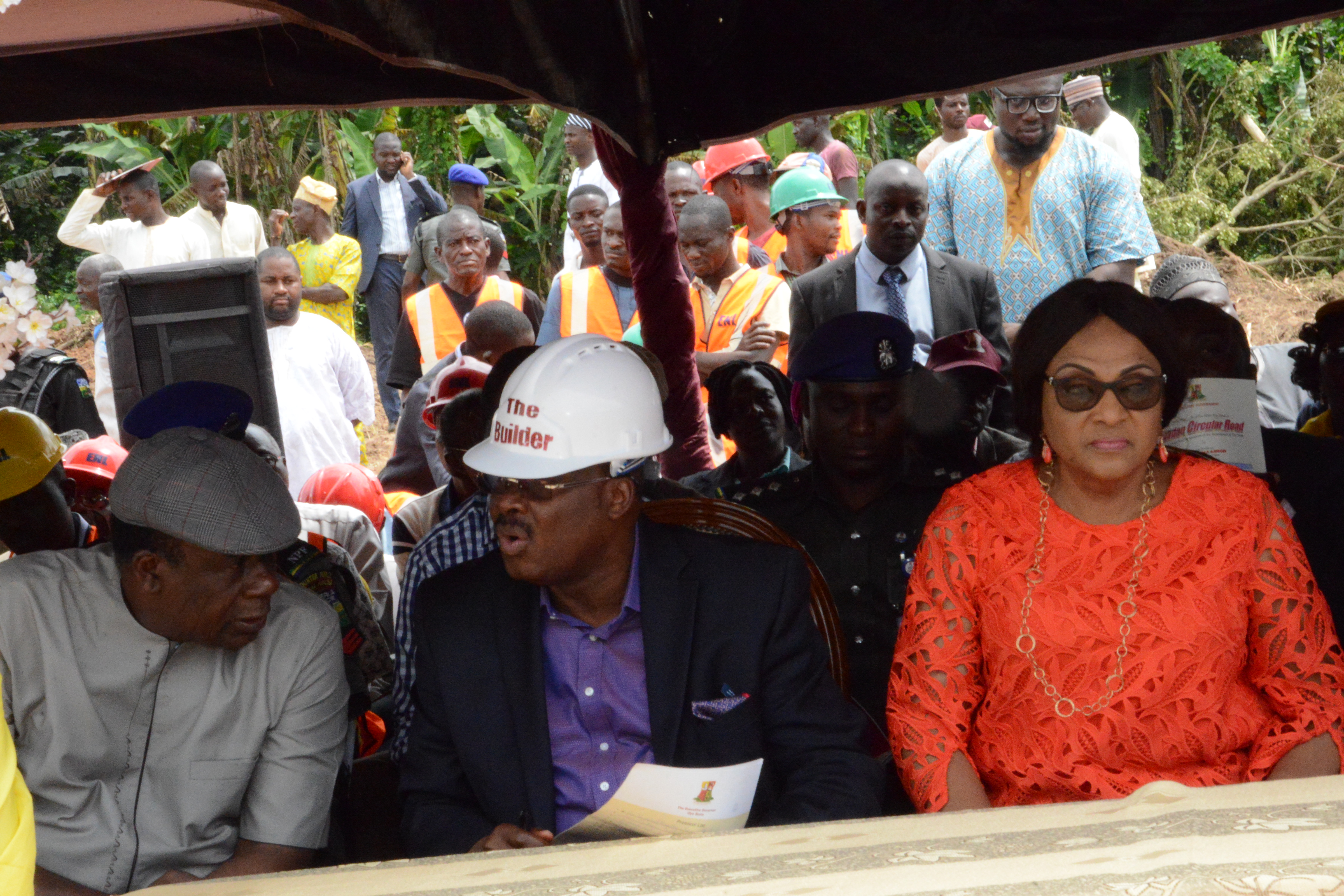 He said the first phase of the project, which would start from Badeku Village and end at Ajanla Village on the Lagos-Ibadan Expressway, representing the Northeast corner of the project, was awarded to the ENL Consortium Limited.

According to the governor, the project will be financed through a facility sourced from the Nexim Bank of China by the contractor on a “Build, Operate and Transfer“ arrangement between the ENL and the state government.

Ajimobi said: “This project is at no cost to Oyo State Government; our partner (ENL Consortium) shall raise fund to finance it on the basis of `build, operate and transfer’ as part of our public-private partnership agreement.

“Nexim Bank of China will provide the fund because of their belief in the expertise and international best practice of our partner for whom we are guarantor’’.

Describing the project as a dream which had remained unfulfilled until his administration successfully brought it into fruition, Ajimobi said, when completed, it would further enhance the socio-economic development of the state.

Besides, he said it would generate unquantifiable number of skilled and unskilled employments as well as end the perennial traffic snarl within the Ibadan metropolis and help those travelling in and out of the city.

The governor pledged that his administration would not leave any project uncompleted, stressing that that was why government opted for the PPP arrangement for the circular road to ensure its speedy completion.

Ajimobi, however, called on the federal government to support states with more funds for development to reach the grassroots.

In his address, the state Commissioner for Works and Transport, Mr. Wasiu Dauda, said the circular road was conceived as a by-pass to divert traffic away from the city, thereby reducing travel time and operating cost of vehicles.

Dauda said aside the 32km first phase, he gave the length of the remaining three phases as Northwest 33km; Southwest 24km and Southeast 20.8km.

He explained that the first phase would include provision of hydraulic structures, lined drains, culverts, three bridges, two interchanges/flyovers, pavement of lateritic sub-base of 200 millimetres, three security posts, two filling stations and street lights, among others.

The Chairman ENL Limited, Prince Adesuyi Haastrup, expressed happiness that his firm was considered worthy to be part of the efforts at modernizing the state and Ibadan city, pledging to deliver the project within the stipulated time without compromising the standard.

Haastrup claimed that his Consortium had accessed $232million for the construction of the road and that work would start immediately.

The representative of the Olubadan of Ibadan land, High Chief Lekan Balogun, the Eleruwa of Eruwa, the Onpetu of Ijeru, the Onjo of Okeho, who all spoke at the occasion, applauded the government for the modern trend of development introduced being introduced into the state.