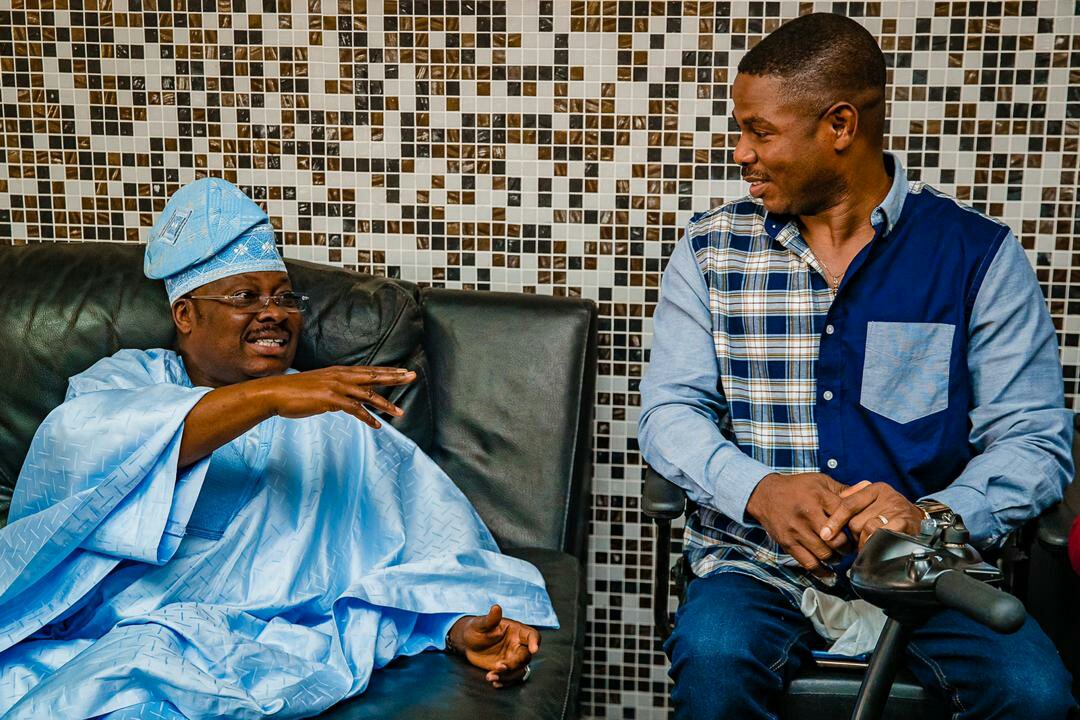 Popular music producer and Gospel musician, Mr Yinka Ayefele, has expressed `profound gratitude’ to the Governor of Oyo State, Senator Abiola Ajimobi, for assisting him to remodel and rebuild his Music House to a better edifice.

Ayefele, who runs a popular radio station, Fresh FM, in Ibadan, led top management of the station on what he called a `thank you’ visit to the governor, in his office, on Tuesday.

The façade of the building housing the radio station had been partially demolished by the state’s Physical and Urban Development Control in August 2018 for contravening physical planning and urban development laws.

But, the governor had intervened in the matter following personal pleas by Ayefele and the expression of his preparedness to comply with the restructuring model proposed by the agency.

The agency had justified its action on the initial refusal of the management of the building to rectify the infractions and its insistence on safeguarding lives and property of residents and commuters plying the Music House area.

Aiyefele, who described Ajimobi as a listening father and good leader, said he had learnt lessons from the whole saga and had appreciated the need for mutual understanding and cooperation between the government and citizens.

He said: `I have come here with my management team to say a big `thank you’ to our father (Ajimobi), a good leader and someone who I will boldly describe as a good example to this generation for his large heart.

“I also want to thank all the people working with the governor, especially the committee that worked with our own management committee on the remodelling and reconstruction of the Music House for their exemplary conduct.

“God has wiped away my sorrow through you (governor). You have helped me personally in this matter, because I have been down emotionally since the partial demolition of the building. I have learnt lessons from the incident. Now, the building has become a better edifice.

“On behalf of my family, my staff and all the good people that expressed concern when the incident occurred, I hereby express my profound gratitude to the governor for the kind gesture.’’

As a mark of appreciation, Ayefele later presented a sketched portrait of the governor to him, while Ajimobi in turn commended the gospel musician for the bold step. 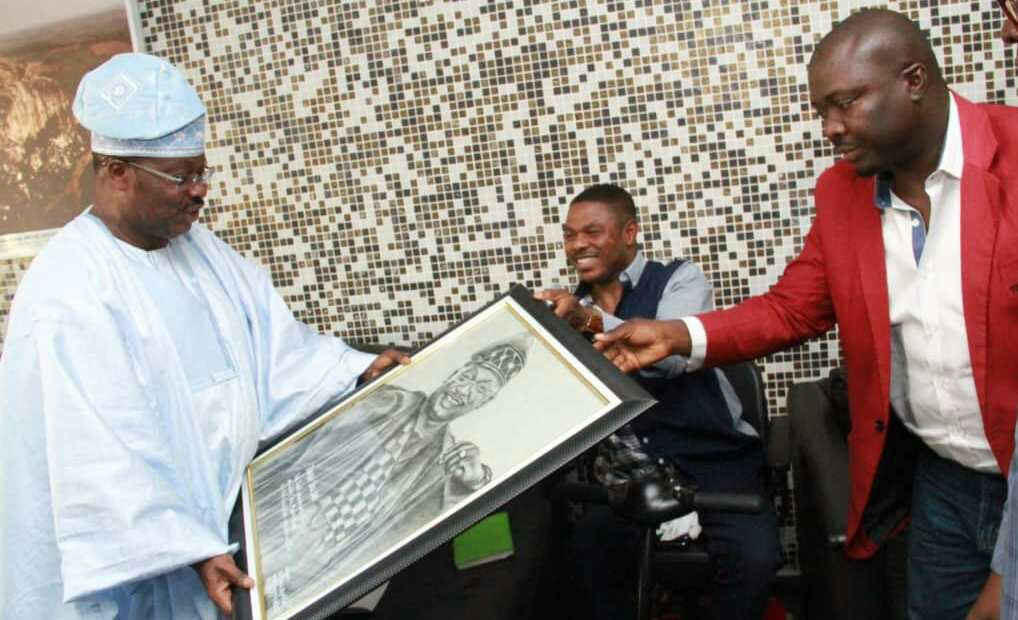 Commenting further, Ajimobi, said that institutions and citizens must not forget the lessons in the whole matter.

He said: “It is the grace and mercy of God that have made it possible for us to be where we are today; to be able to contribute to the society. I must first admit that my brother, Aiyefele, has contributed and he is still contributing immensely to the society.

“I am glad at your initiative to come here to express gratitude; even the initiative you took initially to come and discuss with the government when our agency insisted that the rules guiding the urban and physical development must be adhered to.

“We agreed on a damage control because laws had been broken already. It is gratifying that you came and agreed that you would comply with the laws. I must say that you played a major role as a good citizen to ensure that government’s goals and objectives were protected.

“The Music House is no longer a death trap now. Those within the neighbourhood and commuters are no longer being obstructed from the traffic situation on adjoining roads. Those cursing me then, where are they now that we have corrected the contraventions?

“Citizens should know that government is for them and will always support them. But in doing this, they should also be prepared to obey the laws of the land because nobody is above the law.’’

The governor, who prayed for the continuous success of Ayefele and any business he ventures into, promised to feature on his radio station for an interview soon.

He used the opportunity to admonish the media to guard against sensationalism and to be objective and factual by always establishing the veracity of their stories before publishing them.

Ajimobi, who said he appreciated the important role of the media as the fourth estate of the realm, said that journalists also owed it as a duty to promote the socio-economic values of the society and the rule of law.