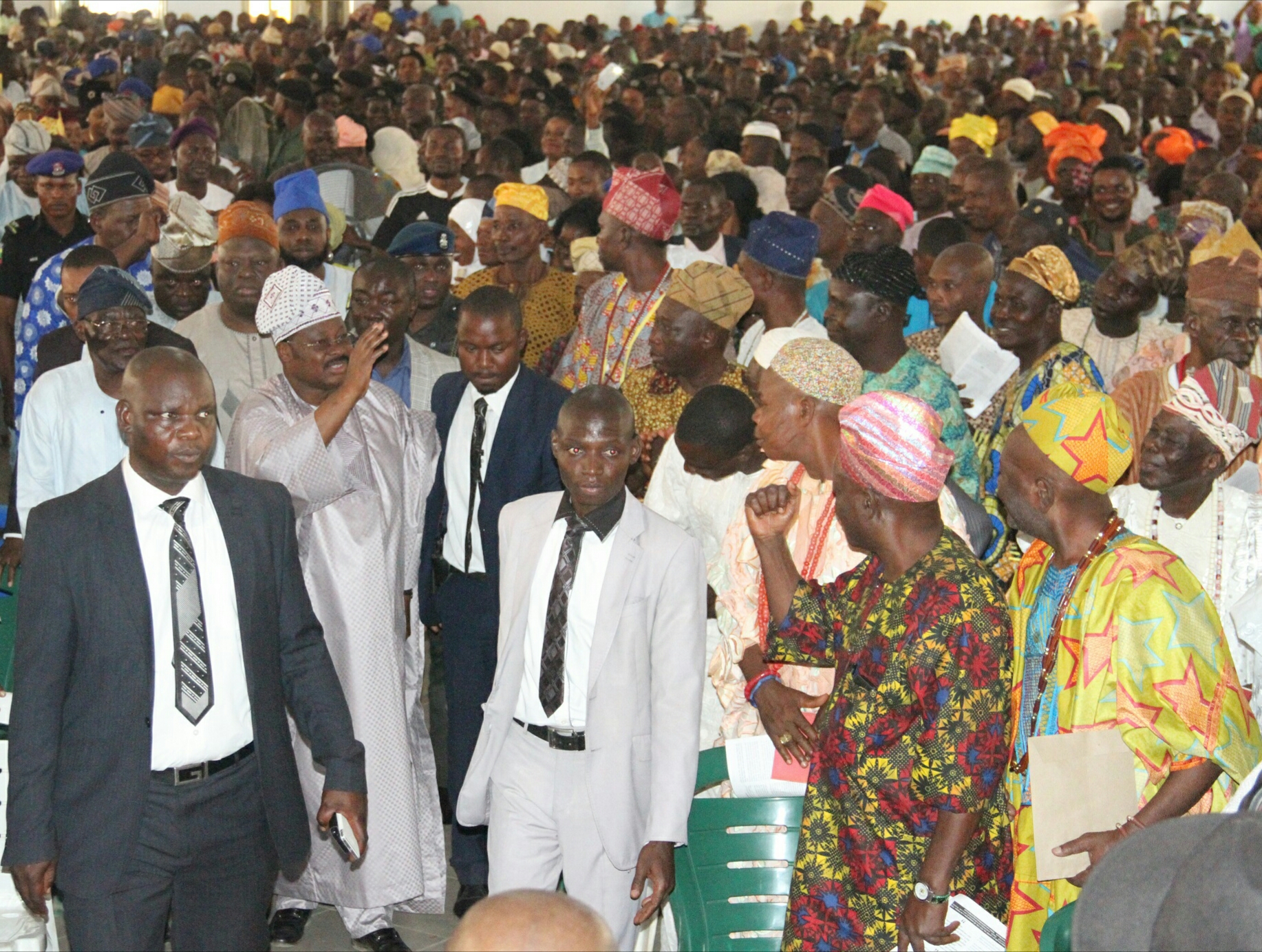 Oyo State Governor, Senator Abiola Ajimobi, has expressed support for the agitation by the people of Oke-Ogun zone to produce the next governor of the state.

He, however, counselled that the people must seek the support of the other zones of the state for the dream to be actualized; noting, for instance, that Ibadan alone constitutes 52 per cent of the entire population of the state.

The governor spoke in Okeho, the headquarters of Kajola Local Government Area of the state, at the fidau prayers for a stalwart of the ruling All Progressives Congress (APC), Alhaji Salami Oloola, on Sunday.

Addressing the gathering, the governor acknowledged the role played by the people of Oke Ogun in his election victories, particularly in 2015 when he won an unprecedented second term in office.

Ajimobi said, “I can recall vividly that during the 2015 governorship election, I won in nine, out of the 10 local governments in Oke-Ogun, and this aided my emergence as the first governor to secure a second term in office in Oyo State.

“I cannot thank you enough. I will forever cherish you my people from Oke-Ogun and I am using this opportunity to assure you that I will reciprocate your love for me.

“Without prejudice to the competence and legitimacy of aspirants from other zones nursing the ambition of succeeding me, I can say the people of Oke Ogun deserve my support.

“But, I will advise that you seek the support of people from other zones. You must win them over to win a governorship election. For instance Ibadan people alone constitute about 52 per cent of the population.”

It will be recalled that Oyo State was formed in 1976, alongside Ogun and Ondo States, from the defunct Western Region, while Osun was excised from the state in 1991.

The slain Attorney-General and Minister of Justice, Chief Bola Ige, an indigene of Esa Oke, which is in the present Osun State, was the first democratically-elected governor of the old Oyo State.

In the post-Ige era, Ibadan had produced five out of the six civilian governors that had ruled the state, including the incumbent, under different political configurations and platforms.

The only exception being Chief Adebayo Alao-Akala, an indigene of Ogbomoso, who steered the ship of the state between 2007 and 2011; apart from his infamous stint in the same office from January to December, 2006.

The governor said he had, in his own little way, repaid the loyalty and support of the zone by appointing the highest number of commissioners from the zone, which, he said, was unprecedented in the history of the state.

Similarly, he said that he had constructed and was still constructing new roads in Oke Ogun, while he also established new tertiary institutions in the area.

Ajimobi said he decided to personally grace the fidau of the late Oloola because of his credential as a committed progressive and a great supporter of his administration.

Aside being a close associate of the late father of the deceased, Ajimobi said that the late APC stalwart would be sorely missed because of his openness, love for his fellow men and commitment to party affairs.

Ajimobi used the opportunity to admonish politicians to desist from character assassination and politics of do-or-die, but to live a life worthy of emulation.

Speaking earlier, the Onjo of Okeho, Oba Abdulrafiu Adekiitan, praised the governor for his kind gestures towards the people of Oke-Ogun, and particularly for locating the Oyo State College of Health Science and Technology in his domain.

One Reply to Ajimobi supports Oke-Ogun agitation for 2019