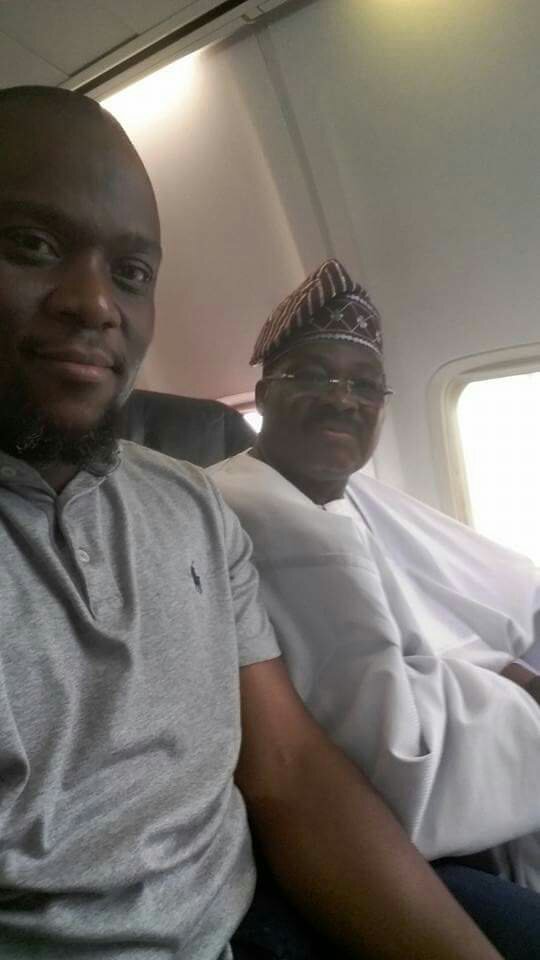 Ajimobi’s Brilliance, Like Tinubu Will Help Decide His Successor -Lawmaker

The people of Oyo State have been assured of a seamless transition from the present administration to another, come May 2019, especially in the area of continuation of developmental projects and policies that have changed the face of the State for better.

The Honorable representing Iseyin, Itesiwaju, Kajola and Iwajiwa at the Federal House of Representative, Hon. Abiodun Olasupo said this today during an interview with reporters in Ibadan today.
The lawmaker praised the brilliance and tenacity of Governor Ajimobi in setting out to achieve his developmental tripod stand of restoration, transformation and repositioning at the outset of his administration in 2011 which led to the feats achieved during the governor’s first term and by consequence, earned him a second term.
“My take is that governor Ajimobi worked for that second term because when he started what we call ‘the revolution’ in Oyo State, we never realized he would turn Ibadan from an urban jungle that he met to a respected city we have today.
“I was surprised when some Ibadan people did not vote for the governor’s second term during the last general election. It is a sign of being an ingrate. He turned Ibadan to a respected city. I was there. I had a lot of things doing there. I am a Quantity Surveyor and I have been practicing for close to twenty years.
“When he started all those projects, I said men! Can he finish all those things? But when he started closing them up, then I knew the man must have something nobody ever had in the history of Oyo State.
“It is a sign of brilliance and when you see somebody that is brilliant, people will tell him he is arrogant. He is a brilliant leader and a go-getter. At a point Lagos was choked up and Boko Haram was at its peak of notoriety, people were leaving Lagos for Ibadan and what did we have then? Dirty roads, bad network of roads, but he came and put all the major roads in shape and the dirt vamoosed.
“I met with the governor at Abuja one day and I said Your Excellency, my fear is not how you are going to end your administration because it is obvious, even to the blind that you are an achiever, but where you are taking us after 2019.
“He told me, he said ‘Biodun, I assure you that where we are going after 2019 is where Asiwaju Bola Tinubu took Lagos to in 2003. you can see the difference of sixteen years in Lagos since then. We are talking of stability, solid foundation, development, master-plan that have been put down and were built upon by successive administrations after him. That is what will happen in Oyo State by the grace of God,” Olasupo said, quoting the governor.

One Reply to Ajimobi’s Brilliance, Like Tinubu Will Help Decide His Successor -Lawmaker