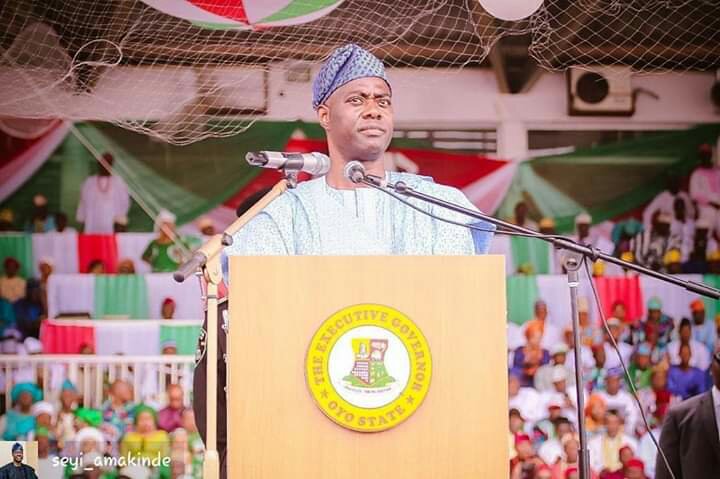 The newly elected National President of the Ibadan Progressive Union (IPU), Engr Olayinka Alli has called on the people of Oyo State to give maximum support to the administration of Governor Seyi Makinde in order to move the State to an enviable position, stressing that development can only thrive in an atmosphere of peace and tranquillity.

Engr. Olayinka Alli made this disclosure during the Annual General Meeting of the Union held in Ibadan, where new executive officers emerged.

Speaking after the election, the newly elected President, Engr. Olayinka Alli promised to run an open policy among the members of the Union, whom he urged to join hands with his tenure to move the ancient city forward.

The Union felicitated with the new Governor for being found worthy by the people of Oyo state to occupy the exalted position.

Olayinka said “We pledge the full support of our Union to the newly inaugurated administration in the state and call on the people of the State to give their support towards the success of the administration.


“We praye for God’s guidance and wisdom for the governor to take the state to a greater height as we all know that it is not easy to direct the affairs of a diverse and richly blessed State like Oyo State, but we also thank God that he has given us a governor who has the capabilities to take up the job and achieve uncommon feats.”

Other members of the union’s Executive include Mr Samson Akinwande as the treasurer, Dr Muideen Olatunji, as the Secretary, Dr Bashiru Olanrewaju as the Protocol officer among others.