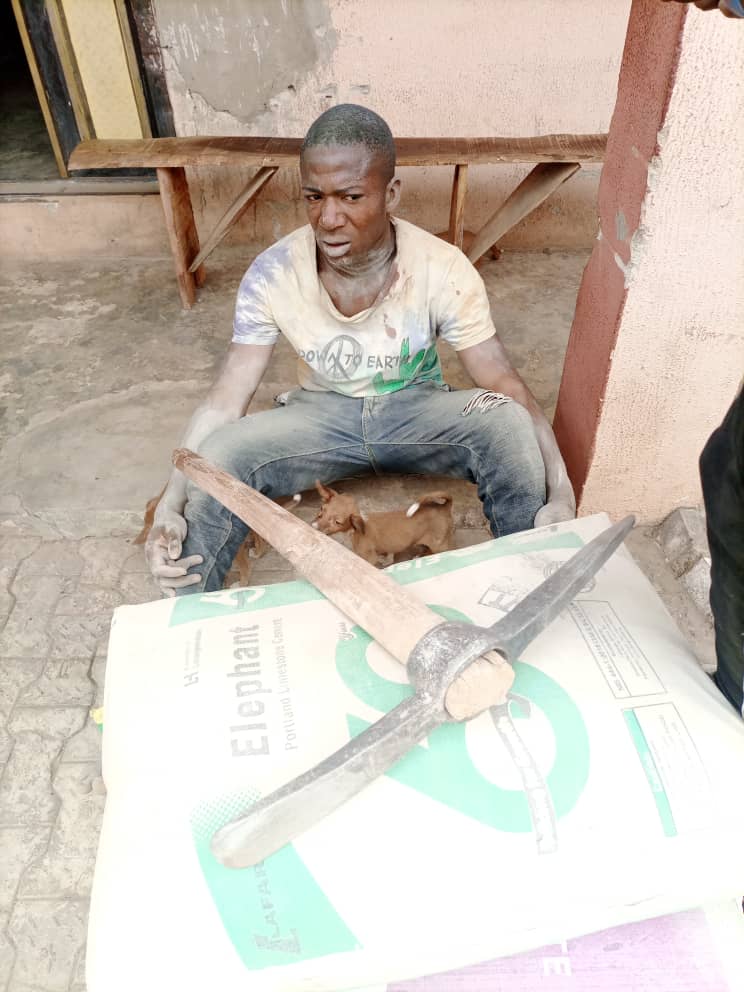 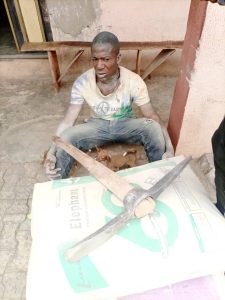 Yusuff Isiaq with the four bags of cement he stole 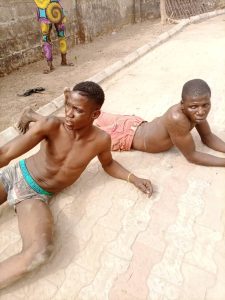 *Waliu Muraina (right) and Taiwo Adekunle after being arrested 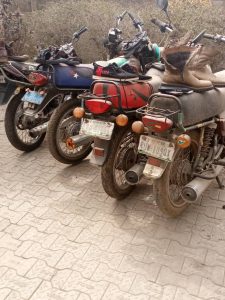 *The four stolen motorcycles after being retrieved

Three young boys were on Saturday, arrested at different locations in Iseyin, Iseyin local government by the men of Oyo State wing of the South-Western Security Network, codenamed ‘Amotekun‘ on allegations of stealing of four motorcycles and bags of cement.

Waliu Muraina who hailed from Ogbee compound, Isalu, Iseyin and Taiwo Adekunle from Alamo Compound, Oju-Baba were arrested for stealing four motorcycles from the houses of different owners while Yusuff Agbobamu was arrested after successfully stealing four bags of cement at a shop along Omojoda area in Atoori, Iseyin.

When asked what led him to steal the bags of cement, Yusuff said he was driven by a spirit that he could not resist, despite his mother’s effort at ridding him of the stealing influence.

“I stole four bags of cement at a shop at Omojoda area of Atoori, I have worked with the owner of the shop. I donty know what led me to this. I do floor tiling and I have already got freedom from my boss. I just woke up yesterday and went there to burgle the shop. My mom has been trying to remove the problem from my heart through spiritual means. She even traveled to Oyo to see somebody about it.”

Waliu and Taiwo however denied having knowledge about the stolen motorcycles but admitted that they helped a friend ride one motorcycle to Lagos as the owner could not do so by himself.

An officer of the Amotekun outfit who simply identified himself as John said the culprits would be handed over to police who he said would do further investigations on the matters before taking them to court for prosecution.