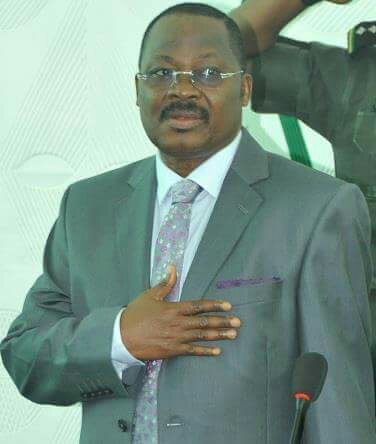 The Governor of Oyo State, Senator Abiola Ajimobi and the former Minister of Justice and Attorney General of Nigeria, Chief Akin Olujimi have tasked anti-graft agencies on thorough investigation and professional bodies on code of ethics in corruption cases.

The duo stated this yesterday during a summit by the Association of Professional Bodies of Nigeria, Oyo State branch at NIS Secretariat in Ibadan tagged, “the role of professionals in fighting corruption in Nigeria”, said adherence to code of ethics can help in the effort of fighting corruption.

At the event, the governor who was represented by Commissioner for Finance, Mr. Bimbo Adekanmbiencouraged professionals to always embrace code of ethics as guidelines to maintain orderliness.

According to him, professional bodies have codes of conduct which serve as guidelines on behavioral framework and this enable them to discover the erring professionals who are violating the working framework.

He said: “Professional bodies have role to reduce to a barest minimum, the menace of corruption to maintain integrity of their profession and win loyalty of investors as a way to assist in promoting economic development”, the governor said.

Corroborating him, the Chairman of the event, Akin Olujimi said corruption is not only in Nigeria but all over the world, a reason all hands must be on deck to curb its menace.

He said: “there is need to appeal to relevant authorities to authenticate allegations of corruption with valid proof through proper investigation to tackle corruption rather than just making unsubstantiated allegations. It is crucial in the fight against corruption that cases must be properly investigated before being taken to the law court”, he stated.

The new elected Chairman of the association, Prince Ganiyu Adebayo said professionals in the country are involved and are affected by corruption directly or indirectly.

According to him, a few of Nigerian professionals are thriving on corruption while many others are victims of corruption. He noted: ‘many of the professionals in practice in Nigeria are idle today because of the systemic corruption which favours foreigners than them, they are not trusted, they wouldn’t keep the secret’.

He therefore recommended that whistle blowing mechanism should also be instituted by state and local governments, firms and organization across the country and among other recommendations to help in the effort of fighting corruption in the country.