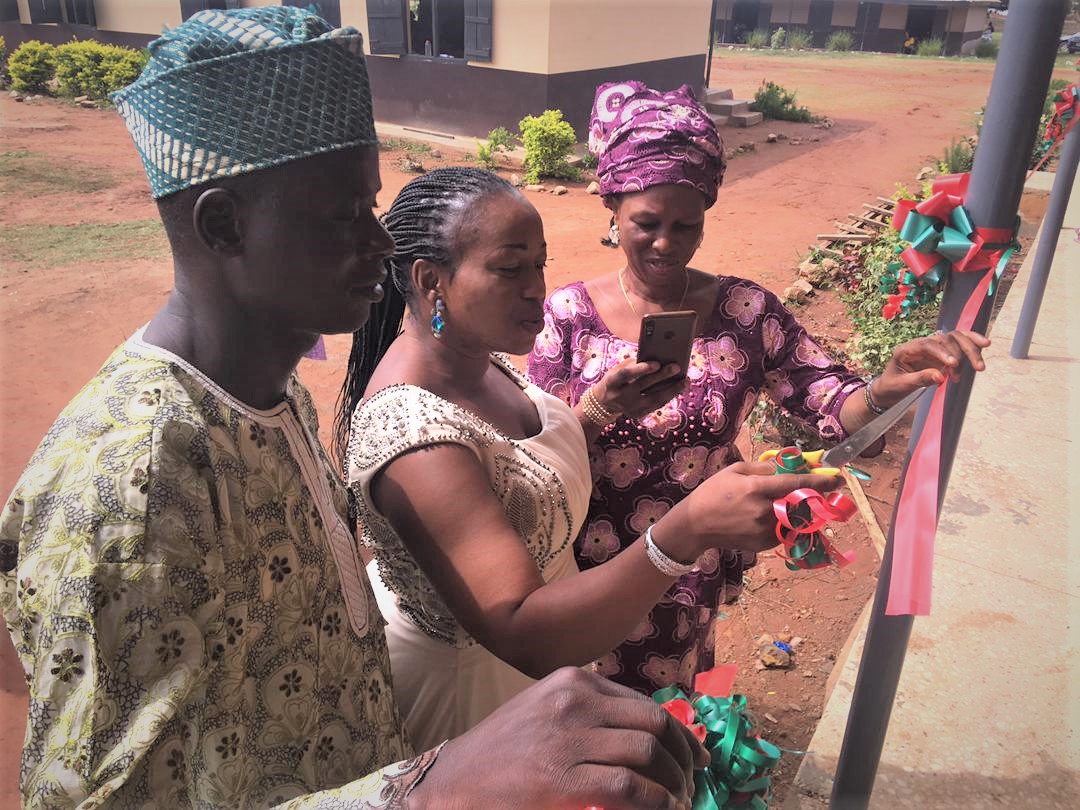 ….As Lateef Akeem Gets Foundation Scholarship 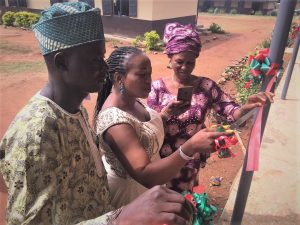 *Picture shows Mrs Kemi Ogosi of the ARK EduBridge Foundation, cutting the tape to commission the renovated library of St. John’s Grammar School, Isalu, Iseyin, with her is the Principal of the School, Mrs Abosede Oladotun and the representative of the school’s Old Students, Mr Ojo* 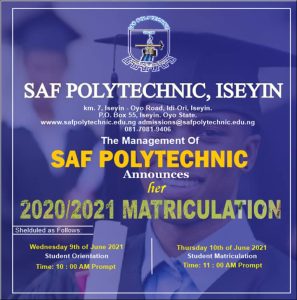 The newly-renovated library of the St. John’s Grammar School, Isalu Iseyin was commissioned on Friday amidst joyful songs and prayers from students, staffers and members of the Old Student body of the school.

The library has been abandoned for a long time before the foundation decided to take up the renovation and equipping of the facility with modern shelves and structural touches. 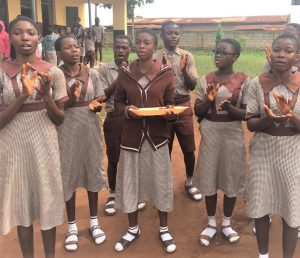 *Picture shows some students of the school, singing and praying for the members of ARK EduBridge Foundation*

ARK EduBridge also donated a motorized bore-hole for the use of people at Arowosegbe compound at Itan in Iseyin, which will be commissioned on Saturday. 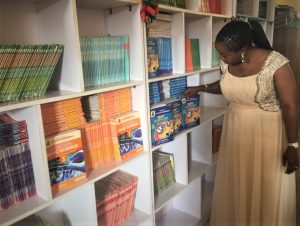 *Mrs Kemi Ogosi of ARK EduBridge Foudation, inspecting the shelves of books at the library*

In her words during the commissioning, the Principal of the school, Mrs Abosede Adedotun hailed the efforts of ARK EduBridge for making the dream of the school management to have a standard library.

She said the library would help in redirecting the interests of students from what she called frivolities, to important academic endeavors that would shape their future for the best.

“ARK EduBridge has come to our aid at a very critical time to give us a library that will help our students concentrate on studying and making good grades in their academic endeavors.”

A member of the ARK EduBridge Foundation, Mrs Kemi Ogosi said the body was moved to embark on the project among others to give back to the society that has given so much to the members of the foundation, who are children of late Pa Rasheed Kehinde.

Meanwhile Lateef Akeem, the eleven year-old boy that was reported by The Chronicler Newspaper to have been abandoned by his parents after having had his right hand amputated, has been given scholarship by the ARK EduBridge foundation.

Lateef would write his primary school leaving examination soon and he is moving to the secondary school to further his education. 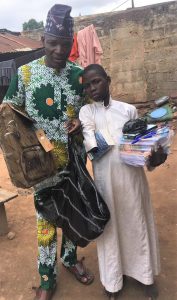 *Lateef Akeem with his school materials being handed over by the Editor of The Chronicler Newspaper, Alhazan Abiodun, as part of the boy’s scholarship award for his secondary school education from ARK EduBridge Foundation*

At the commissioning of the motorized borehole, people of the Itan community were appreciative of the gesture of the foundation as they took turn to pray for the members of the organization. 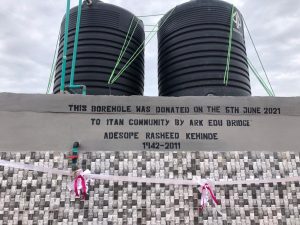 *Faces at the commissioning of the motorized borehole*