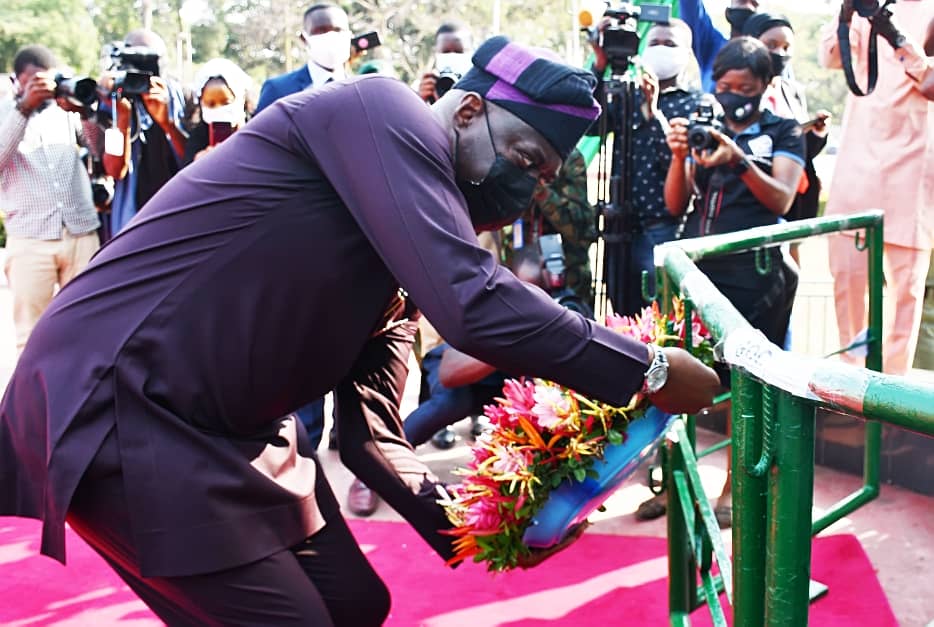 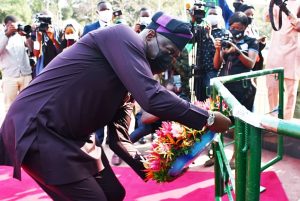 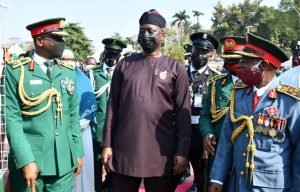 Governor ‘Seyi Makinde of Oyo State, on Friday re-assured security agencies of his continuous support in the determination to keep Oyo State safe and secure.

The governor, who was speaking at the grand finale of this year’s Armed Forces Remembrance Day, held at the Remembrance Arcade, Government House, Agodi, Ibadan, declared that his administration remains committed towards the welfare of security officials in the state so as to keel lives and properties of residents safe and secure.

A statement by the Chief Press Secretary to the governor, Mr. Taiwo Adisa indicated that Makinde equally performed the traditional wreath-laying at the 2021 Remembrance Day celebration.

He commended the officers and men of the security agencies, for their efforts in battling insecurity in the state, urging them to continue to do their best to ensure that peace reigns in the State and the country at large.

He said: “I will like to take this opportunity to thank officers and men of our security agencies. This is an unusual time and they are doing their best. So, for us as a government, our responsibility is to encourage and support them.

“On that note, I want to give a reassurance to the people of Oyo state that, for us and our security agencies, we will continue to do our best to ensure a safe, secure and stable environment.”

The Chairman, Nigerian Legion, Oyo state command, Michael Fajimi also appreciated the Oyo State government for improving the welfare of the dependants of the fallen heroes in the State.

“I want to thank God for the way the governor has been leading us. “Today, we can see his presence and he has been trying for us to see to the welfare of the fallen heroes and their dependants. He has been trying and we have been passing our goodwill messages accordingly.

“This is a period that we have sober reflection to remember the departed ones among us and we thank God that we are alive today. As far as we are concerned, we are making frantic efforts to see that these people are not left behind.”

He, therefore, appealed to the Federal Government to continue to assist the veterans and the fallen heroes so as to make life more meaningful for their dependants.

According to him, “I want to further appeal to the government to continue to assist the veterans in respect of the fallen heroes. The government has been trying but we want it to push further so that life will be easy for the dependants of these fallen heroes.”

The occasion also witnessed the 21-gun salute and symbolic release of white pigeons by Governor, Seyi Makinde to usher in peace into the country.