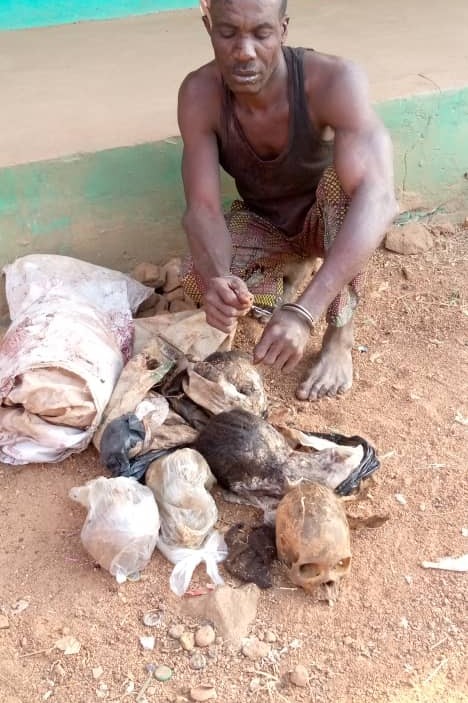 One of the two suspects arrested on Tuesday for exhuming corpses and harvesting their parts at the Muslim burial ground in Iseyin, Wasiu Ajikanle, has been described as a serial offender.

He was said to have committed the same offense of exhuming corpse and harvesting the parts in December 2020, for which he was detained in police custody.

Ajikanle, according to a resident of Iseyin that would not want his name mentioned, was nabbed with two dry corpse heads by the security men employed to man the cemetery.

He was later released under circumstances not known to the people before being apprehended again on Tuesday by men of the Oodua People’s Congress (OPC) along Alamole, Elegede area of Iseyin.

A call from residents  has therefore gone to the management of the cemetery to put in place better security architecture to forestall further desecration of the burial ground.