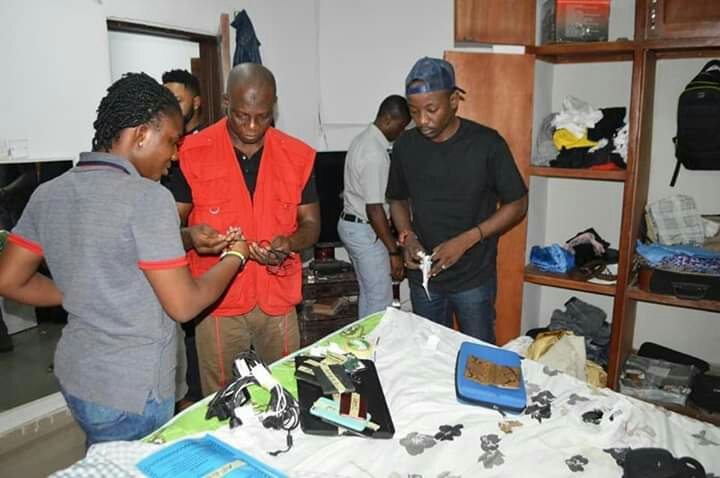 Aseyin Calls For Intelligence on Insecurity in Oke-Ogun, Congratulates Prof Adeniyi on Appointment

Aseyin Calls For Intelligence on Insecurity in Oke-Ogun, Congratulates Prof Adeniyi on Appointment

Aseyin of Iseyin, who doubles as the Chairman, Oke-Ogun Council of Obas, HRM Oba (Dr) Abdul-Ganiy Salaudeen Adekunle Oloogunebi Ajinese 1 has called on the Aare Ona Kakanfo of Yorubaland, Chief Gani Adams and others to give intelligence report at their disposal to the security personnel in the State to help nip any terrorist act in the bud.

Oba Salaudeen stated this in a statement sent to newsmen on Wednesday in response to a report in the news that Otunba Gani Adams claimed that suspected ISIS terrorists from neighbouring countries have entered Oke-Ogun area with about 500 power bikes and assorted ammunitions to unleash violence on the people.

He said as good as the Intel from the Aare Ona Kakanfo was timely, there was still need for him to feed the appropriate security agencies with the needed information so as to dig into the mission of the suspects and possibly make arrests.

“The Oke-Ogun Council of Obas met yesterday, Tuesday 25th 2020 to discuss issues affecting our region and individual community but the issue of suspected terrorists was not mention by any member till the end of the meeting.

“I read in the news this morning that the Aare Ona Kakanfo claimed that suspected terrorists have infiltrated our region and my first thought was that he could have called me, he has my number, we could have presented the case before the meeting and get more facts and if possible contact our Governor, Engr. Seyi Makinde on the ways forward.

“I appreciate Chief Gani Adams boldness and struggle to preserve the safety of our people, being the essence of his Chieftaincy title, but I want him to please carry the security agencies along so that we can nip this problem in the bud.

“Our military, police and paramilitary personnel have shown gallantry in the fight against terrorism, all we need to do to win this war is to give them support and provide information to prevent possible attack.”

Oba Salaudeen Adekunle used the occasion to congratulate the newly-appointed Deputy Provost of the College of Medicine, University of Ibadan, Professor Fatai Adeniyi on his new post.

He said the post has shown that many O-Ogun indigenes are worthy of leading in all their professional endeavors, calling on Adeniyi to use the post to better humanity.