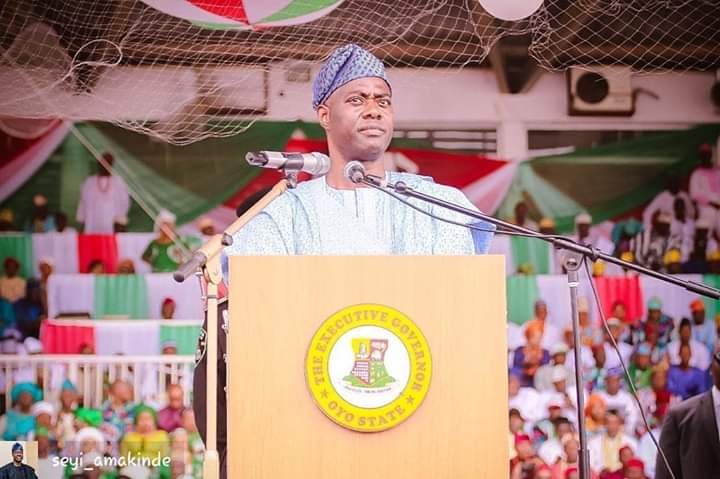 Bailout funds: Oyo APC should bury its head in shame

Bailout funds: Oyo APC should bury its head in shame

The attention of the Peoples Democratic Party (PDP) has been drawn to a statement credited to the Oyo State chapter of the All Progressives Congress (APC) that Governor Seyi Makinde should do all he has promised since he has allegedly got N7.9 billion bailout funds.

In the same statement issued by the party’s Publicity Secretary, Olatunde Azeez, the APC also offered some unsolicited advice to the ruling party in Oyo State, especially on the purchase of vehicles for judges and management of the Ladoke Akintola University of Technology, LAUTECH, Ogbomoso.

A statement by PDP’s Publicity Secretary in Oyo state, Engineer Akeem Olatunji, however accused the APC of merely seeking to distract the new government in the state through unwarranted claims.

According to the PDP, comments by the APC on the said bailout fund only show that the opposition party was saddened that its government did not get the opportunity to mismanage the bailout fund.

The statement indicated that while the PDP was not averse to taking credible and quality advice from any quarter in the state, it was wary of “licking a poisoned chalice dressed innocuously as an altruistic advice from the APC on the above-mentioned issues.”

The statement further read: “We are all witnesses to how the immediate past APC government mismanaged the fortunes of the state and failed to fulfil its promises to the Judges, the Judiciary and the entire people of the state during its eight year rule.

“We cannot also forget in a hurry how the APC government put the future of thousands of our children who are students in LAUTECH in peril through unwarranted strikes and lack of funding.

“Rather than gallivant about on the streets proffering unwanted advice to the government of Engineer Seyi Makinde, the APC should bury its head in shame for the unmitigated mismanagement its government foisted on the people of Oyo State in the last eight years.

“Let us restate here that the government of Engineer Seyi Makinde has sold itself to probity and accountability. It is not a decision forced on us by anyone. And in that regard, every kobo that accrues to the state will be judiciously used.

“We believe that some members of the APC are already getting jittery on realising that the PDP government is about to establish an anti-corruption commission in the state. It is clear that the hint of the incoming anti-corruption agency is making some persons in that party to commit unforced errors.”

The statement also enjoined the opposition in the state to allow the new government settle in and face the task of rebuilding the state which was practically crippled under the watch of the APC.