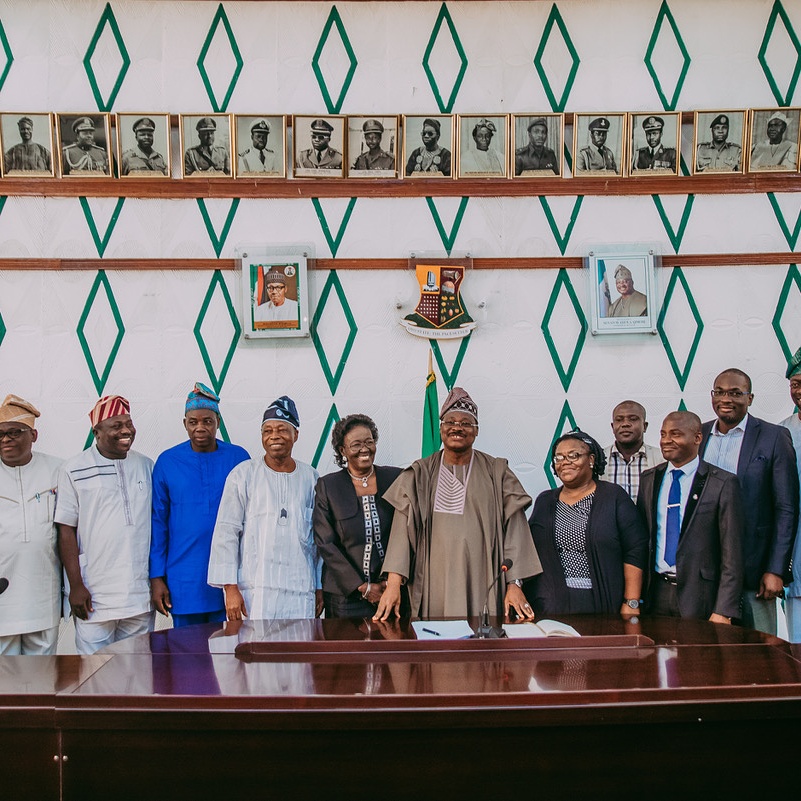 Three Togolese citizens were on Wednesday held at Odo-Omu area of Iseyin local government after they escaped border patrols from the Republic of Benin through Saki and arrived Iseyin on Tuesday.

Commando Kwasi, Eberivie Isiaq both male adults and Kemi Terivie, a female mother of one went to Cotonou, Republic of Benin in January and returned for the new farming season.

The Nigerian government announced a total blockade of Nigerian borders at the break of the COVID-19 pandemic alongside other countries around the world to stem the spread of the virus.

The Chairman, Iseyin local government, Hon. Mufutau Abilawon who, alongside the representative of Aseyin of Iseyin, High Chief Ikolaba of Iseyin, Chief Ismahil Odubiyi and medical members of COVID-19 local committee were at the residence of the foreigners to ascertain their travel history and medical condition.

Hon Abilawon said “we rushed here when we heard of the information to ascertain its veracity and quickly nip the spread in the bud.

“As directed by Oyo State governor, we are not to cover any case of illegal incursion of foreigners or COVID-19 case as the government is working day and night to stop the spread of this deadly disease.

“Members of the COVID-19 committee are here with us and they have questioned the individuals to know their health status and travel history, but we are not stopping at this, we need to have an emergency meeting with all Community Chiefs (Baales) tomorrow morning to warn them from harbouring foreigners that just came in till this crisis is over.

“These  arrive agrarian communities to assist farmers during planting season which we are, but we have to face the reality, our lives are more valuable than any other thing, we must curtail their influx.”

However, shortly after the COVID-19 committee for the local government, led by the Interim local government Chairman, Hon. Mufutau Abilawon and traditional chiefs left the scene, personnel of Nigerian Immigration Service (NIS), arrested two of the individuals.

The officers under the Iseyin local government jurisdiction said the two individuals arrested were those who arrived on Tuesday while the third one was affirmed to have been around before them.

The leader of the team, who spoke under anonimity, said the two individuals Eberivie Isiaq and Kemi Terivie who were arrested would be taken to the State Headquarters of the Immigration service on Thursday.