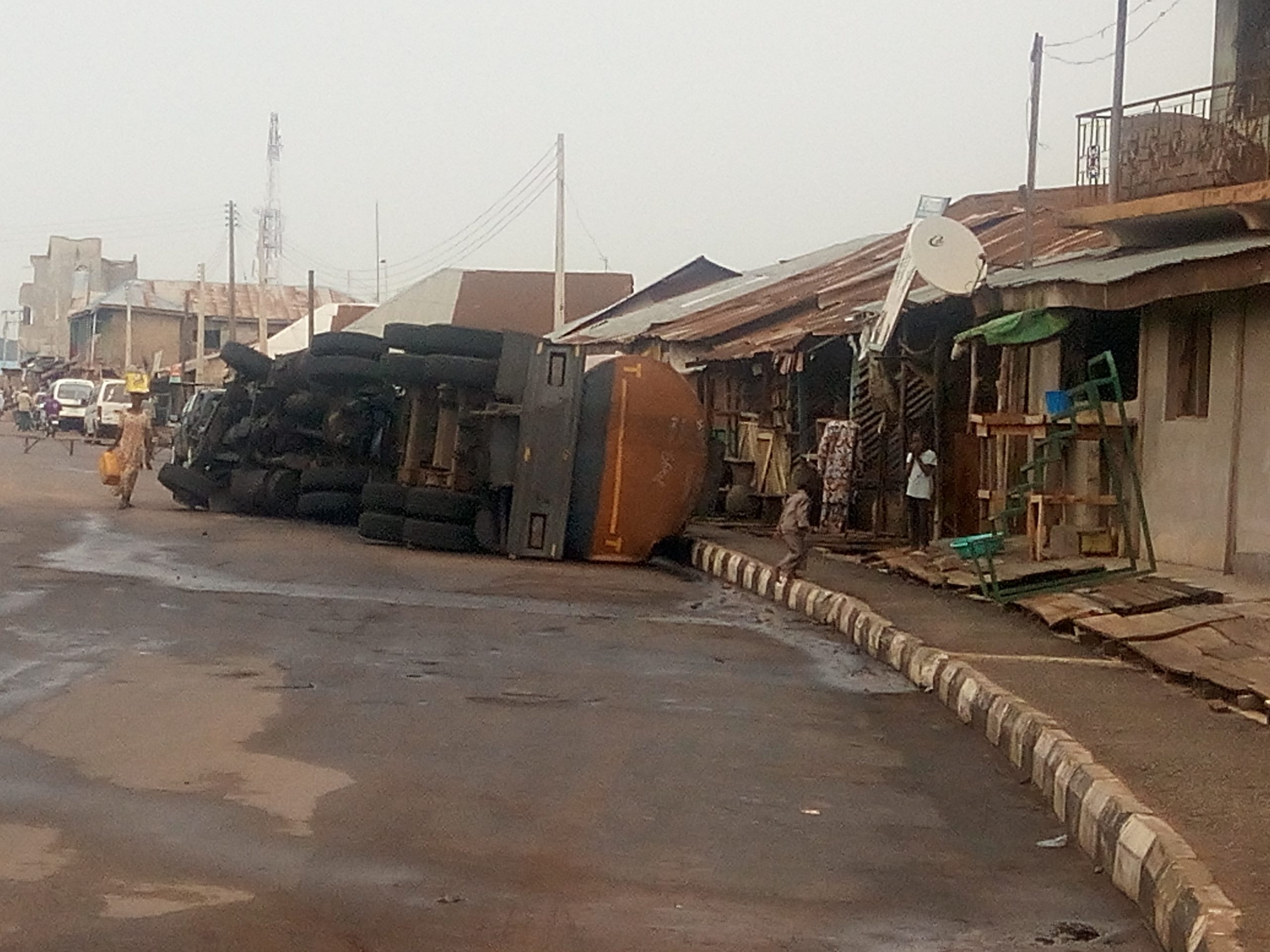 What could have caused loss of lives and properties was yesterday averted as a trailer loaded with petroleum product fell on its side and emptied its content at Oke-Oja area of Iseyin.

The tanker which was reported to be coming from Ibadan skidded on getting to the Ecobank junction of the town and fell due to loss of control by the driver.

The Chronicler newspaper’s source claimed that there was prompt intervention of the men of fire brigade and other security agencies in curtailing vehicular and people’s movement to avoid what could have led to ignition of fire.

A witness, Mr Bisiriyu Ajasa said he was about using the Ecobank’s ATM machine when the incident occurred “I just heard of tyre screeching and eventual loss of control by the trailer driver before the vehicle fell.

“I’m happy our people did not say they would scoop the escaping fuel in the drainage, that would have caused a spark and fire outburst.

“The men of fire brigade and other security personnel should be praised for their prompt arrival and the way they quickly cordoned off the way and created a diversion, we thank God.”

Efforts are ongoing to evacuate the falling trailer as the owners were seeing with the traffic police officers deliberating on the next step to take in achieving that.

Meanwhile the caretaker Chairman of Iseyin local government, Engr. Abolade has urged motorists to be mindful of traffic signs and maintain slow speed while passing within the township roads. 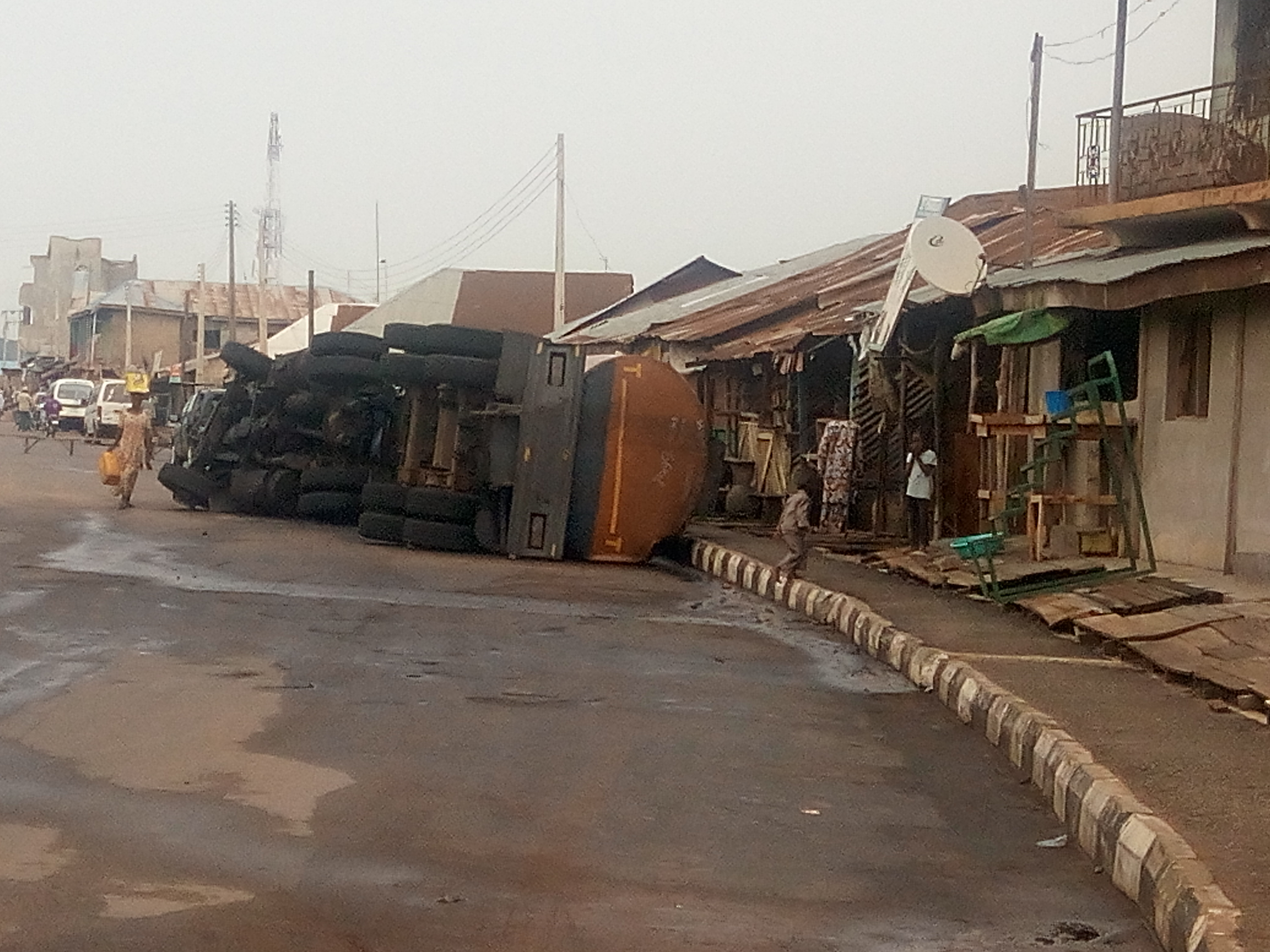 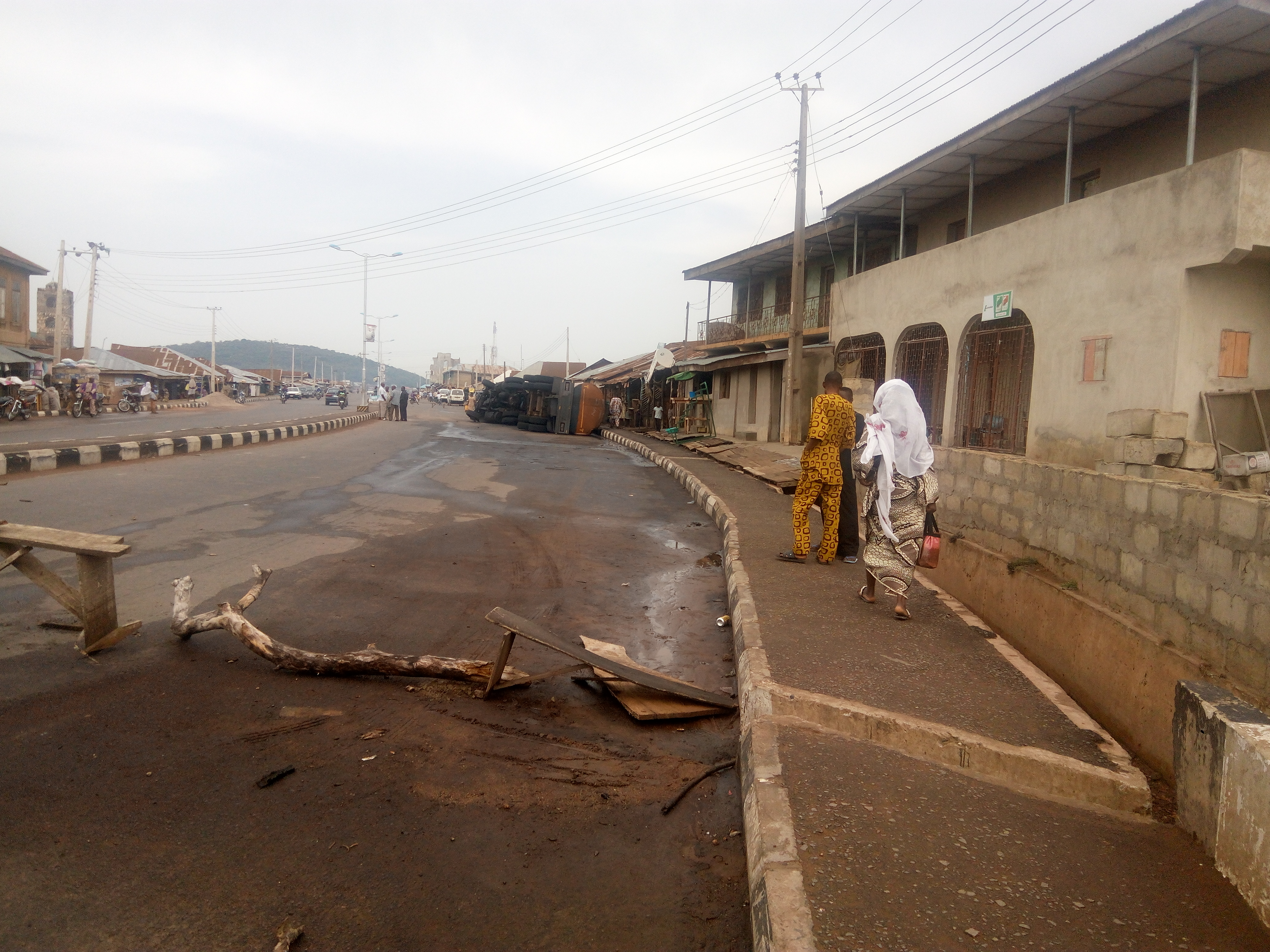