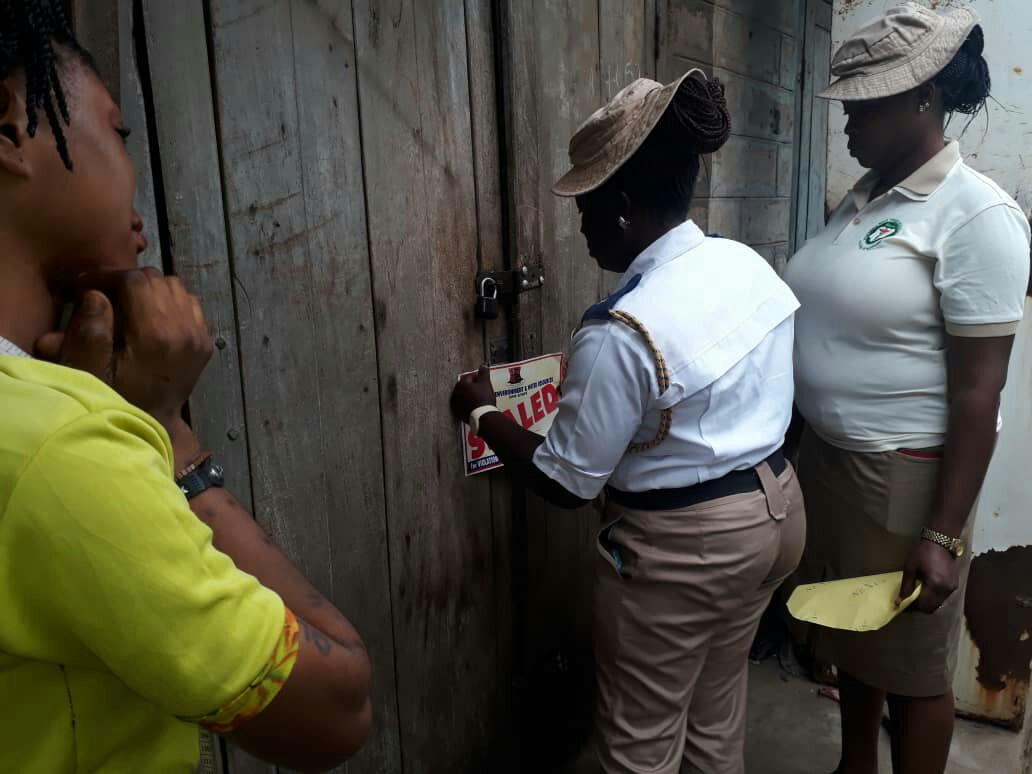 Six shops including a food canteen and a butcher’s shop were sealed on Thursday along Old Ife road and Gbagi area in Ibadan for flouting the State’s environmental Sanitation and Waste Management Law.
The act was in accordance with the recent agreement made by Stakeholders during an advocacy programme on environmental laws organised by Oyo State Government to leverage on environmental laws in its bid to ensure a healthy and safe environment. 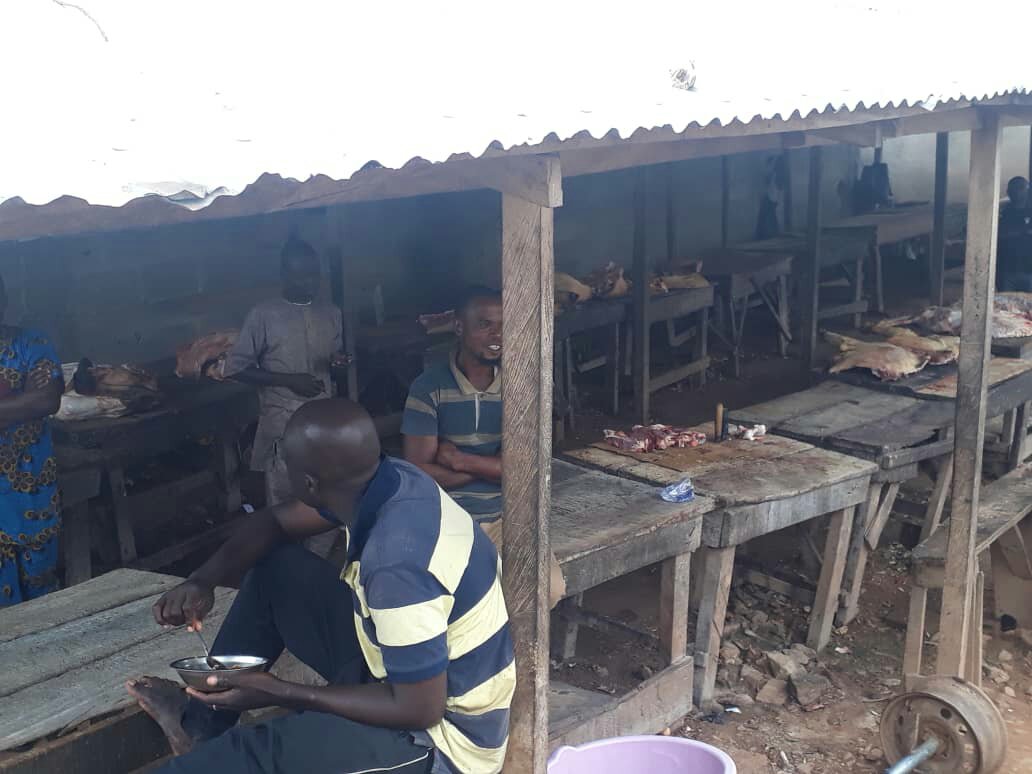 Oyo State government held a stakeholders advocacy meeting on Tuesday 16th July at the House of Chiefs in Ibadan, where various groups and government representatives deliberated on ways forward to put a stop to indiscriminate waste disposal, where participants charged the Seyi Makinde-led administration to step up enforcement exercise among other solutions to the menace of filthy environment.
The Director of Environmental Health Officers for the Ministry of Environment and Water Resources, Sanitarian Olusoji Oyewole who led the enforcement team during the weekly environmental sanitation within Ibadan environs, said it was surprising that despite the campaign efforts of the present administration against the scourge of filth and maintenance of healthy and safe environment, some shop owners were still violating the environmental regulation.
He further warned traders, shop owners, motorists and the general public to desist from violating the sanitation laws which include dumping of refuse indiscriminately, construction of shanties on drainage, display of wares and food items at the road set back and under high – tension wires among others as mobile court would soon be established to prosecute residents that violate environmental sanitation law in the state
“It is disheartening that despite the efforts of the State government to bring to a halt, the culture of filth through indiscriminate refuse dumping, lackadaisical attitude to environmental exercise on Thursdays and other regulations, some are still found doing same.
“All these regulations are for our own good. We will spend less on maintenance of our health and you will see that the government’s strive to make the State an investor friendly will be successful.
“The mobile court that will see to immediate dispensation of justice to environmental
Mr. Oyewole therefore enjoined all and sundry to embrace cleaningness as environmental issue is a collective responsibility.