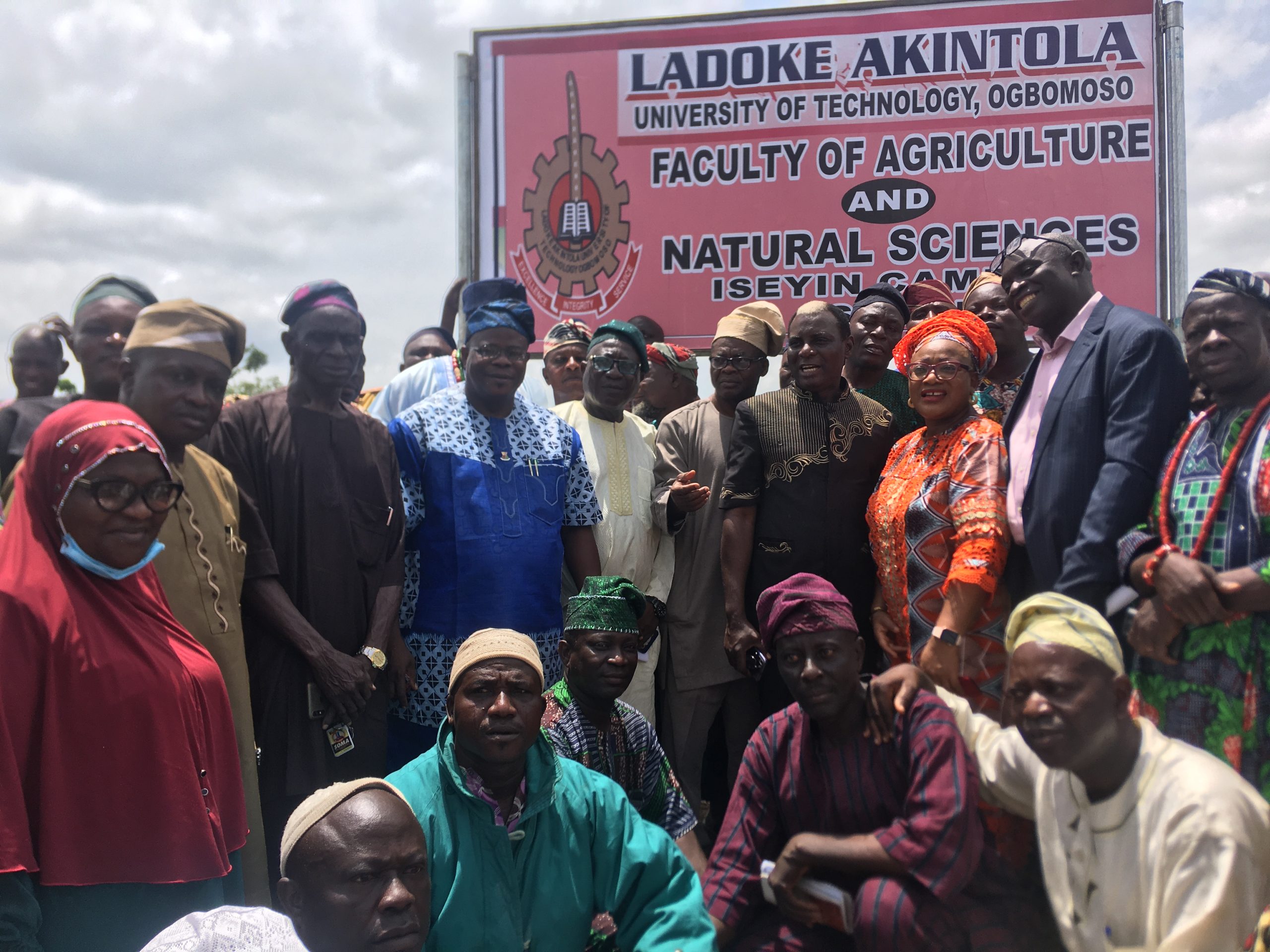 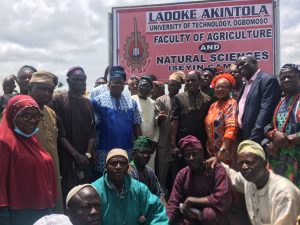 The Special Committee put in place to work on the establishment of the Faculty of Agriculture and Natural Resources of the Ladoke Akintola University of Technology (LAUTECH), has visited the permanent site of the institution at Ipokun area, Iseyin local government on Wednesday. 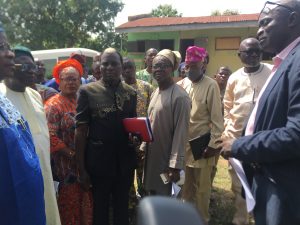 The visit was on the directive of the State governor, Engr. Seyi Makinde that activities should start at the Iseyin campus of the institution by September 2021.

The committee was led by the Secretary of the LAUTECH Governing Council, Mr. Idowu Adeosun, who represented the Council Chairman, Prof. Ayodeji Omole, while on the entourage was a member of the Council, Mrs Titilayo Ahmadu, the Acting Vice Chancellor, Prof. Mojeed Liasu, Chairman Committee on Establishment of the Faculty of Agriculture and Natural Resources, Prof. Adewale Emiola and some management members of the institution. 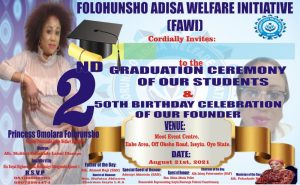 While speaking with journalists, the representative of the Chairman, LAUTECH Governing Council, Mr Idowu Adeosun said the visit was in accordance with the directive of the State governor, Engr. Seyi Makinde, that the committee must put all hands on deck to make the September 2021 take off target a reality.

He appreciated the warm reception the visitors were accorded upon their arrival by the people of Iseyin, which he said was indicative of the readiness of the community to host the institution.

“We are happy that Iseyin community is ready for this project, it was shown in the way they welcomed us upon our arrival and the enthusiasm shown in their preparations for the campus.

“The governor has charged the committee to visit and set machineries in motion towards the commencement of activities of the institution in Iseyin by September and that is why we are here today.”

The entourage was taken round facilities that could accommodate the campus, pending the construction of the permanent site at Ipokun area, as they visited Iseyin District Grammar School (IDGS) and the Old Teachers’ College campus along Okeho road.

The Chairman, Committee on Establishment of LAUTECH College of Agriculture and Renewable Natural Resources, Prof. Adewale Emiola said the committee was happy to have facilities to start work with and urged sons and daughters of the community to rally round the project by donating structures to the permanent site of the campus.

He charged the community to show further interest in the project, as put forward by the State government, by acquiring more land for the campus, saying that the support from people of means in the community would fast-track commencement of academic activities at the permanent site.

“We will need a 750 capacity lecture hall and smaller ones as well, we will need lecture rooms, offices, administrative buildings and other facilities, encourage your sons and daughters who have the means to come home and do this for the campus, they will be giving back to the community for its growth.

“Let government know you are interested, you have shown so much causes to indicate this, but more is still needed to make the permanent site functional in no time.”

The Aseyin of Iseyin, Oba Dr. Abdulganiy Salawudeen Adekunle Oloogunebi (Ajinese 1) who prayed for the visitors through the Ikolaba of Iseyin, Chief Ismail Tikalosoro, called on the people of the community to continue to give their support to the present administration in Oyo State so as to enjoy more dividends of democracy.

The Chairman, Iseyin Development Union (IDU), Alhaji Bayo Raji said the land that has been acquired for the permanent site was 345 acres from the Eruuku and Alesinloye families, and assured the visitors that further acquisition would be done towards the Ikere dam, which will serve the institution agricultural purposes in irrigation, fishery and other endeavors.

He saluted the State governor’s resolve to develop every part of the State to become the envy of other States in the federation, specifically mentioning the just-commissioned Moniya-Iseyin road, the approved Iseyin-Ogbomoso road and the recently approved Iseyin-Oyo road as pointers to betters things that would contribute to the socio-economic growth of Oyo State.

He further hinted that construction of roads that lead to Oke-Ogun, which is widely adjudged as the food basket of the South-Western Nigeria has affirmed the incumbent government’s claim on using agriculture to sustain the growth of the State.

The permanent site of the LAUTECH Faculty of Agriculture and Natural Resources is about seven kilometers from Atoori area in Iseyin and three kilometers to Idi-Oori along Oyo-Iseyin road, while the famous Ikere George Dam is less than ten kilometers to the campus, while it has villages like Bangbala, Daleko, Aaba, Alesinloye and Gbokoyi adjourning the road that lead to the campus.

Leading the entourage of the community to take the visitors round the facilities was the Aseyin of Iseyin, Oba Dr. Abdulganiy Salawudeen Adekunle Oloogunebi (Ajinese 1), who was represented by the Ikolaba of Iseyin, High Chief Ismail Tikalososro and members of the traditional council, the Chairman, Iseyin local government, Hon. Mufutau Abilawon, the Chairman, Iseyin Development Union, Alhaji Bayo Raji, the Chairman, Iseyin ad-hoc committee on the establishment of LAUTECH Faculty of Agriculture and Natural Resources in Iseyin, Chief Adeniyi Falade, Prof. Lamidi Ojedapo among others.