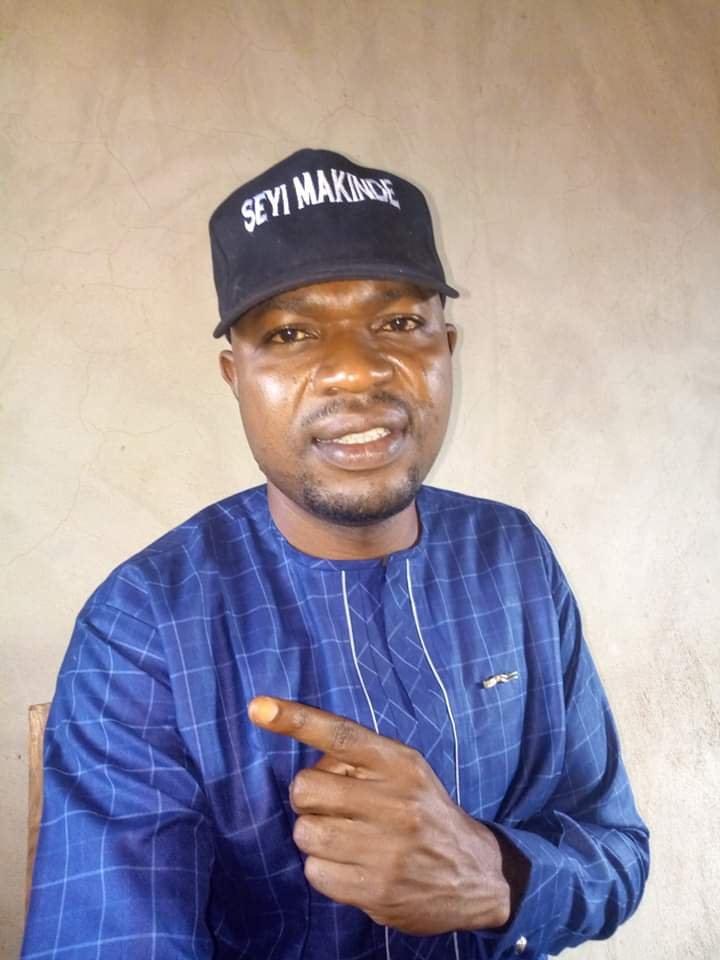 The people of Oyo State have been assured that the coming administration of Engr. Seyi Makinde in Oyo State would bring succour to the people, especially the teeming youths in the State in respect to the promises made by the awaiting governor during his electoral campaigns.

The assurance was made by a PDP youth leader in Iseyin, Hon. Raheem Ajibola (Alias FM) while speaking with newsmen on the expectations of the people from the coming administration in the State, which he said would govern with respect for people’s will.

Ajibola who was a former member of Iseyin local government caretaker committee during the reign of former Senator Rasheed Ladoja noted that Engr. Makinde had a reliable reputation of keeping his words and providing conducive welfare environment for workers to thrive and perform optimally, as traceable to his personal business and other dealings he had with people.

“Engr. Seyi Makinde is a man of integrity who always keeps his promises. This has been demonstrated in his personal business dealings with his workers and with party members as well as the people of the State at large during his earlier attempts at becoming the State governor till date.

“During the last electoral campaigns, especially in Iseyin and Oke-Ogun area, he made promises to revamp the abandoned Ikere George Dam and concentrate on the poor roads leading to the ten local government areas in the region. I assure the people of the State and my people in Iseyin and Oke-Ogun that our governor will fulfil these promises.

“Our party, PDP has learned a lot of lessons from the old and it is better positioned today with good leadership under the new governor to bring about unequal transformation that will see to improved youths welfare, women empowerment, quality education without putting financial burden on parents while the economy of the State will witness immense growth,” he submitted.

Hon. Ajibola called on party faithful and the entire people of the State to give support to the coming administration so as to be able to accomplish the desired goals and take the State to an enviable level that has never been witnessed in its history.