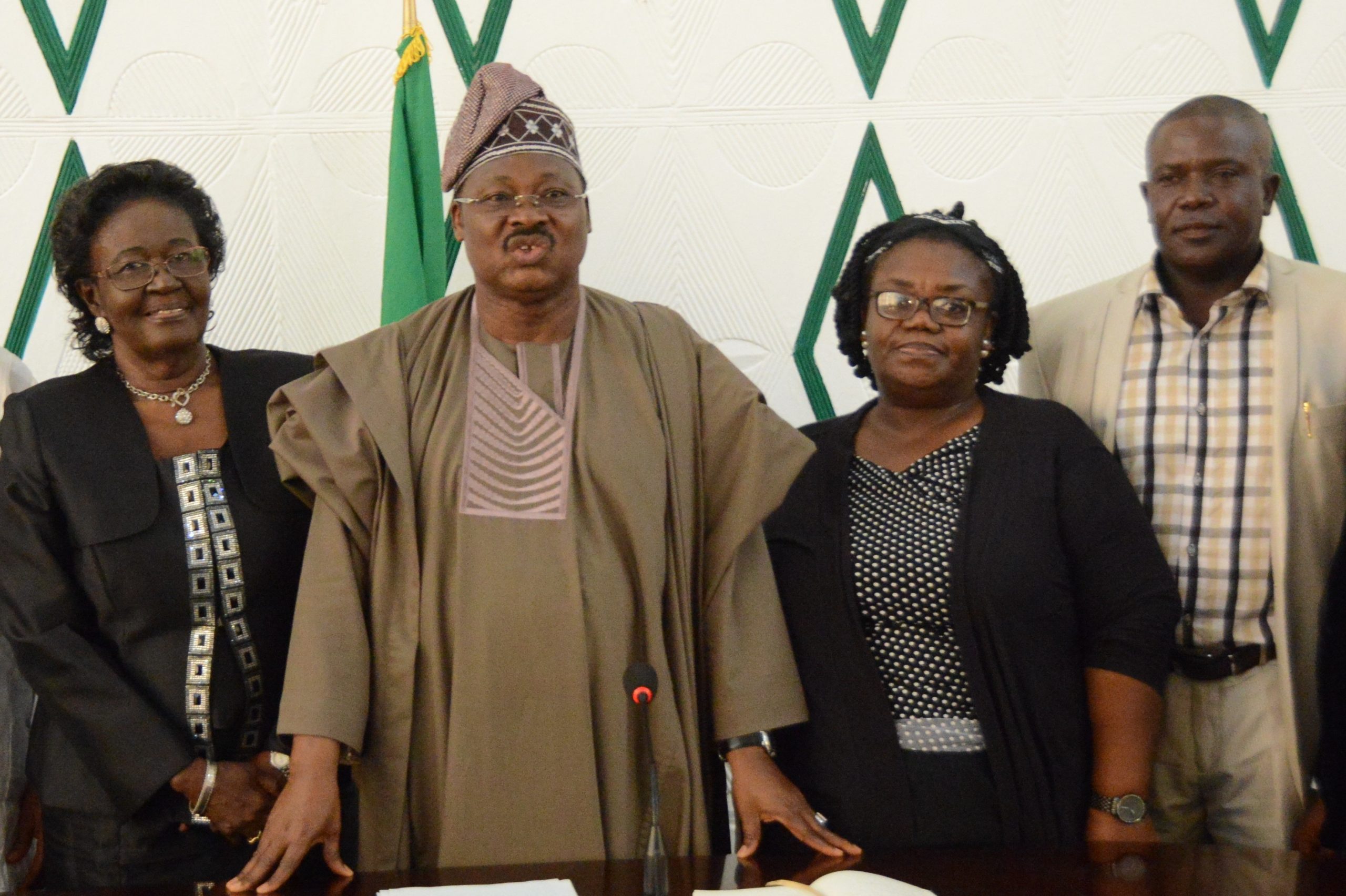 Oyo State Governor, Senator Abiola Ajimobi, took a giant leap towards the resuscitation of the moribund Nigeria Marble Mining Company, Igbeti, with the inauguration of a new management board saddled with the responsibility of injecting life into the company.

An official from the federal Ministry of Solid Minerals, Zonal Mine Office (Southwest), Mr. Donatus Umaro, was also inaugurated as a board member of the company.

The governor also named state’s Commissioners for Finance and Budget, Mr. Abimbola Adekanmbi, and his Ministry of Justice counterpart, Mr. Seun Abimbola, as well as the Special Adviser to the governor on Solid Minerals, Hon. Matthew Oyedokun, as representatives of the state in the company.

Blaming what he called decades of neglect of the company on lack of technology and capable technical partnership, the governor said that the marble company had huge potential capable of contributing substantially to the state’s revenue base.

Ajimobi said, “Lack of technical partnership and required technology overtime has led to the moribund state of the company. We are here today to unleash the hidden potential of the company starting with the inauguration of this board.

“In the same spirit that with which we established the Pacesetters-Polaris Free Trade Zone, which was conceived to generate high commercial activities and profit for the government, this reconstituted board will work to further justify our administration’s drive towards modern industrialization.

“We have assembled sound and competent minds here. You should set out to review the technical management agreement, bring in new investors and restructure the company as a platform for the benefit of the Igbeti community, Oyo State and the nation.

“Currently Oyo State has 30 per cent shares in the mining company, but part of our future plan is to reduce it to 5 per cent, while we urge the FG to also do the same to enable private hands come on board.”

One of the members of the new board, who represents the owner family, Chief Jacob Adetoro, said he was happy that the Ajimobi’s administration had shown the eagerly-awaited interest to revive the company.

Adetoro added that the business approach of government to the company would benefit the owners and particularly the community.

He said, “I’m happy that the government under your leadership has shown interest to take these steps and approach the company’s problem from a business perspective in order to revive it. The company was once a pride of Igbeti and we will be happy to have it repositioned.

“Its survival has always been my headache. Even at a time when a particular state administration decided to take it over, I stuck my neck out to fight against it and today the history of the company is about to change for the better.”

He promised on behalf of the management team that no efforts would be spared to ensure that the company was revived in a short while. 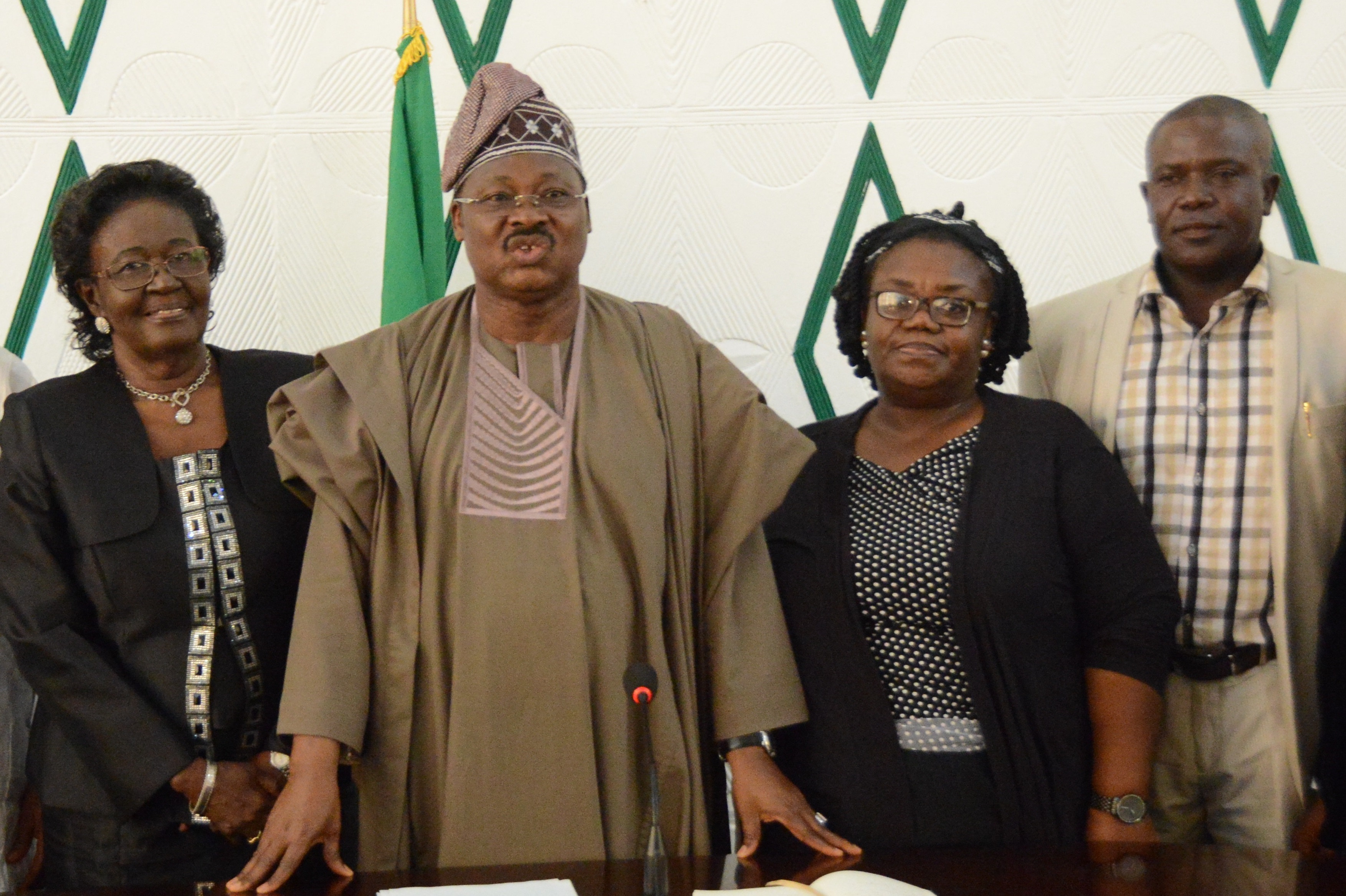 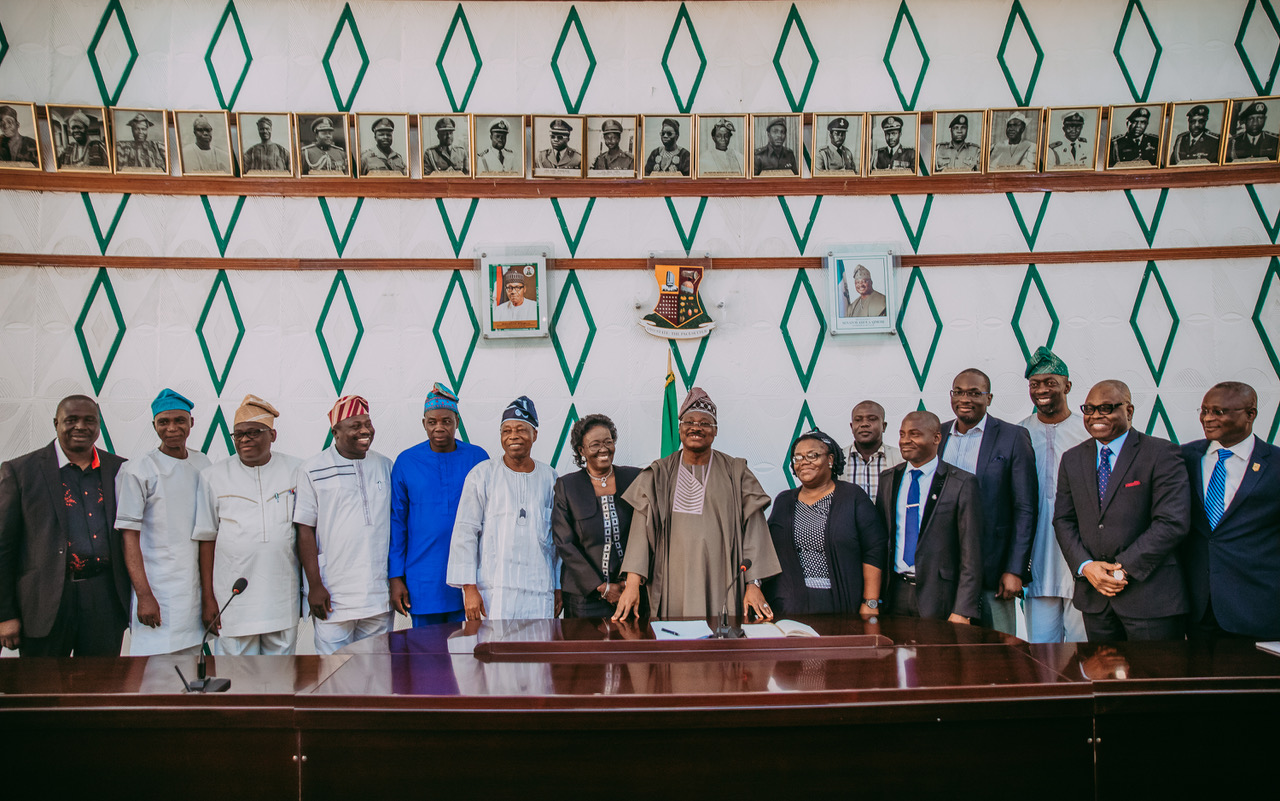 L-R: Oyo State Governor, Senator Abiola Ajimobi, flanked by representatives of Ashamu family of Igbeti; Olorunsogo Local Government; and the Federal Government’s representative, during the inauguration of a new management board for the moribund Nigeria Marble Mining Company, Igbeti, towards the resuscitation of the company, at the Governor’s Office, Ibadan… on Tuesday. Photo: Governor’s Office