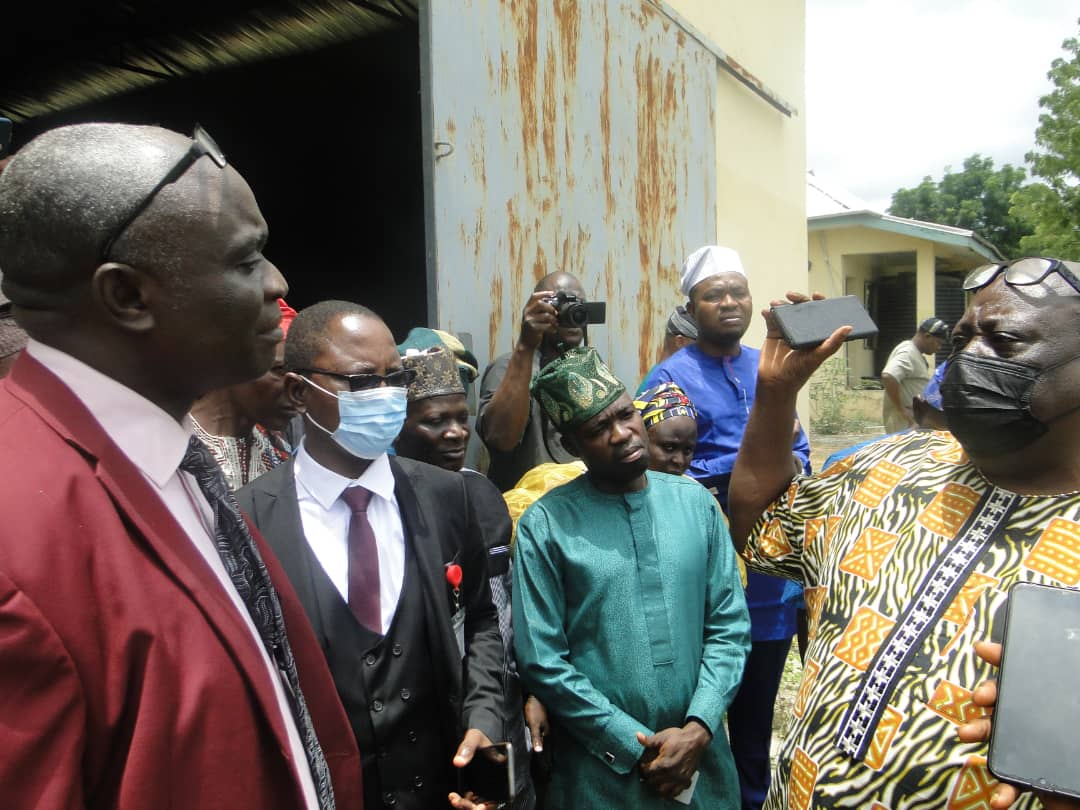 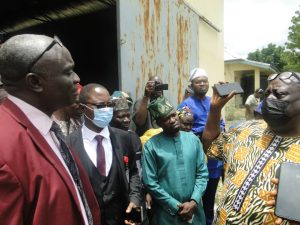 A socio-cultural group, Ebedi Frontliners, Iseyin, (E.F.I) in Iseyin local government has called on a former Senator, Chief Gbenga Babalola to hand over a fish farm, constructed by the Federal Ministry of Agriculture, to the newly created Ladoke Akintola University of Technology (LAUTECH)’a College of Agricultural Science and Renewable Resources, located at Iseyin.

The management of LAUTECH, led by the Provost of the College, Professor Jacob Adewale had on Tuesday 24th August, 2021, visited some locations within Iseyin community to ascertain the availability of facilities for administrative, academic and residential purposes, part of which is the fish farm along Iseyin-Oyo road.

In a report attributed after the visit to the former Senator after taking the management members round the facility, he said he would relinquish some part of the facility to the College for academic and research purposes, if there are agreements on some terms he would put before them.

The Vice-President of E.F.I, Mr Biodun Bambi and it’s Public Relations Officer (P.R.O), Alhaji Segun Fasasi, in a statement signed on Tuesday, said the Senator should go further in his magnanimity to release the whole facility to the institution instead of attaching conditions to the gesture.

They maintained that since the project was embarked upon by the federal government for the benefit of Iseyin people and its environs, the higher institution of learning should be allowed easy take over, to make the project valuable towards promotion of agricultural development in the area.

“Senator Gbenga Babalola is our brother who went to the Senate to represent the people of the Oyo North Senatorial District, which Iseyin community is an integral part of, we heard that he took the management of LAUTECH’s College of Agricultural Science and Renewable Resources, which is situated at Iseyin to the location but promised to give the place out for the institution’s use, only if his demands are met.

“We are appealing to him to please waive the conditions and give out the facility for the betterment of our community, he has done so well to have facilitated the project and oversee its management till date, that is the sign that he is a notable, patriotic son of Iseyin, now we want him to go a bit further and look at the effect of this action on the future of Iseyin and those children that are yet unborn.

“It is our prayer that he will heed this simple appeal and carve another niche for himself in the history of Iseyin land, we will appreciate this even more, if it happens as early as possible, as management staff of the College have already resume at Iseyin on Monday, which means academic works will resume as directed by the governor in September,” they said.

The fish farm was reported to have five functioning boreholes, a feed mill, lecture room, incubation unit and a standby generator.