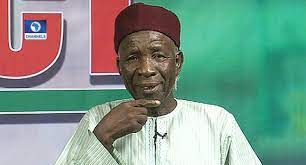 Galadima Berates FG on Possible Clamp Down on Dissent Voices

Galadima Berates FG on Possible Clamp Down on Dissent Voices 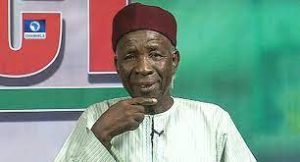 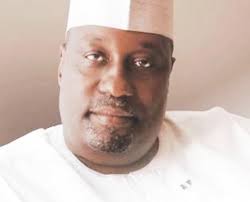 The Secretary-General of the Northern Elders’ Forum, Buba Galadima has raised the alarm on the possibility of a clamp down on Nigerians that hold dissident voices or criticizes the President Muhammadu Buhari’s style of government, especially on the ways issues related to security are being handled.

Galadima gave the hint on Tuesday during an interview programme on Channels Television and monitored by The Chronicler Newspaper, where he raised the fear over what he called a threat from a member of the Federal House of Representatives from Jigawa State, Hon. Farouk Adamu Aliyu, who said starting from next week, the federal government will start making some actions that would stun Nigerians.

The four-term member said instead of laying blames on Buhari over insecurity in the North and other parts of Nigeria, people should rather cast their attention on politicians who he said were hell-bent on causing disharmony by their public utterances.

“I have insider knowledge of what will happen next, what Nigeria is facing is rather fuelled by politicians who are doing everything to bring down the government, it was at this station last week that the leader of the proscribed IPOB leader was issuing threats last week, is that suppose to be so?

“If after next week you do not see something happen that will change the situation as different from what we have today, invite me here again and ask me why it did not happen.”

Buba Galadima reacted by saying the ‘one-week promise’ should be look at as a pointer to government’s preparation to suppress the voice of dissidents by embarking on mass arrest of opposition figures.

“The one week might be that the government will pounce on the citizens, it might be that they start picking you or myself, our prayer is that he is talking on the positive side of it, he claimed to have insider knowledge,” Galadima said.

Hon. Aliyu responded by saying that the government will only go after those who are criminally-minded and that Buba Galadima might also be picked if he holds criminal record of any kind.

“We won’t go after anybody who is not a criminal, but if he is a criminal, we will go after him.” he pointed stated.

Buba Galadima was formerly a close confidant of President Muhammadu Buhari and was the former National Financial Secretary of the defunct National Republican Convention (NRC) and former National Secretary of the Congress For Progressive Change (CPC), a party jointly formed with Buhari, before he left for the All Progressive Congress (APC) where he won the presidential election in 2015.