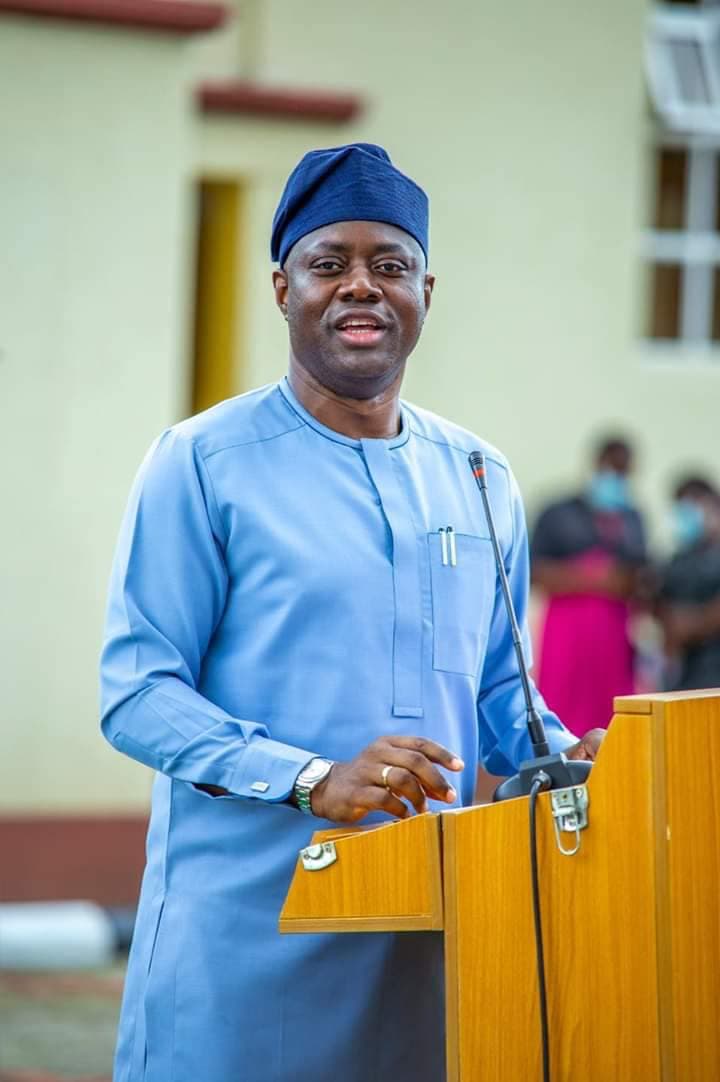 Gbolabo Ogunsanwo: A View From The Eyes of An Unknown Mentee – Alhazan Abiodun R.

Gbolabo Ogunsanwo: A View From The Eyes of An Unknown Mentee – Alhazan Abiodun R.

The name ‘Gbolabo Ogunsanwo’ was like a must-have vitamin to me as an undergraduate in part two in the prestigious University of Ibadan. Every Sunday morning, I must buy a copy of the defunct Comet Newspaper, just to be able to glean the mind of the great columnist through ‘Life With Gbolabo Ogunsanwo’ and add to my repository of vocabularies as well as flowery weaving of words to lampoon, praise or dissect public office holders and government’s policies and programmes.

My supervisor was ‘Uncle Ayo Ojebode’, who later became the youngest Professor the Communication and Language Arts Department of the University would produce. He ‘inherited’ me from his own ‘oga’, late Dr. ‘Larinde Akinleye, may he keep sleeping in the bosom of the Lord Almighty.

It was easy for me to start compiling editions of the his column, covering the scope of the study, which spanned a year or more, as the newspaper berth in July 1999. So I had to go to the Headquarters of Comet Newspaper at Ijora to access their library and get photocopies of the editions.

The rest was history as I completed the project and went for my national service, diligently following my favorite column and the progress of the newspaper.

In 2001, while at Uyo, the capital of Akwa Ibom as a budding columnist in The Will Newspaper, I read a particular edition that was spread into series where Late Gbolabo Ogunsanwo started to take on the former President Olusegun Obasanjo over his policy attack on local entrepreneurs in the country.

After my National Youths Service Corps (NYSC) programme that year, I returned to Iseyin to start a community newspaper with the name, The Chronicler Newspaper. Then I realized the problem that faces publishers. I was transversing the ten local government areas in Oke-Ogun to get new and solicit for adverts. At times, individuals appreciated the work I put into the publication and helped financially, mostly, the editions were distributed freely to Information offices of the local government areas and libraries of public schools in the region.

I understood that two things would make a newspaper succeed. One being the editorial dependence on government of the day and political affiliation.

Back to Comet Newspaper and Gbolabo Ogunsanwo and fast forward to 2006, there was the roforofo fight between Obasanjo and his vice, Atiku Abubakar.

We never knew the fight was originally over attempt by Chief Obasanjo to do a third term in office, but he had started fighting all known and perceived enemies in those he knew were close to Atiku.

I read another series of ‘Life With Gbolabo Ogunsanwo’ where he took about three different editions to attack the then President with acerbic choice of words, as the latter took on friends of Alhaji Atiku Abubakar.

Globacom Communication was at that point at the receiving end and even the owner, Chief Mike Adenuga had to run abroad to escape physical attempt on his life as the stories then were told.

Year 2006 spelled the end of Comet Newspaper as the nozzle was pulled against its windpipes. No more adverts and other supports from government and individuals. The fear of patronizing a newspaper that was clearly against the incumbent administration was like a suicide attempt to business owners, and Femi Kusa and Lade Bonuola, the two owners had to bow to the new money: Bola Tinubu who bought the newspaper and changed the name to The Nation newspaper.

‘Life With Gbolabo Ogunsanwo’, the personae and all about him became unmentioned by even contemporaries of the columnist and as much as I tried to make enquiries about him, I kept meeting brick walls until I got a message from Professor Ayo Ojebode that my favorite columnist has breathed his last.

We should note one ironical point here, that it was through ‘Uncle Ayo Ojebode’ I got the interest to study Gbolabo Ogunsanwo’s column and through Professor Ayo Ojebode I first learnt of the columnist’s death.

He said he had to tell me because he remembered my special interest for the man and his writings. I was moved and prayed silently for the departed.

For us living, we should note one thing about life: if you care to live by the truth no matter the weight it comes with, you may be rejected by the world, but be consoled that no matter what, God Almighty will always be with you and whatever the special thing people know you for in this life and in the hereafter.

Rest in peace the great columnist.

*Alhazan *Abiodun* Rilwan is the Editor and Head of ICT, Oyo State Ministry of Information, Culture and Tourism’s Press Center