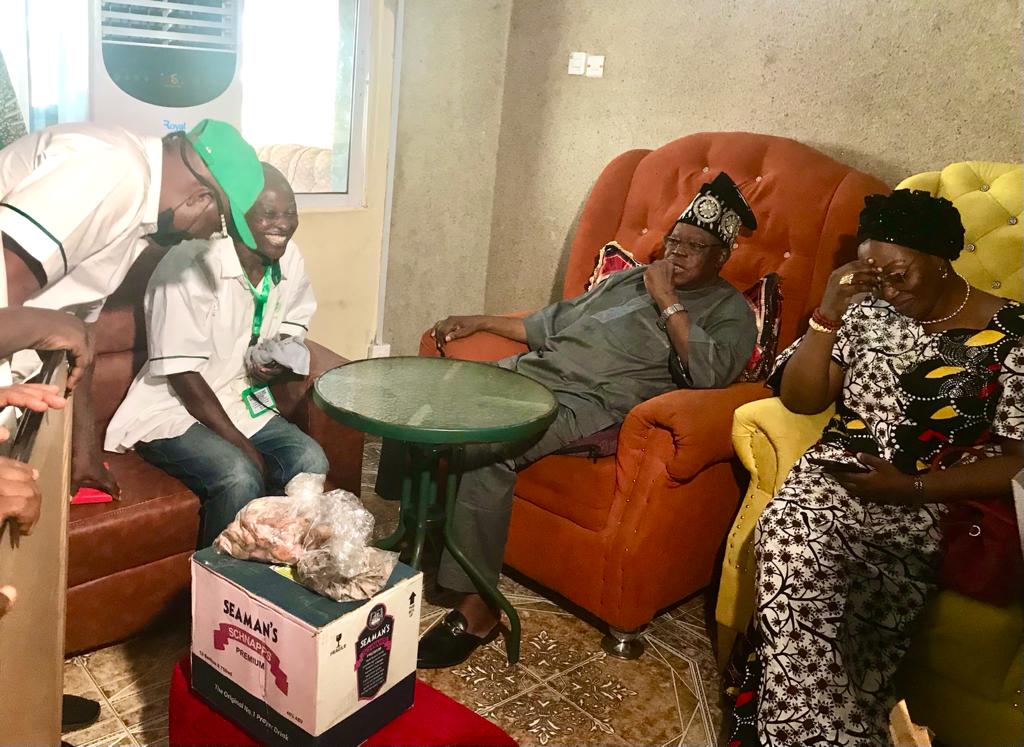 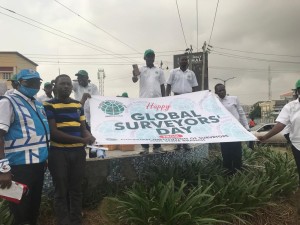 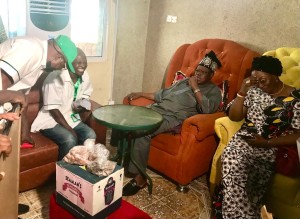 The Olubadan of Ibadan, Oba (Dr) Mohood Olalekan Ishola Balogun has called on practicing Surveyors in Oyo State to join hands with the Olubadan-in-Council towards eradicating cases of land-grabbing and sundry crimes related to the land acquisition.

The monarch stated this on Monday, when the executive members of the Nigeria Institution of Surveyors (NIS), paid him a courtesy call at his Alarere, New Ife Road palace in Ibadan, in commemoration of the 2022 Global Surveyors Day.

He said the palace was inundated with reports of land-grabbers upon his ascendance to the throne and a special committee, set up by the last Olubadan of Ibadan, Oba Soliu Akanmu Adetunji has been deplored to look into the matters, which he claimed has resolved many matters.

Olubadan used the occasion to challenge NIS to send representatives to partake in the activities of the committee, which he said will put to rest, crimes and crises that arise from the activities of land speculators and land-grabbers.

“Of recent, we have been inundated with reports of land-grabbers, illegal occupants of lands and people who forcefully, either by themselves, or in connivance with bad eggs among law enforcement officials, to take lands that do not belong to them.

“From the time of the reign of the last Olubadan, Oba Soliu Akanmu Adetunji, there was a Committee set up, which was made up of some High Chiefs and Mogajis of Olubadan, that wherever and whenever such matters came up, they should look into it and get solutions, to the relief of the poor, indigent citizens of Ibadanland especially, an effort that has been largely successful, so upon my ascendance, this committee has continued the work.

“There was a matter reported at Egbeda area about two weeks ago and it has just been resolved by the committee, today there was another report by another community about their land being illegally taken by some people and the committee has just gone to look into that as well.

“Today is Global Surveyors Day, there is no way anybody can take a piece of land for any developmental reason without the input of a surveyor, because I he fellow will not know where to start or end, I am using this opportunity of your visit to request that the body of Surveyors (NIS) cooperate with the government and the committee set up by the Olubadan-in-Council to fight this menace, Surveyors will give professional advices when such cases arise.”

On the issue of quackery in the surveying profession, Olubadan said the existence of fake surveyors showed the proof of the presence of original ones and asked NIS to intensify efforts on sensitization and periodic engagements of the members of the public on the negative attributes of quackery in their profession.

In an interview with newsmen, the Chairman, Oyo State Chapter of Nigeria Institution of Surveyors, Surveyor Alhaji Waheed Lamidi Abiodun said various sensitization efforts were ongoing, among which he mentioned the use of radio programmes to reach out to the residents of the State and get immediate feedback through telephone calls.

He pledged the support of the Institution towards the Olubadan’s committee to fight land-grabbers’ menace in Ibadanland.

Speaking about the theme of the 2022 Global Surveyors Day in the State, which is “Exploring Cutting-Edge Technologies For Improved Geospatial Solutions”, Lamidi said the engagement of modern technology to solve problems in surveying has assisted the profession and exposed further, those engaged in quackery.

“For any meaningful development, surveyor must be involved, be it in construction of building, road or dam, that is what we are celebrating globally today and as you can see, our institution has has done more in advocacy and sensitization of the general public on the dangers inherent in patronizing fake surveyors, we have been able to set a difference with the use of modern technology to set a good standard for people to know the real surveyors from quacks.

“On land grabbers, we are going to work with the State government and the Olubadan-in-Council’s committee to make sure that the menace of land-grabbing is defeated.”

Highlights of the celebration of the Global Surveyors Day include a roadshow, survey clinic at Total Garden Roundabout in Ibadan, a visit to the Olubadan of Ibadan, a workshop and interactive session on the theme of the year’s celebration, as well as showing of a film/documentary titled ‘Ayinla Omowura’, which captured the life and time of the late popular Apala musician, Ayinla Omowura.