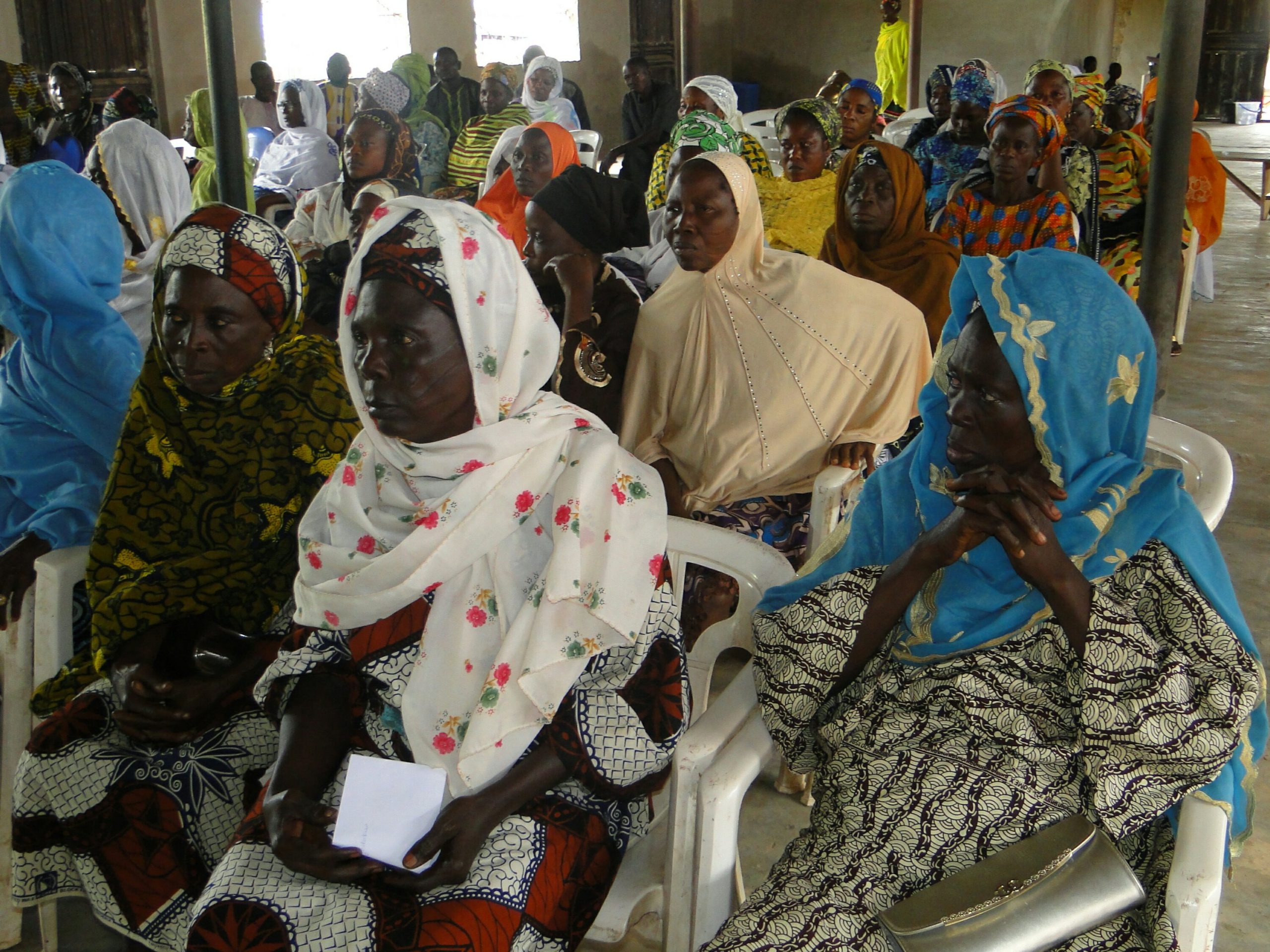 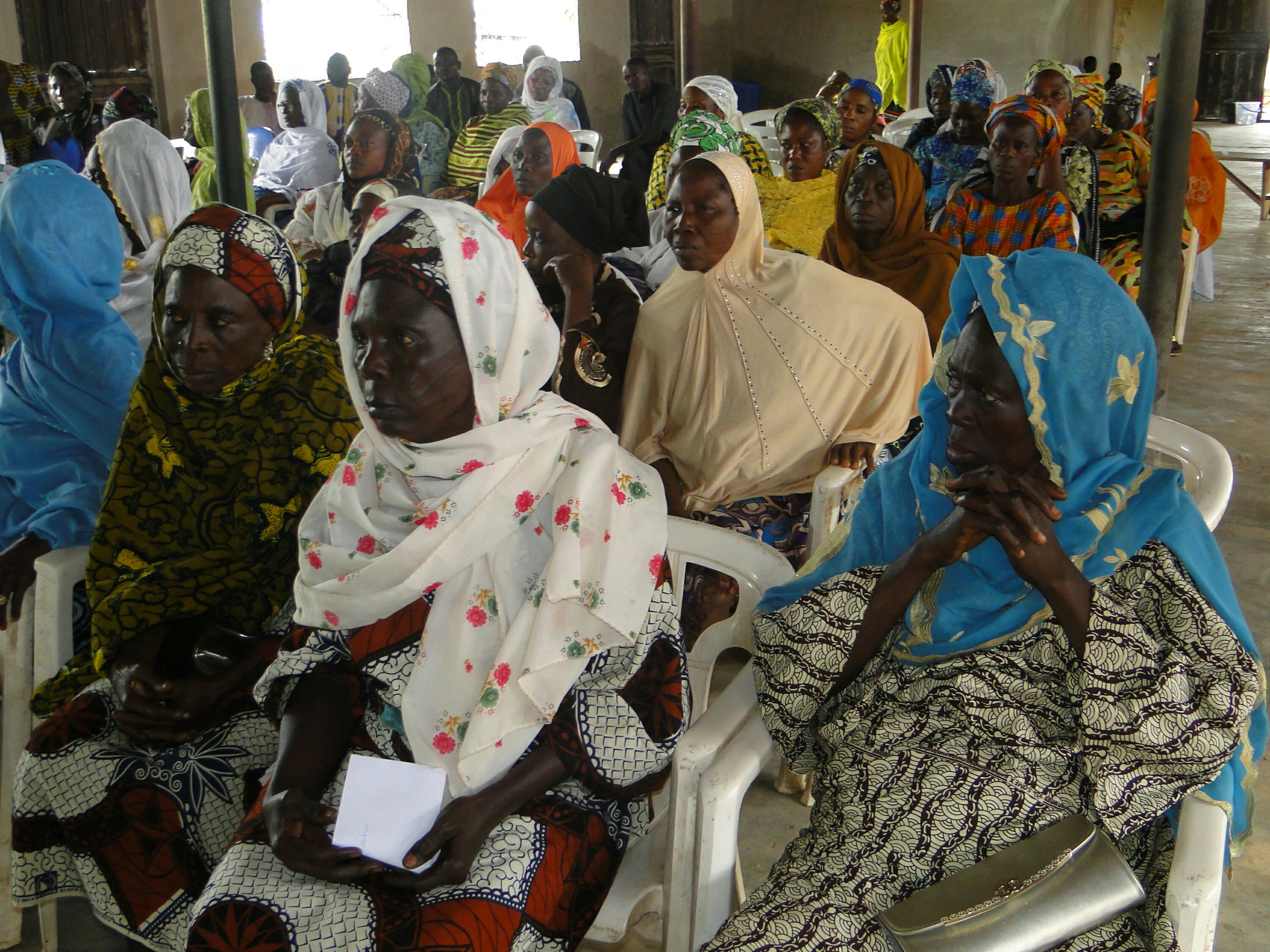 *Cross-section of beneficiaries at the event*

Folashade Agoro-Braimoh Foundation (FABF) yesterday put smiles on the faces of old and young widows in Iseyin and Itesiwaju Local Government as they were empowered with financial support to sustain the survival of their households.

The widows, numbering about 70 were drawn across wards in the two local governments could not hide their joy as they received envelopes containing the money as they prayed for the donor for the gesture. 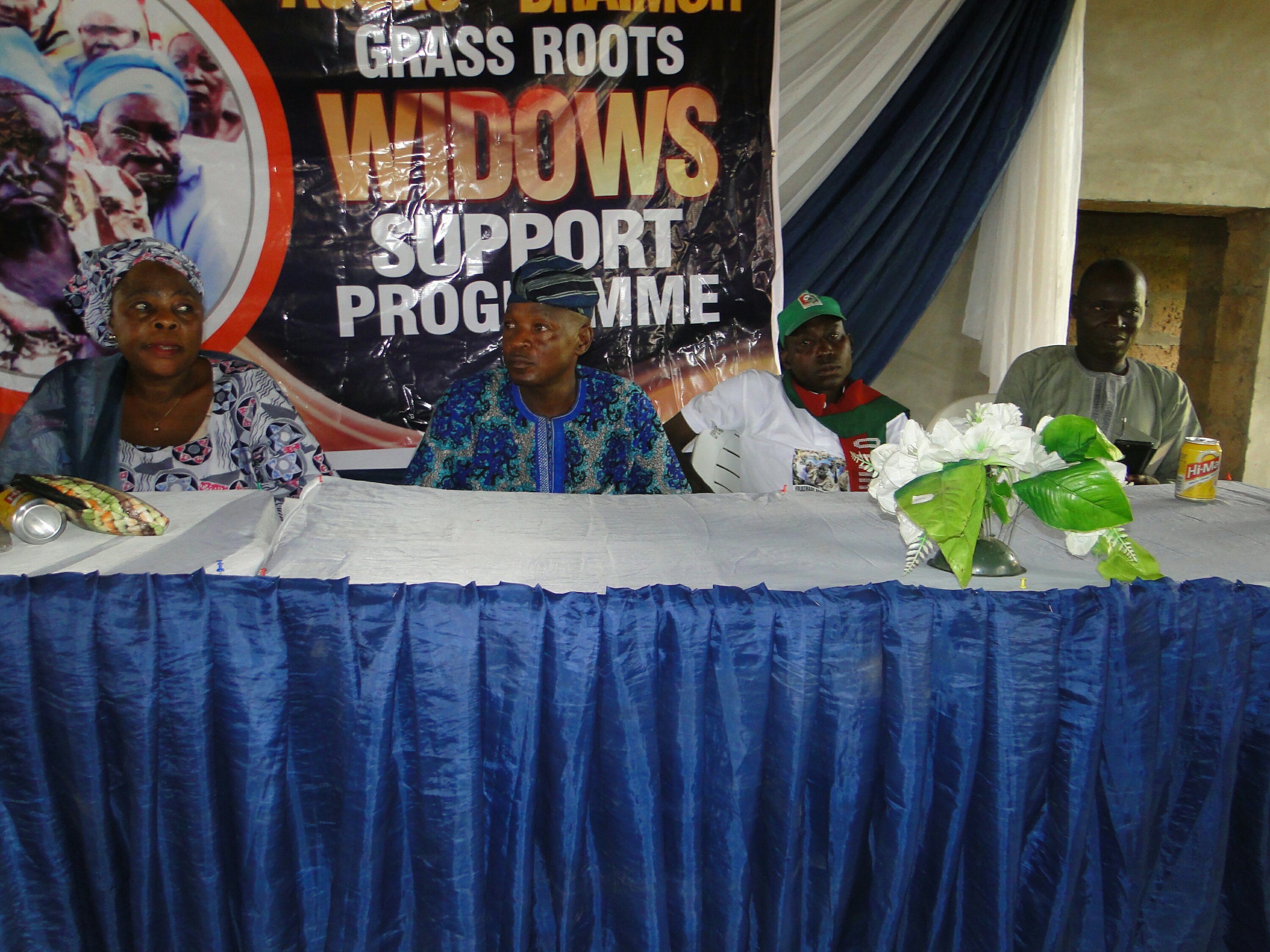 *Some of the invited guests at the event*

Mrs Folashade Agoro-Braimoh who was represented at the event by Alhaja Serifat Akorede said he made the decision to support widows long ago as a young girl of sixteen when she lost her father. 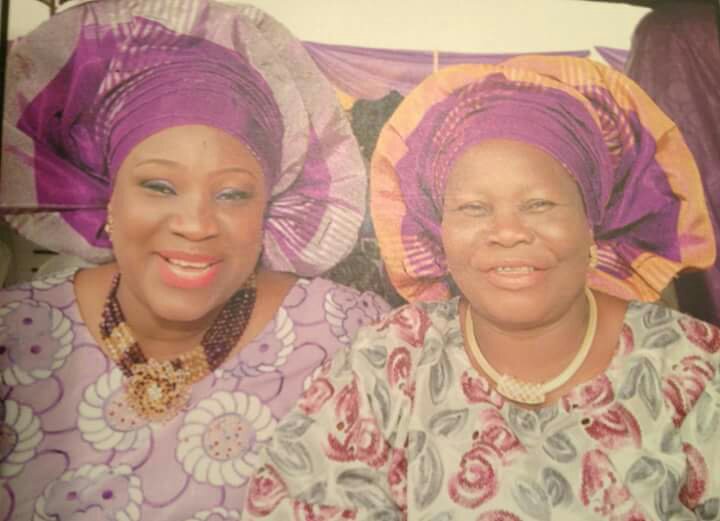 Mrs Braimoh said she could not recall how her mother weathered the storm to take care of herself and the rest of her siblings. 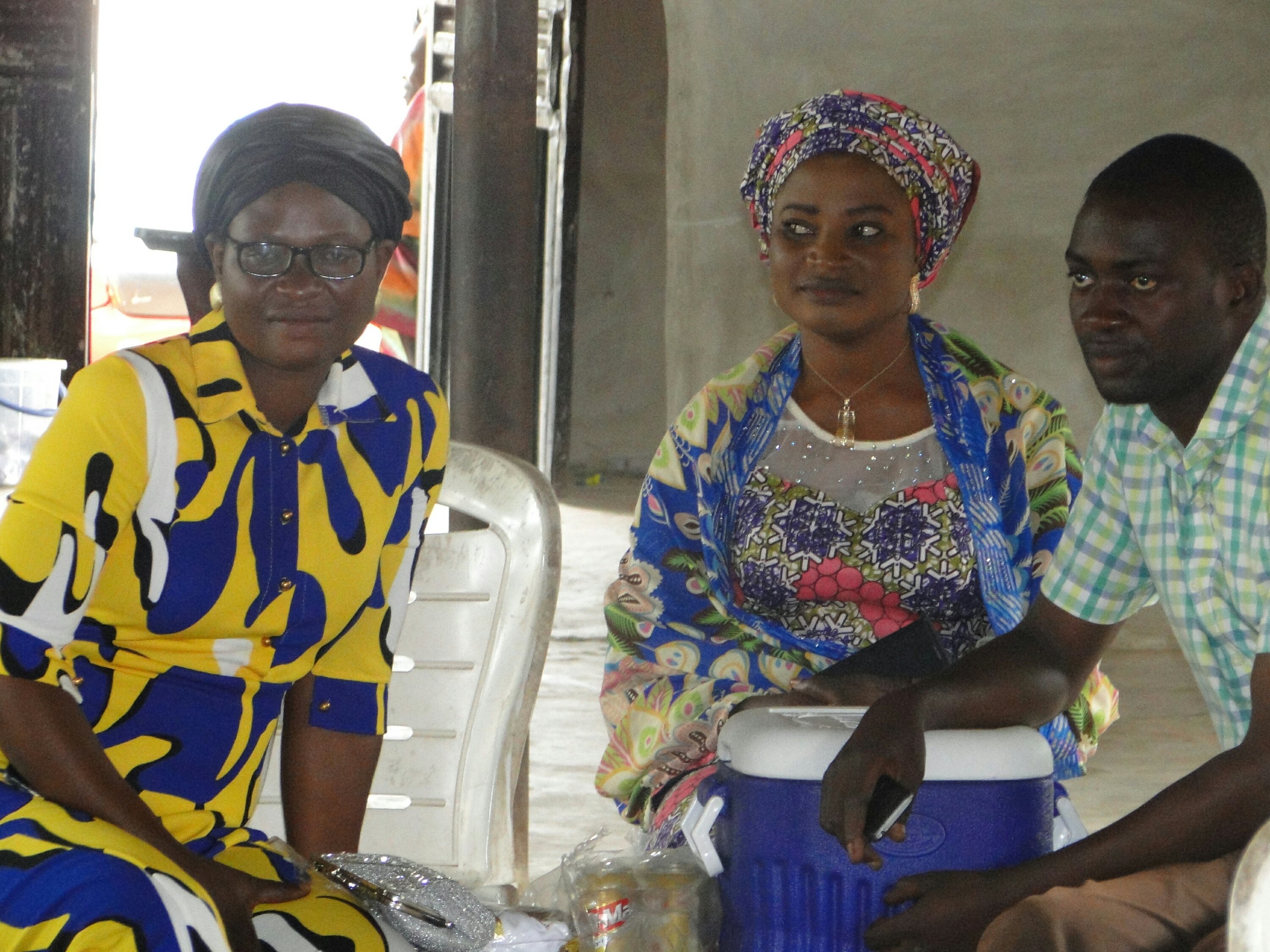 *Some friends of the foundation which include Alhaja Kafilat Babalola Alhazan and Mr Adelere Abiodun, a past President of Federation of Iseyin Local Government Students at the event*

“This programme was conceived to give solace to the sector of the society which had been so abandoned because people believe they cannot contribute to the growth of their communities.

“Having lost my father at the age of 16 when my mother was just 38 years old, I could understand the grief that my mother, my siblings and myself went through when the bread winner was no longer there, the question that came through my mind and that of my mother was how we were going to cope without the manly presence of ‘Baba’.

“I remember my mother while crying ‘omi ti tan leyin eja’ which literally means how will the fish survive without water?”

“We only survived the stage with the support of Almighty God who sent helpers to us during the years. The more reason we should do the little we can when we have the grace.”

The Chronicler newspaper learnt that apart from the 70 widows who were given an undisclosed amount of money, another two were picked and given #50,000 each to restart their businesses with the mandate to maximize same before the coming year. 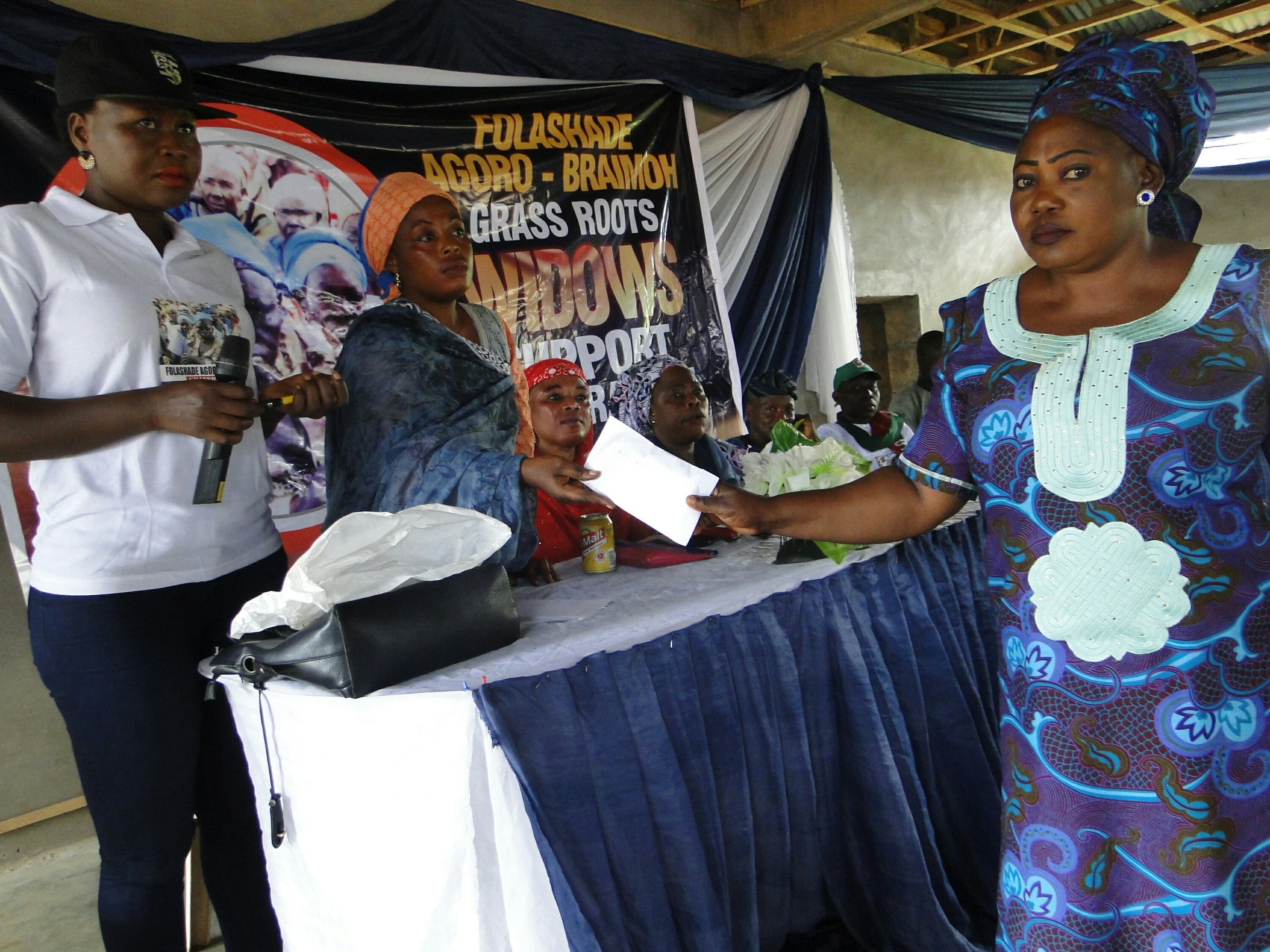 *Mrs Moriliat Ayeni, another beneficiary of the #50,000 package

However, the donor called on government at the federal, State and local levels to fashion out a special programme for widows’ survival at the grassroot, saying most widows would make wonders with little financial brace.

One of the beneficiaries of the support, Mrs Aremo Lateefat while thanking the foundation for not forgetting those nature had put at the bottom of the ladder, said she would use the fund to put new life into her patent drug shop. 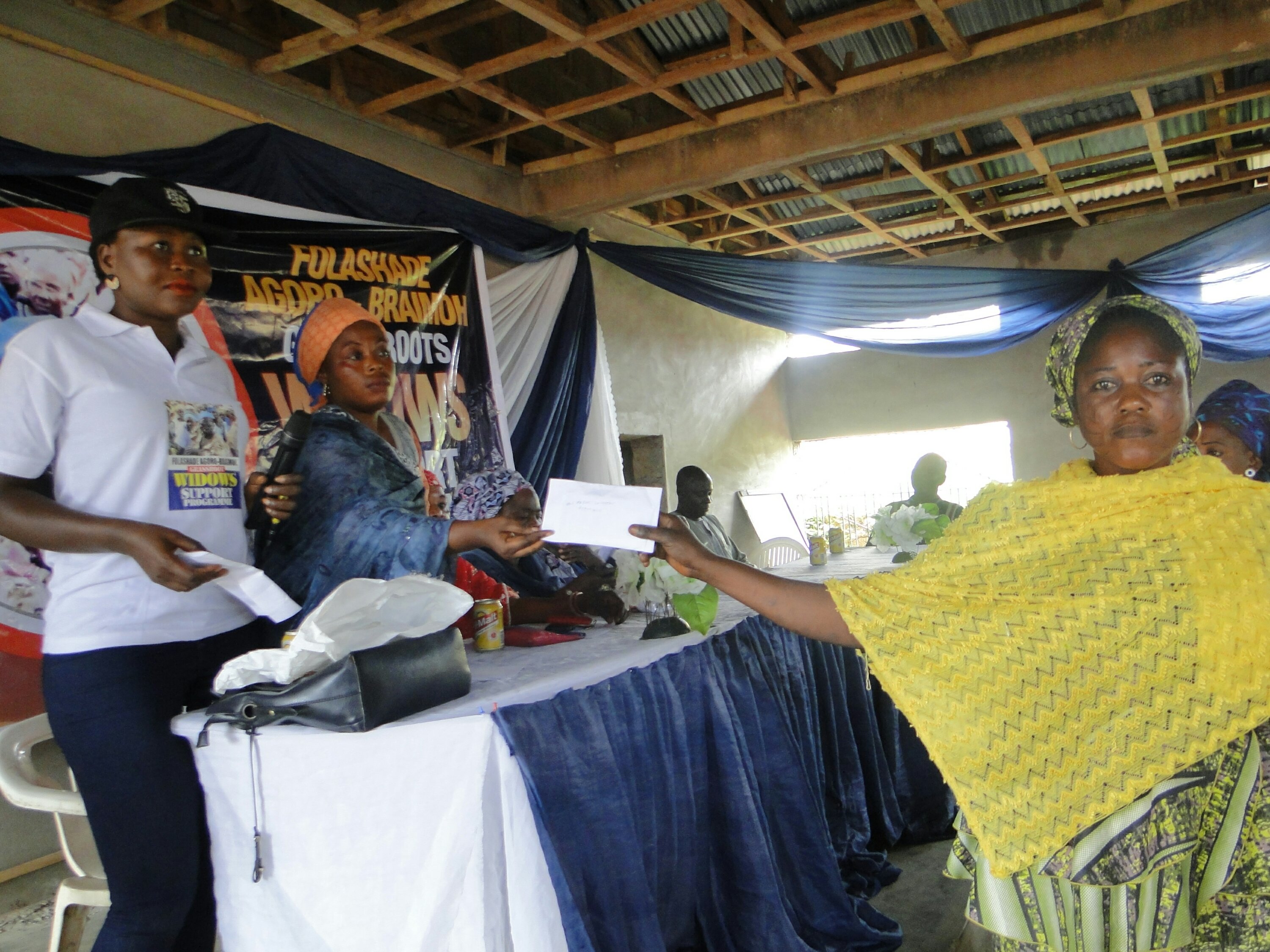 Folashade Agoro-Braimoh Foundation had earlier this year organized a Spelling Bee Competition to encourage reading among students in secondary school.