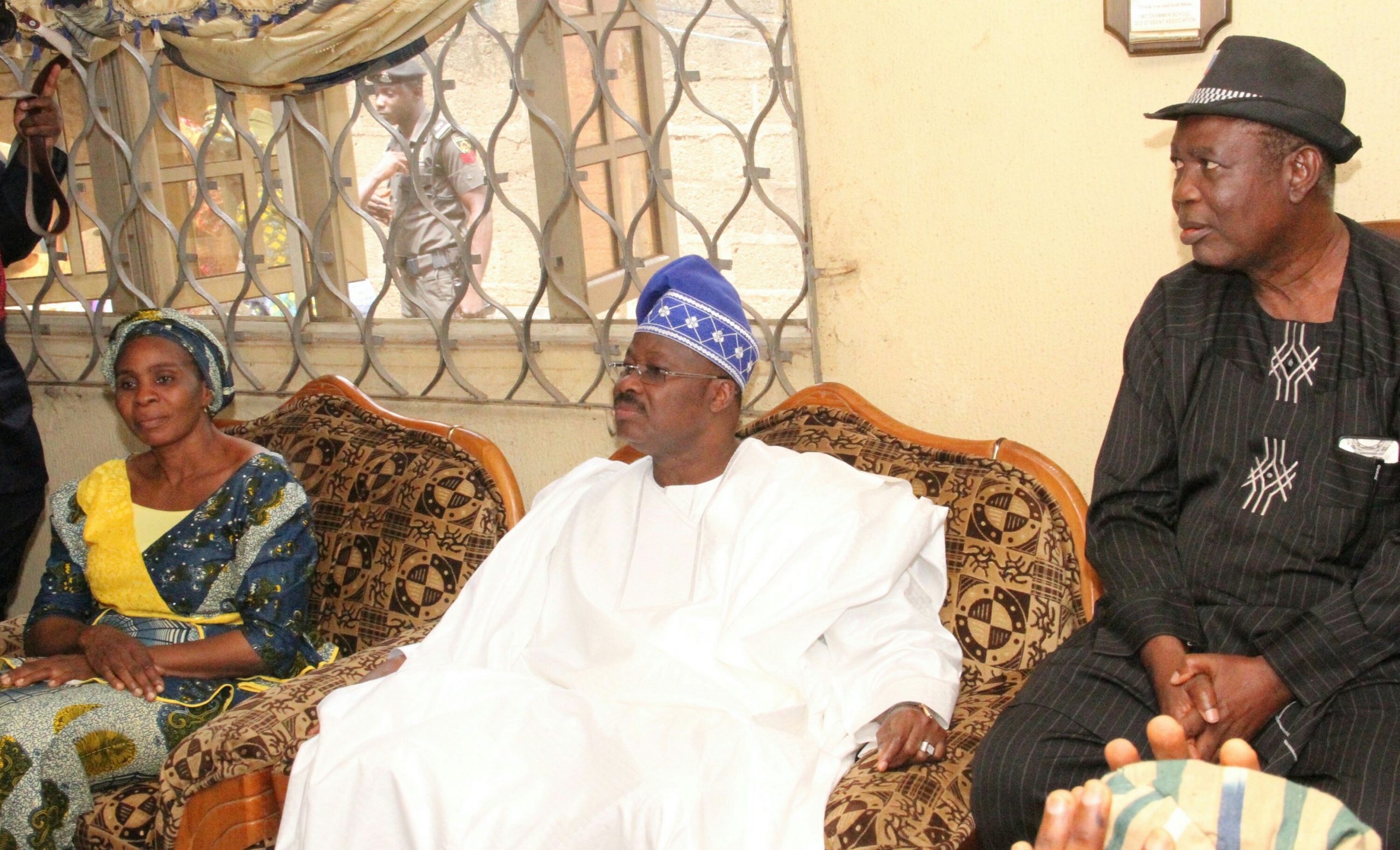 Gov. Ajimobi with the wife of the deceased and the late politician’s brother during the condolence visit 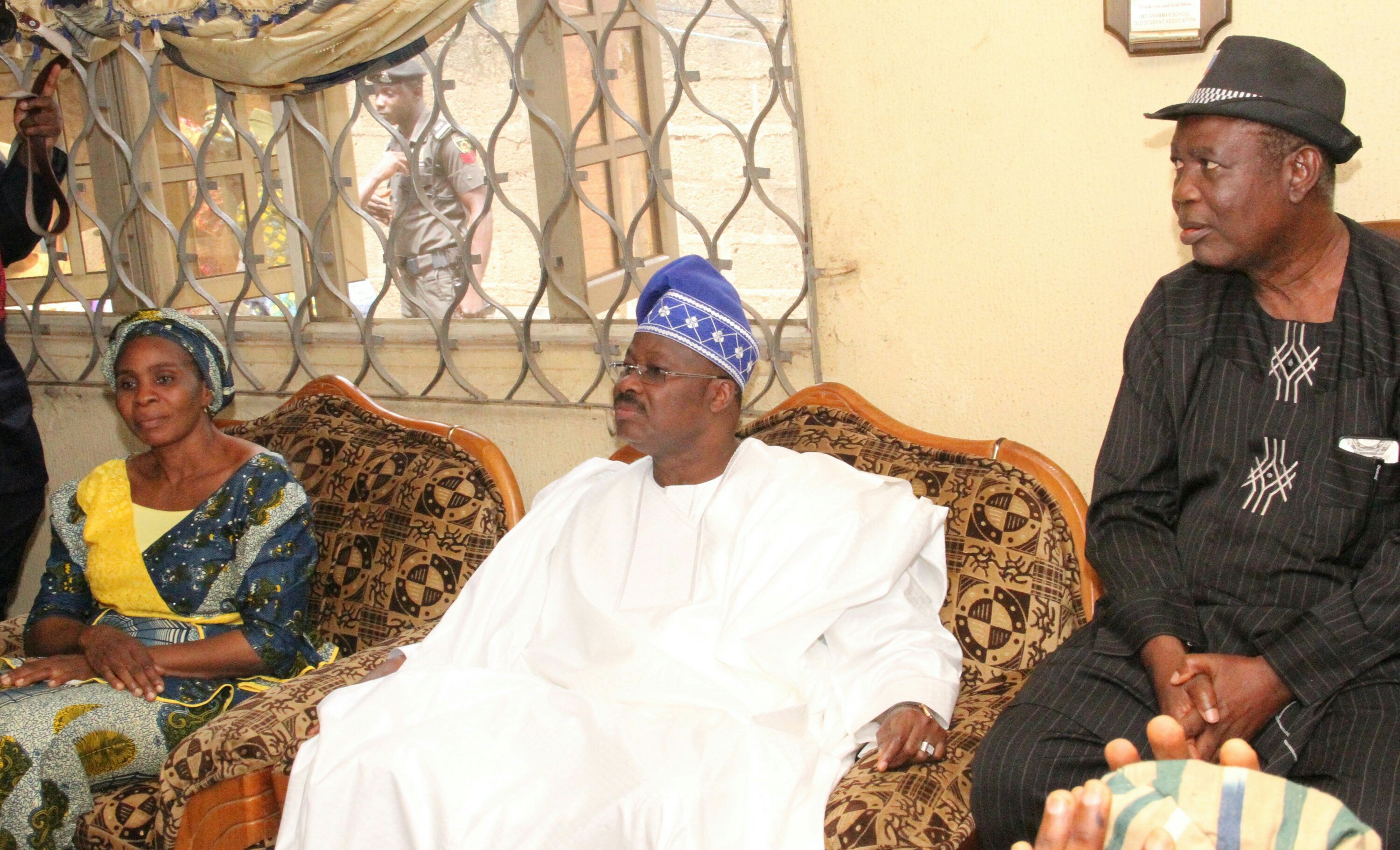 Oyo State Governor, Senator Abiola Ajimobi, has said that the growing incidence of greed and desperation to amass wealth by political players is alien to the progressives’ politics of late Chief Obafemi Awolowo era. 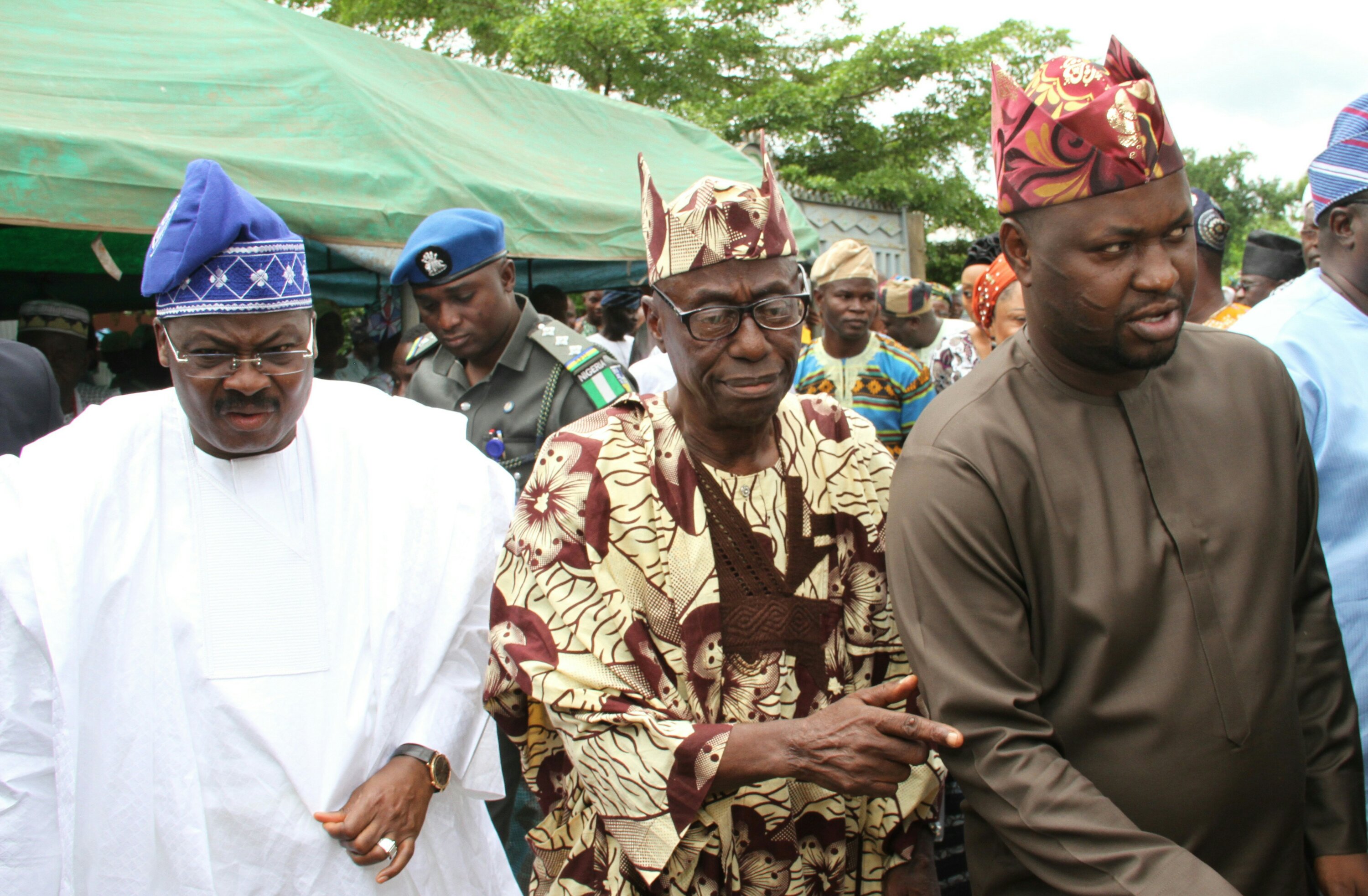 The governor said this during a condolence visit to the family of a late leader of the All Progressives Congress (APC) in Oyo Central Senatorial District, Pa Samuel Ogundiran, in Jobele, Afijio Local Government Area.

Ahead of the 2019 general election, he called on political parties to conduct proper scrutiny and integrity check for aspirants jostling for their tickets, while also challenging those that have what it takes to lead to throw their hats into the ring.

Ajimobi described the deceased politician as “one of the last men standing” among the disciples of Awolowo, who embraced progressives politics till death.

He said, “Chief Awolowo maintained his stand in politics, despite pressures from the center and his followers, like Pa Ogundiran, would remain resolute on their ideology.

“Progressives politics is today riddled with greed. It is no more the same progressives we used to know. It is all about money. If you give them money yesterday and you have none to give them today, you will be called names.

“I also want to say that politicians aspiring for political offices must be thoroughly screened from home to know them better before they can event get the ticket. Most aspirants do not have the discipline and decorum to lead others.”

Ajimobi, who also described himself as a progressive politics, said his own brand of politics places emphasis on winning elections, just as the leader of the APC, Asiwaju Bola Tinubu and President Muhammadu Buhari.

He said this was slightly different from the politics of the Awolowo era that focused more on participation than winning elections.

The governor advised the children of the late politician to emulate the good deeds of their father, bearing in mind that they could someday also assume positions of leadership.

The governor prayed for the repose of the soul of the deceased, adding that the void created by his departure would be too difficult to fill.