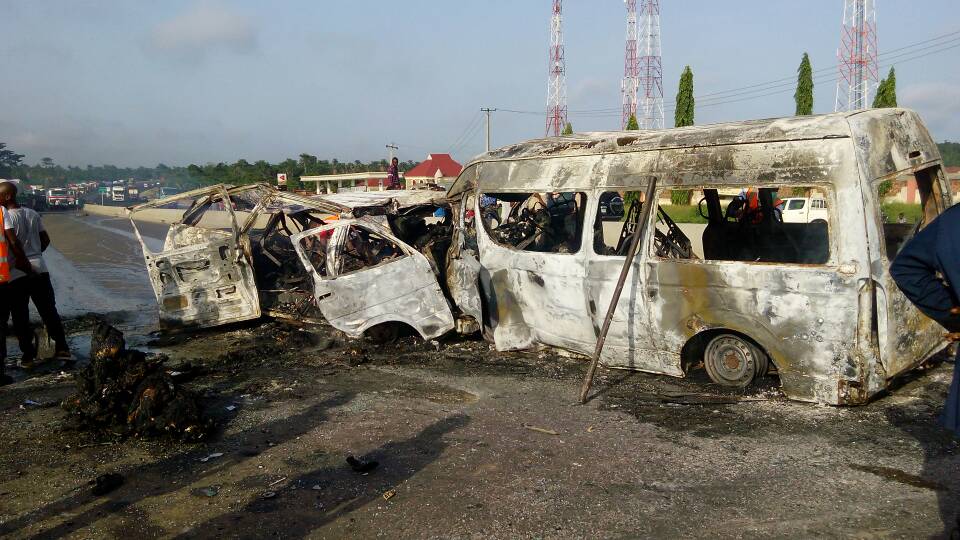 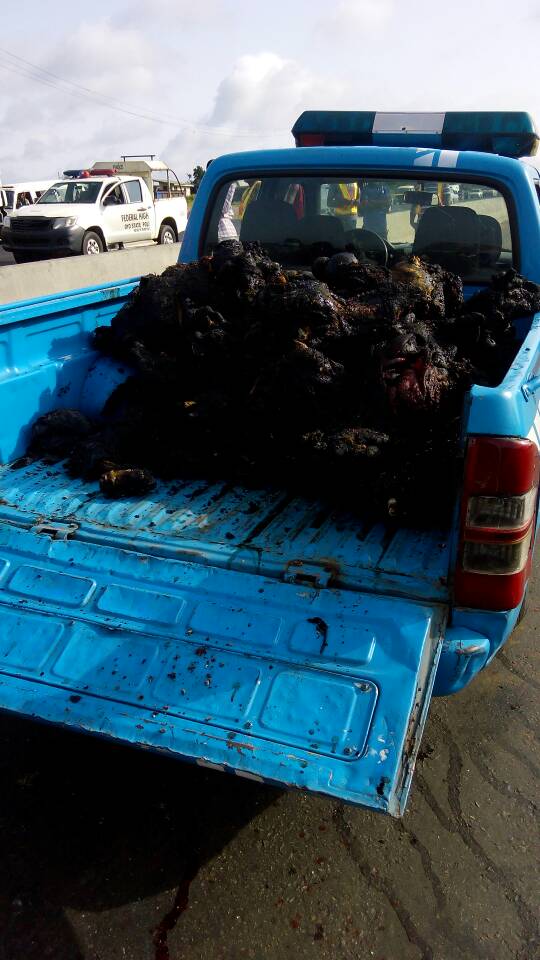 The accident which occurred when one of the drivers who was heading towards Ibadan on high speed took to the diversion lane due to an ongoing repair of the road overtook another vehicle and collided with an oncoming Urvan bus, leading to an instant fire outburst.

Officials of Federal Road Safety Commission (FRSC) who spoke with The Chronicler news reporter said all the passengers and the two drivers were dead due to inability to access the passengers at the burst of the fire.

“It is a calamity, they all lost their lives due to reckless driving by one of the drivers who took to the Lagos lane as a result of diversion which was caused by road repair and made attempt to overtake another vehicle before meeting the oncoming bus on collision.

“Our people should be careful with the way they overspeed while passengers should endeavor to caution their drivers to guide against dangerous driving,” the FRSC personnel who sought anonymity said.

Bodies of the victims have been deposited at the Accident and Emergency Unit of the University College Hospital, (UCH), Ibadan.