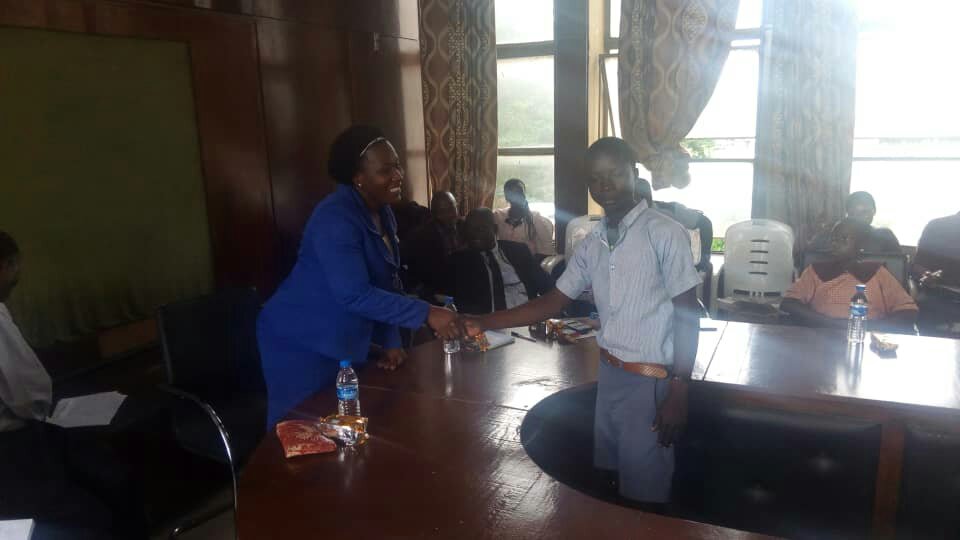 *Lateef in a warm handshake with the Director of Sports, Ministry of Youths and Sports*

Iseyin District Grammar School, Iseyin came overall second at today’s final of an essay competition organized by Oyo State Ministry of Education, Science and Technology in conjunction with the State Ministry of Youths and Sports at Ibadan.

The competition, which was organized to commemorate Nigerian independence had earlier been observed at the eight educational zones of the State from where today’s contestants emerged.

Lateef said he appreciated the efforts of his parents and teachers on his academic pursuit that led him to the success he attained at the finals and promised to do more to further bring the name of his school to glory.

“I came to take the first position today, having won at the zonal level but as God would have it, I came second. I promise to work more on my writings so I can do better when next the challenge comes up,” he said. 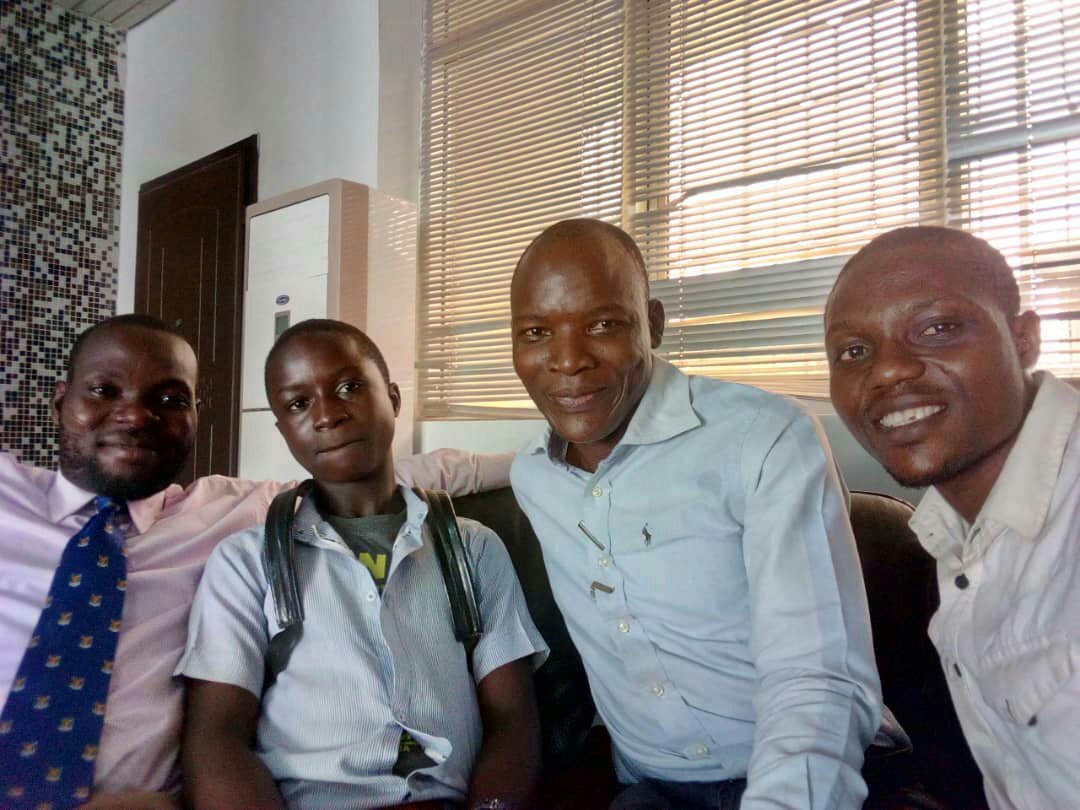 *He visited the governor’s office with his teacher (in tie)*

He was taken to see some notable places at the State secretariat by his teachers after the event before heading back to Iseyin. 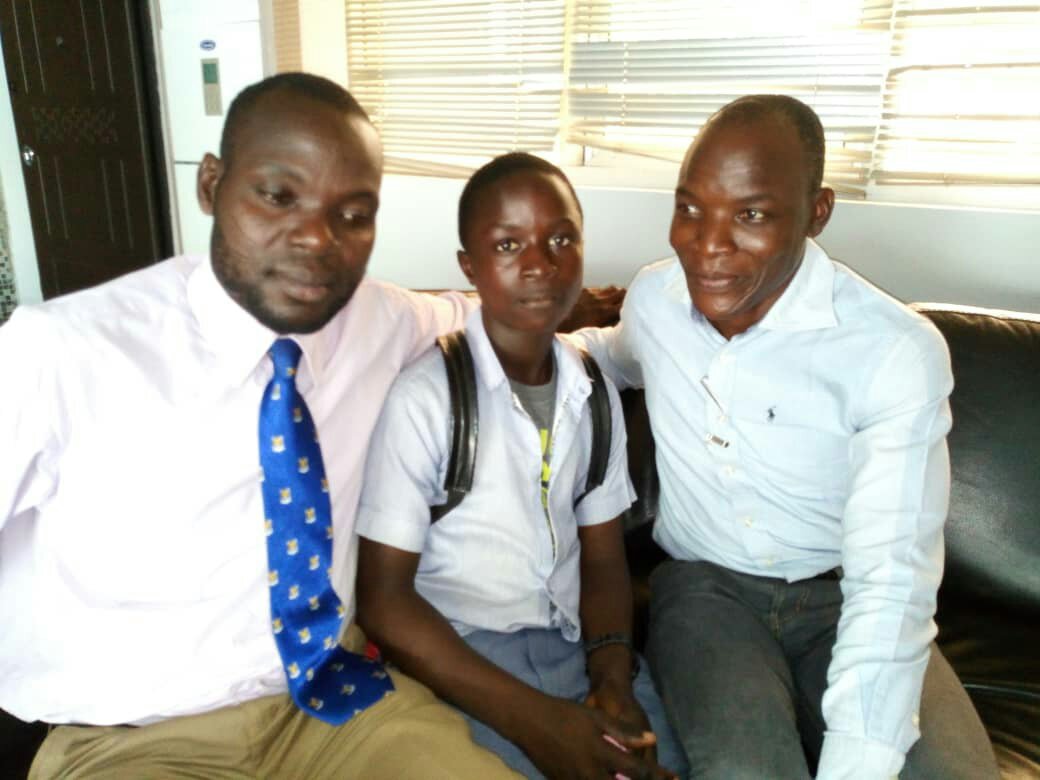