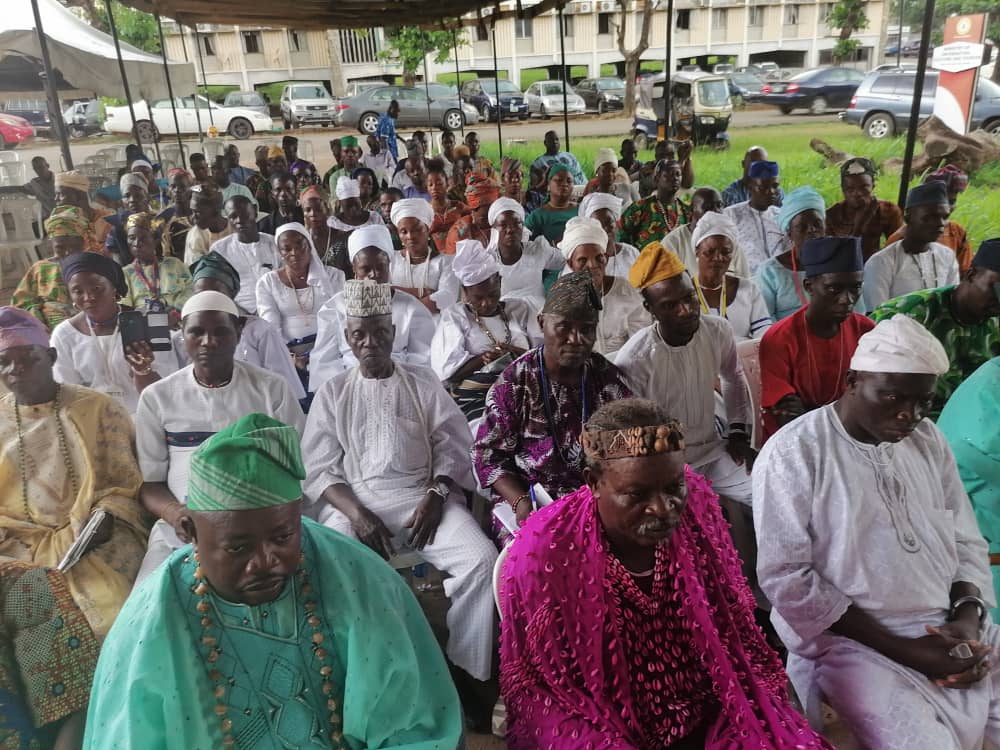 ….As Govt Meets With Leaders of Egungun Sect in Ibadan To Promote Peace 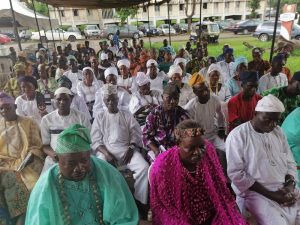 The Oyo State government and the totality of traditional worshipers in the State have agreed to collaborate and invoke spiritual powers to fight the recent surge in insecurity.

The resolution was part of the outcome of deliberations at a meeting on Community and Public Enlightenement on Security and Peaceful Coexistence, which held on Wednesday at the State Ministry of Information, Culture and Tourism in Ibadan.

The Commissioner for Information, Culture and Tourism, Dr. Wasiu Olatubosun who convened the meeting on behalf of the government expressed the joy of the State administration for the support given to the governor by the traditional worshippers since the last gubernatorial elections.

He declared that the Seyi Makinde-led administration was working on the request of the traditional worshipers to be granted a public holiday and harped on the need to involve the traditionalists, among other religious bodies, in the effort to end insecurity in the State.

“I wish to inform you that work is ongoing on the approval of a special holiday for traditional worshippers in Oyo State, it is a long process that must go through legislation, executive assent and State gazette, the government is working on this and we need your continuos collaboration to make Oyo State more harmonious and attractive to investors.

“We need to involve you our fathers and mothers, brothers and sisters in the traditional religion in putting an end to insecurity in the State, we are using this opportunity to urge you to do all you can, including making spiritual appeasements, sacrifices to ensure and maintain peace in our State.

“In the old, our forefathers had ways of overcoming insecurity, we need to go back and adopt some of these methods to make our land habitable, to make Oyo State the pride of other States and attract investors to bring their businesses, which in turn multiply employment opprtunities and improve commercial activities.”

The Executive Assistance on Administration to Governor Seyi Makinde, Rev. Idowu Ogedengbe who was also at the event, called on the traditionalists to continue their support for the incumbent administration, so as the developmental projects embarked upon by the government would continue.

Ogedengbe noted that since the arrival of Governor Seyi Makinde’s administration in Oyo State, so many projects, programmes and policies have been put in place to improve the welfare of the people and give support to the youths, the elderly and other sectors of the society.

While speaking on behalf of the traditionalists, the Aare Isese of Oyo State, Aare Omikunmi Egbelade, the Chairman, Asa Orisa of Nigeria, Chief Oke Adejare and Oba Ela of Oyo State, Oba Ojebode Awoniran, called on the State government to make funds available for the three major religion bodies, for them to engage in special appeasement prayers and sacrifices.

They urged the administration to accord traditionalists more recognition and sense of belonging by approving the public holiday they have been clamoring for and promised their unalloyed support for Governor Seyi Makinde’s administration.

Meanwhile the State government has also met with the leadership of Ibadan masquerades to intimate them of the peaceful coexistence message of the State administration.

The emergency security consultative meeting on Egungun festival in Ibadan was at the behest of the Special Adviser to Governor Seyi Makinde on Security, who also doubles as the Executive Secretary of the State’s Security Trust Fund, Mr Fatai Owoseeni had in attendance, the Ekefa Olubadan of Ibadanland, High Chief Lekan Alabi, the State Commissioner of Police, Mrs Ngozi Onadeko and the Director General, Operation Burst, Col. Oladipo Ajibola (Rtd).

Also at the meeting was the Alaagba of Ibadan (leader of Egungun sect) and Chairmen of four local government areas in Ibadan.

Mr Owoseni said the State government has provided more security personnel to monitor the activities of the masquerades and urged miscreants not to join the procession, to avoid arrest and prosecution.