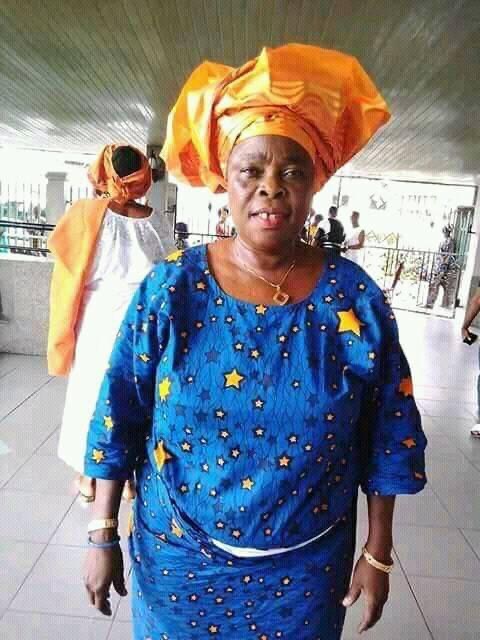 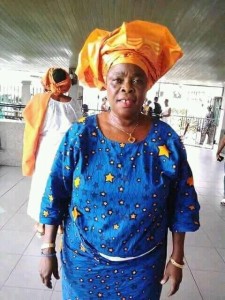 A female party leader in the People’s Democratic Party (PDP) in Iseyin, Iseyin local government, Alhaja Sherifat Akorede has denied being among some individuals that distanced themselves from a consensus that produced Honorable Oyesina Oyedeji as the Federal House of Representatives flag bearer of the party, to represent Iseyin, Itesiwaju, Iwajowa and Kajola federal constituency.

Akorede who is a Special Adviser to the Chairman, Iseyin Local Government, Hon. Mufutau Abilawon said she would abide by the directives and positions of Governor Seyi Makinde and the leadership of the party in the State.

Sherifat said “I was alarmed when someone called me at Iseyin here that they saw my name among those that claimed they distanced themselves from the consensus position of the party and the governor, I called one of those on the list and he said they thought I would agree with them, where do they do that?”

”I am in support of Governor Makinde’s decision on consensus, if we have an issue with any candidate, we can table our grievance before the leaders of the party, not to do it in this way,” she retorted.

A report on Thursday has said that and elders of the People’s Democratic Party in Iseyin, Itesiwaju, Kajola and Iwajowa Federal Constituency, Oyo state have distanced themselves from the purported consensus arrangement that produced Mr Oyesina Oyedeji as the candidate for the House of Representatives ticket ahead of the 2023 election.

The leaders said at no time did they meet to approval or agree on the choice calling on Governor Seyi Makinde not to fall for the gimmicks of mischief makers in the region who are bent on formenting troubles and polarising the party for their selfish interest.

The leaders spoke during a press conference which held in Ibandan on Wednesday.

The leaders who said they have written a protest letter to the Governor said they were not aware of any arrangements or meeting where all the stakeholders and aspirants were called together, addressed before a compromise was reached on the choice, saying the report that Oyedeji had been selected was against their usual arrangement on wide stakeholders consultation.

They said, to the best of their knowledge, Barrister Mukaila Abiola Kazeem has been the only aspirant that the leaders have endorsed for the position in 2023 having been persuaded to step down for other candidates in 2007 and 2019 on the agreement that he would be endorsed in 2023, an arrangement which they said still remains intact with the party leaders and elders.

The leaders in the separate remarks at the meeting said Mukaila Kazeem had been the only aspirants who had expressed his interest with them ahead of the 2023 election and had been endorsed to purchase the Expression of Interest form from the party National Secretariat, only to hear later that someone else had been given the slot.

They said they decided to call the press conference to make their stand public so as not to be seen as bad leaders and elders who are corrupt and not standing by their words.

The publication mentioned some of the leaders and elders across the local governments in the Federal Constituency who were at the press conference to include: Alhaji Fatai Oguntade (Kajola), Hon Joseph Olaniyan (Itesiwaju), Alhaja Serifatu Akorede (Iseyin), Mr Kofo Adeagbo (Iwajowa) and Mr Afolabi John (Iwajowa).