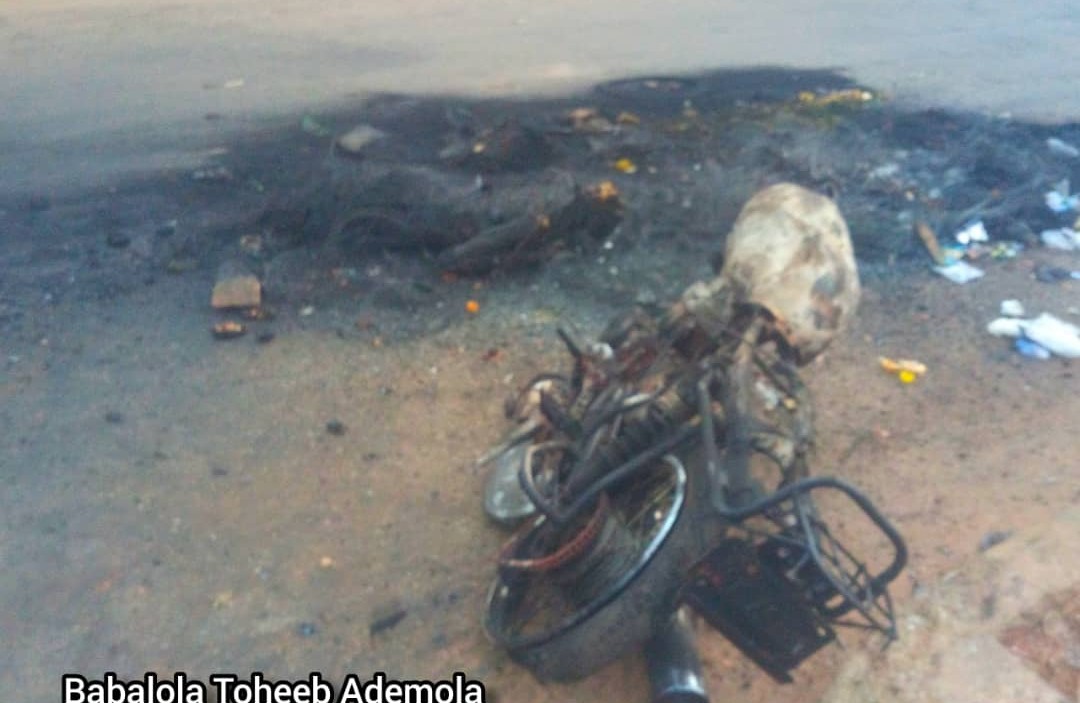 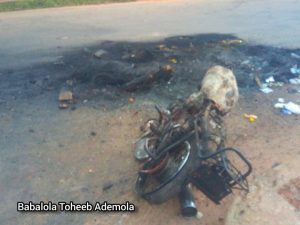 Two suspected armed robbers were on Wednesday evening burnt alive at Bembo area of Sango in Ibadan by an irate mob.

Sources who witnessed the incident claimed that the robbers hijacked a motorcycle from a commercial motorcyclist, popularly called ‘Okadaman’ along Sango-Eleyele road around 8pm on Wednesday.

According to a source who live in the neighborhood, the thieves were being chased from Eleyele before they were caught and torched at the Bembo Junction.

“Some people were chasing them with bikes from Eleyele. They were caught and the irate mob dragged them here around to 8pm, where they were burnt.

”They said the suspected armed robbers overpowered an Okada man and snatched his bike, using a gun which was found on them.

”The unfortunate thing is that someone among the mob took away the gun. Something has to be done on this recurring problem of jungle justice. But you can hardly blame them. What if they were taken to the police and were eventually released?” the witness asked.

The Chronicler Newspaper reporter noted that the carcasses of the burnt robbers and the stolen motorcycle was still at the scene as on Thursday morning.