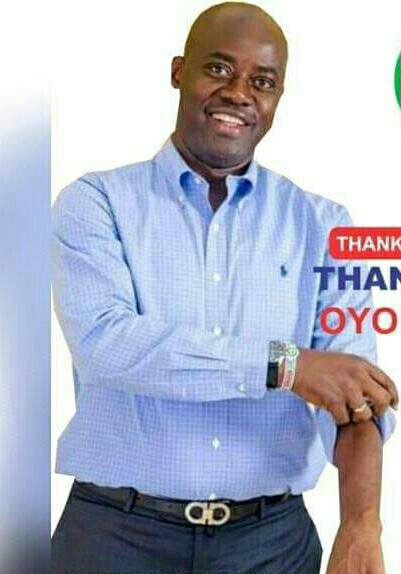 The board of Oyo State Independent Electoral Commission, (OYSIEC) has been dissolved by the State governor, Seyi Makinde.

In a letter, signed by the State’s Head of Service, Alhaja Amidat Ololade Agboola on Thursday, the board of OYSIEC were asked to hand over all government properties in their possession to the Director of administration at the commission. 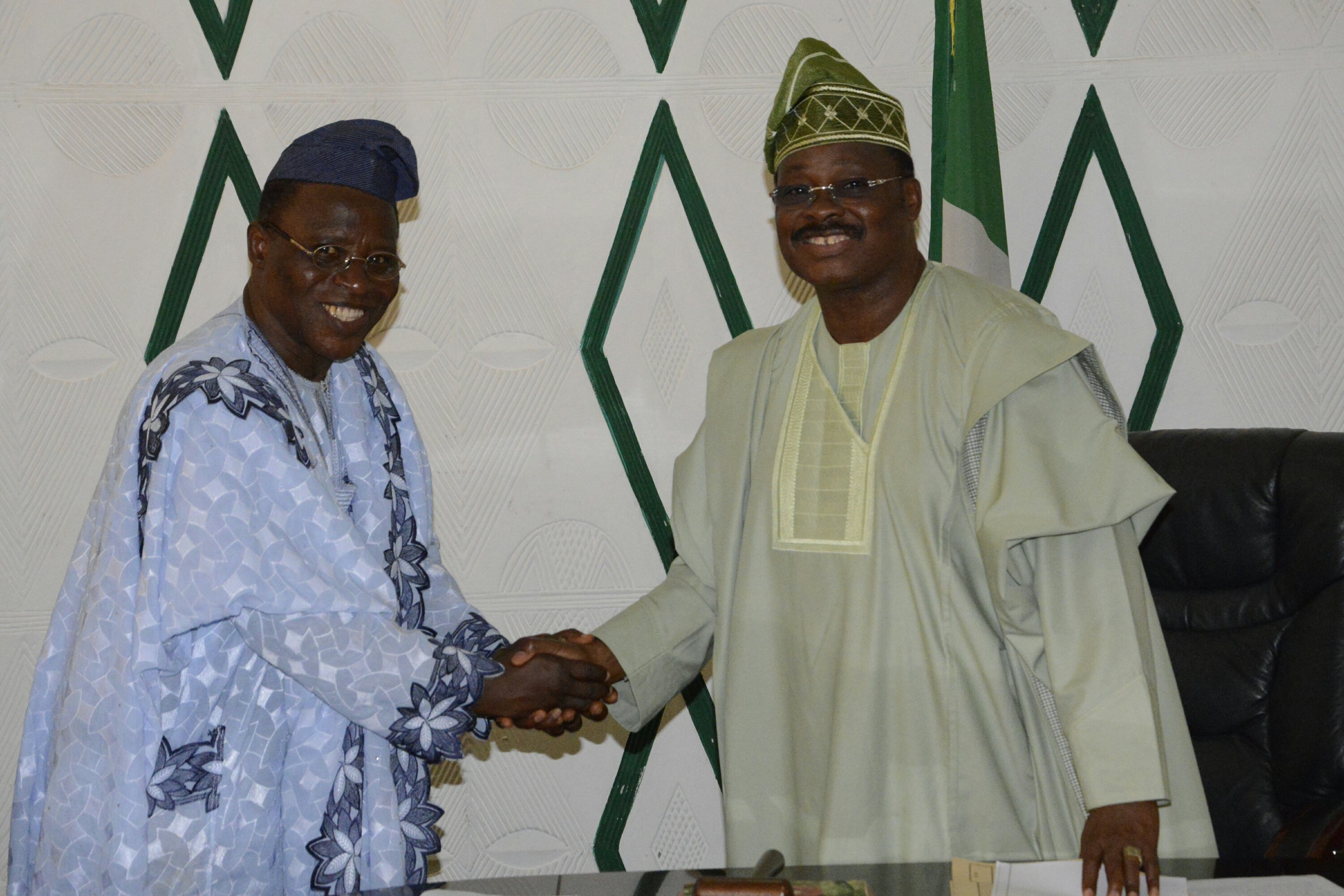 The statement held that the governor acknowledged the fact that the tenure of members of OYSIEC was yet completed, he promised to offset all salaries and allowances of members till the end of their tenure in a lump sum. 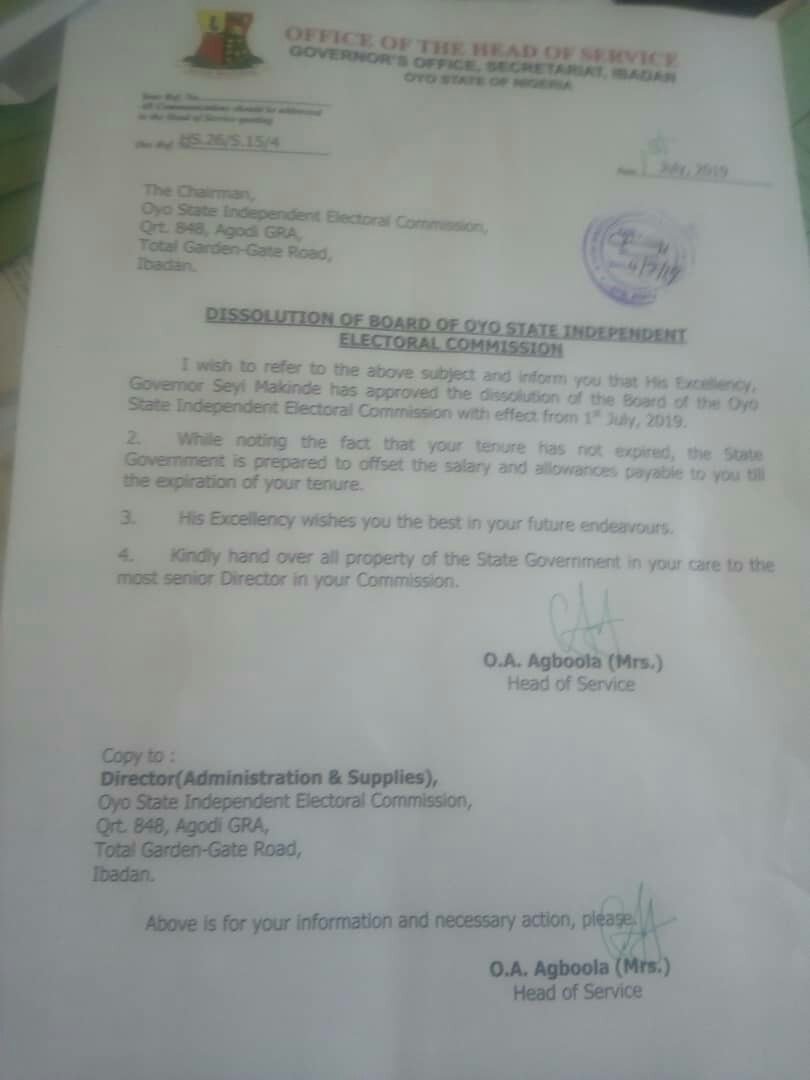 *The Letter of dissolution

The letter reads, “I wish to refer to the above subject and inform you that His Excellency, Engr. Seyi Makinde has approved the dissolution of the board of Oyo State Independent Electoral Commission with effect from 1st July, 2019.

“While noting the fact that your tenure has not expired, the State government is ready to offset all salaries and allowances payable to you till the end of your tenure.

“His Excellency wishes you the best in your future endeavors. Kindly hand over the property of the State in your care to the most senior Director in your commission.”

The Chronicler newspaper recalls that the OYSIEC board, headed by Mr Olajide Ajeigbe, a retired staff of Independent National Electoral Commission (INEC) was inaugurated on June 19th 2016 by former governor Abiola Ajimobi.

One Reply to Makinde Dissolves Oyo Electoral Board