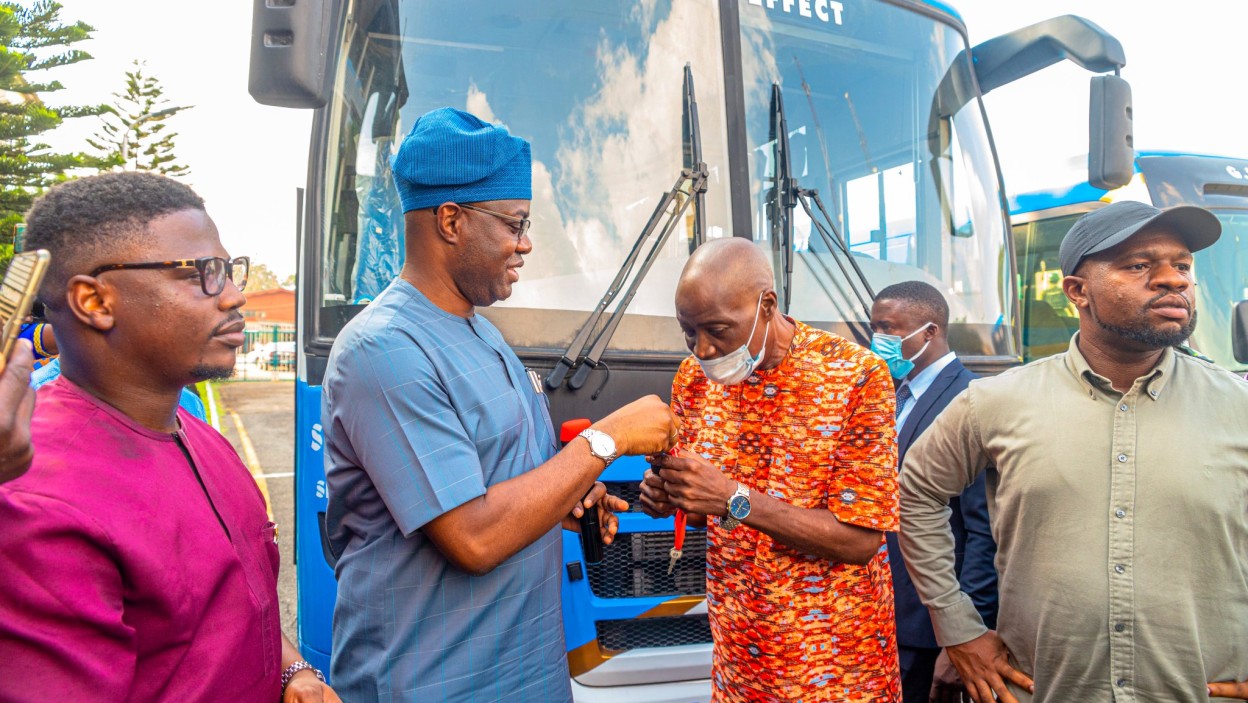 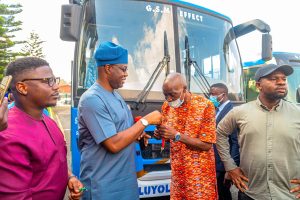 …charges Shooting to go for NPFL crown at first attempt
Oyo State Governor, ‘Seyi Makinde, on Wednesday, donated three buses to the Shooting Stars Supporters’ Club (3SC) and the Crown Football Club, Ogbomoso, charging the two teams to work harder for better results in their respective leagues.
Makinde, who congratulated the 3SC on its promotion to the Nigerian Premier Football League, said his administration would always support the team, while also urging Crown FC Ogbomoso to work hard to gain promotion to the top league.

A statement by the Chief Press Secretary to the state governor, Mr. Taiwo Adisa, quoted the governor as charging the 3SC to go for greater glory by winning the NPFL at the first attempt.
He equally stated that the Oyo State government would give the team every necessary support to succeed.

“You will recall that when I came to watch your match, we said that we would upgrade the stadium and ensure that you can play matches at night, because we want to keep coming to watch you.

“So, we will be coming for your matches. We want to encourage you. It is not just to gain promotion or stay there but to win the league.

“At this first attempt, you must win the league and we must start playing continental competition here in Ibadan and, as a government, we will do everything humanly possible to provide support and a conducive atmosphere for you.

“So, the work is just starting. This is the beginning and you have to sustain it. That is why we are giving you the two buses so that your moving around Nigeria will be smooth.
“I have received so many messages regarding Shooting Stars, they wanted us to sack the management team because it was the previous administration that put it there but we refused because we believe you can deliver. We were disappointed the first year but you delivered the second year. So, for us, we stand for continuity.
“When people asked me some questions about the management of Shooting Stars, why some players are being sold, I told them that, yes, we will have challenges but we can work through them together. So, we can draw you out simply because we want you to get better.
“I know you are starting the league soon. If you need anything regarding players, I will assist you. If I need to support you with my resources, I will. So, please quickly come back to us and let us know what you need. When you went to Enugu, I approved what you said you needed immediately and I am glad that you came back with the result we were looking for.”
Speaking further, the governor urged the Crown Football Club to also take a cue from the 3SC by working hard to gain promotion to the premier league, noting that the state is capable of having two teams in the premier league.
He added that his government would continue to do everything it can to also support the team, stating that the rehabilitation of the Soun Stadium, Ogbomoso and the presentation of a bus to the team were parts of the moves to also encourage the team.
“For Crown, don’t think we are not looking in your direction. We are giving these Coaster Buses to ease your movement. I am here also promising you that if you also gain promotion, you will get the same thing. Who says we cannot have two NPFL teams here? We can and we will support that.
“We have asked them to renovate the Ogbomoso Township stadium and I know they are doing that. I look forward to coming in to watch some of your matches.” 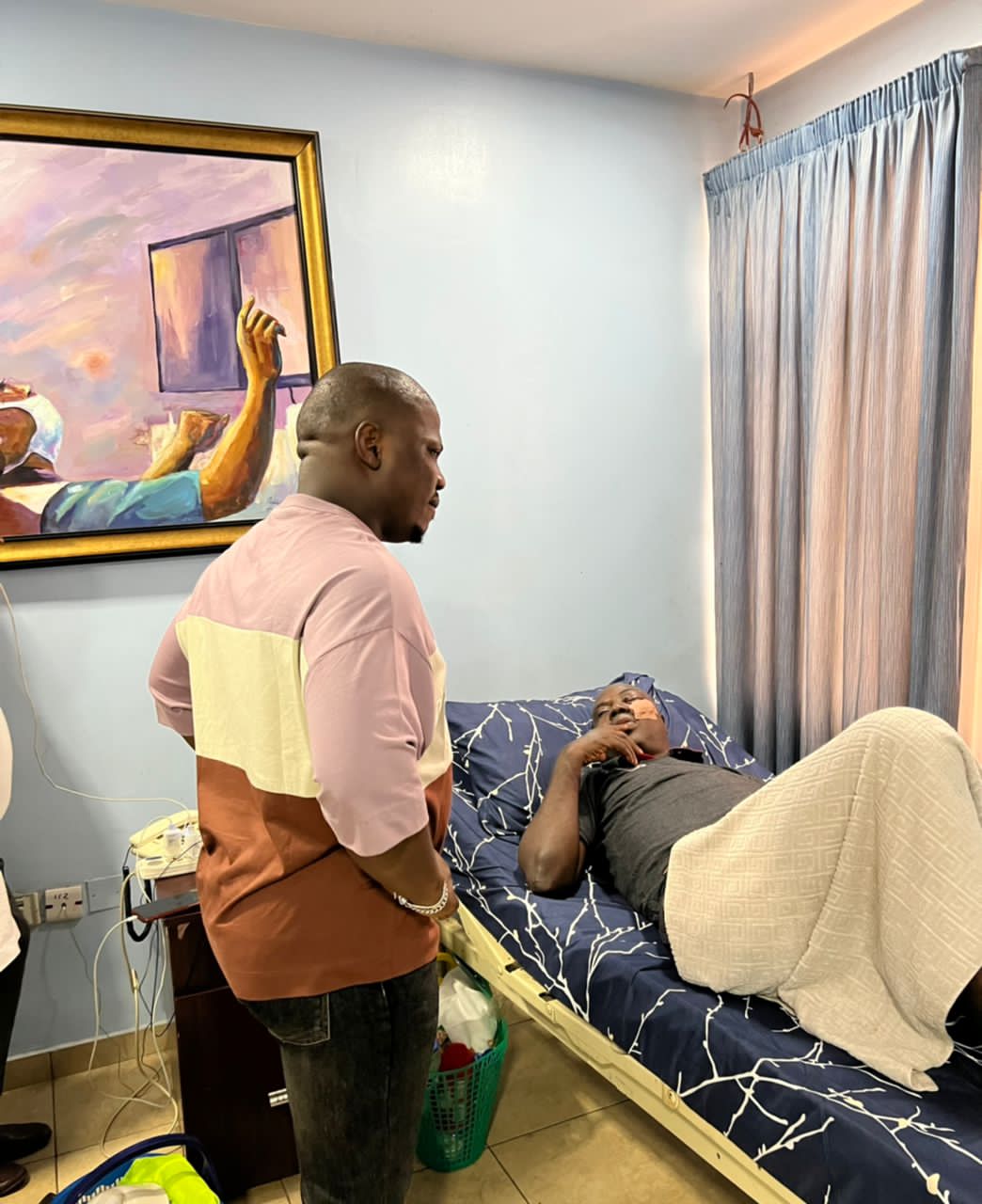 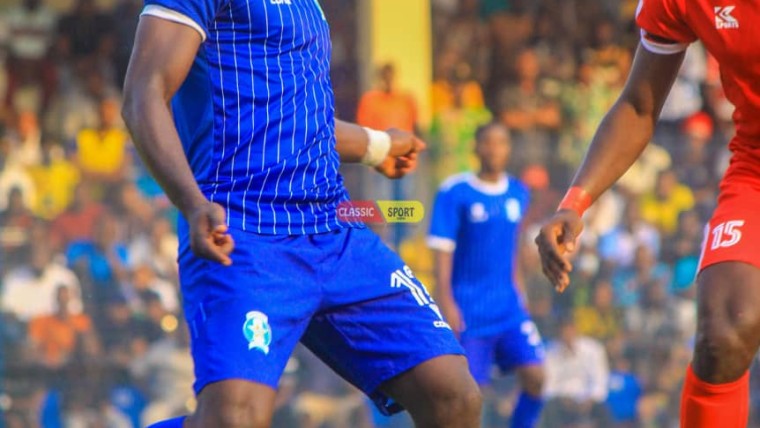