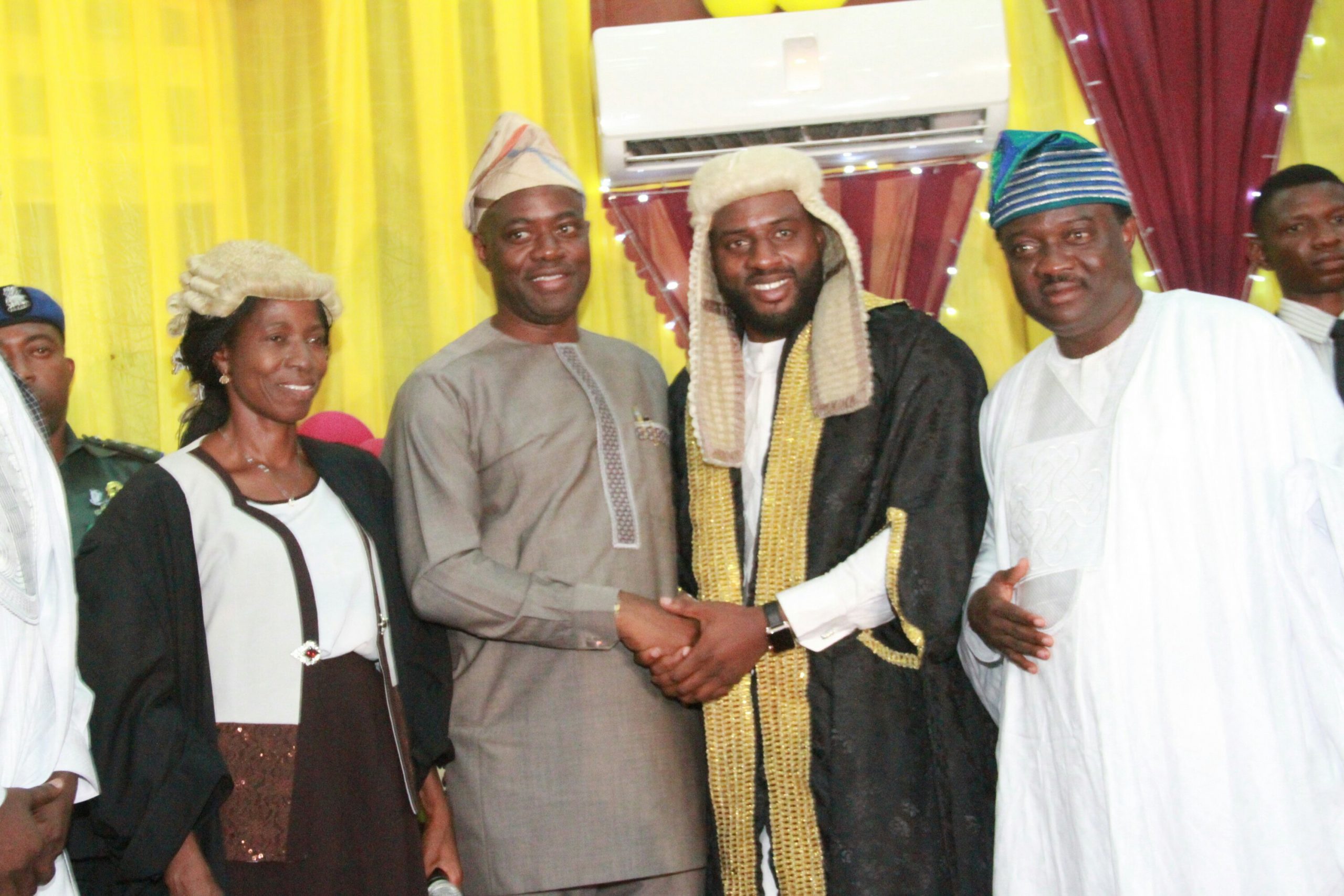 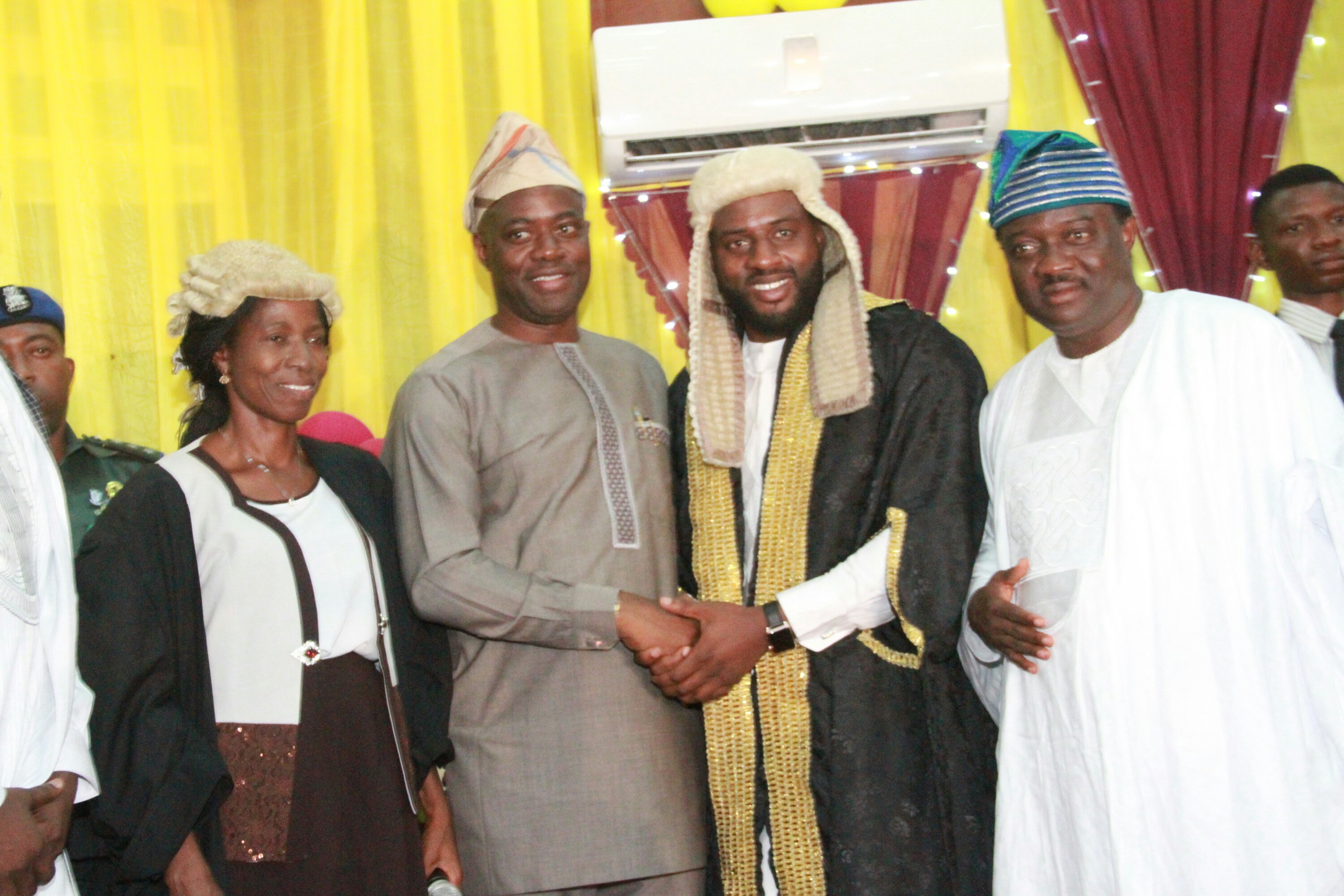 * Gov. Makinde with the new Speaker, Hon. Debo Ogundoyin with his deputy, Abiodun Fadeyi and the Clerk of the House, Mrs Felicia Adedoyin after the inauguration

Oyo State governor, Engr. Seyi Makinde has charged the newly inaugurated State assembly to work with the executive in achieving the goals of his administration in taking the State to greater height. 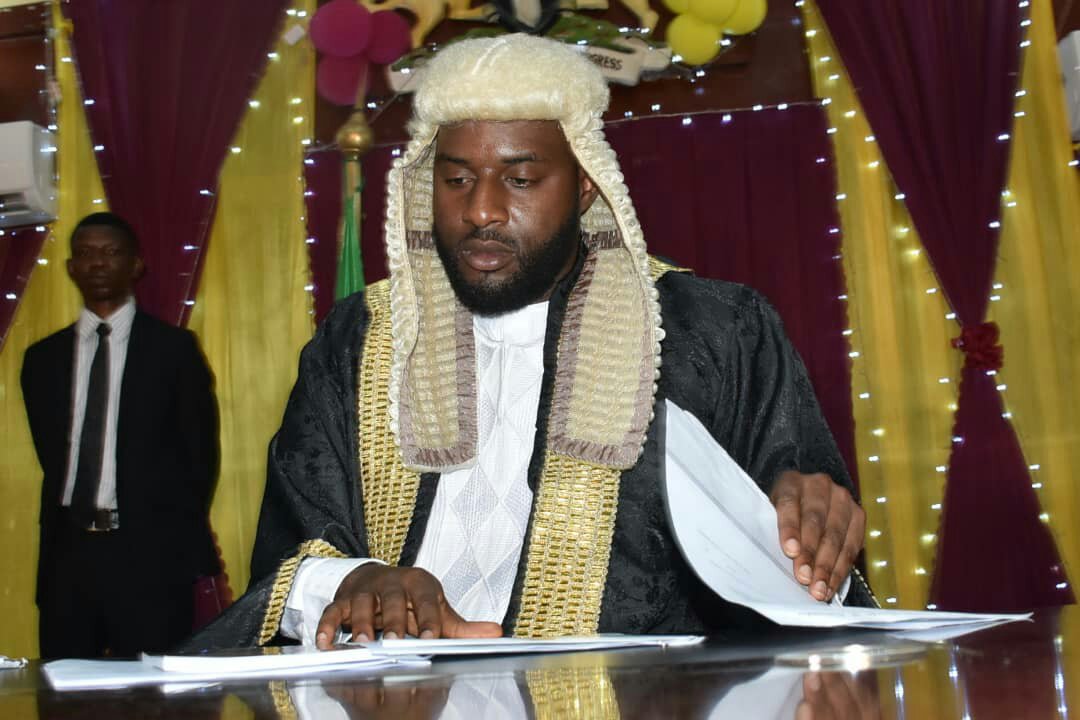 In his words, the governor said he looked forward to harmonious relationship between the executive and legislature in the State which he reckoned would assist in fulfilling various promises made before and after the 2019 general elections.

He also promised that his administration would respect the doctrine of separation of power as provided in the nation’s constitution in order for the legislature to do its assigned responsibility without fear of executive intimidation.

“This will be my first time of addressing you as we inaugurate this Assembly. It is also the first time, as members of the Oyo State house of Assembly, for all but three returning members. I believe this will mark the beginning of a new type of synergy.

“A look at the history of the relationship between the executive and the legislature since the return of democracy in 1999 till date shows that the past two decades have seen pockets of crisis. We all remember those years of crisis and why they happened.

“We also remember those times when the executive and legislature worked together and how it turned out. Our administration hopes to build on this existing cordiality and take things to a better level.

“We exist; the legislature and judiciary, to move Oyo State forward in the right direction. I will do everything in my power to see that there is a good working relationship between the arms of government, even as we expect the legislature to carry out its oversight functions diligently. We will respect the autonomy of the legislative arm of government and sustain the doctrine of separation of powers as enshrined in the constitution of the Federal Republic of Nigeria, 1999 (as amended).”

Engr. Makinde observed that the ninth would have buoyant contributions to governance in the State as members were from different parties as well as different progressive opinions, promising to give speedy assents to bills presented by the legislature.

He thereafter announced that his office would soon present the Oyo State Investment Promotion Agency (OYSIPA) bill and Oyo State and Oyo State Financial Crimes Commission bill which according to him would promote commerce and reduce economic and financial crimes in the State.
“We are not just going to be giving executive directives which will stop being effective once we leave the State House. Our government will be building legacies. I will assent to bills you send in the shortest possible time and I hope that you will deliberate on our executive bills in a timely manner too.
“I therefore want to use this opportunity to mention that two of the bills the executive will be sponsoring are; the Oyo State investment Promotion Agency Bill and the Oyo State Financial Crimes Commission Bill.

“As we inaugurate this new assembly, let us be simply resolved to do our part to ensure the vision of a new Oyo State becomes a reality. Working together, we can achieve this vision,” he retorted.

Among the dignitaries at the event was the deputy governor, Engr. Rauf Olaniyan, Chief of Staff to the governor, Chief Bisi Ilaka, the Head of Service, Alhaja Hamidat Ololade Agboola, representative of the State’s Chief Judge, Munta Abimbola, traditional rulers as well as religious leaders.