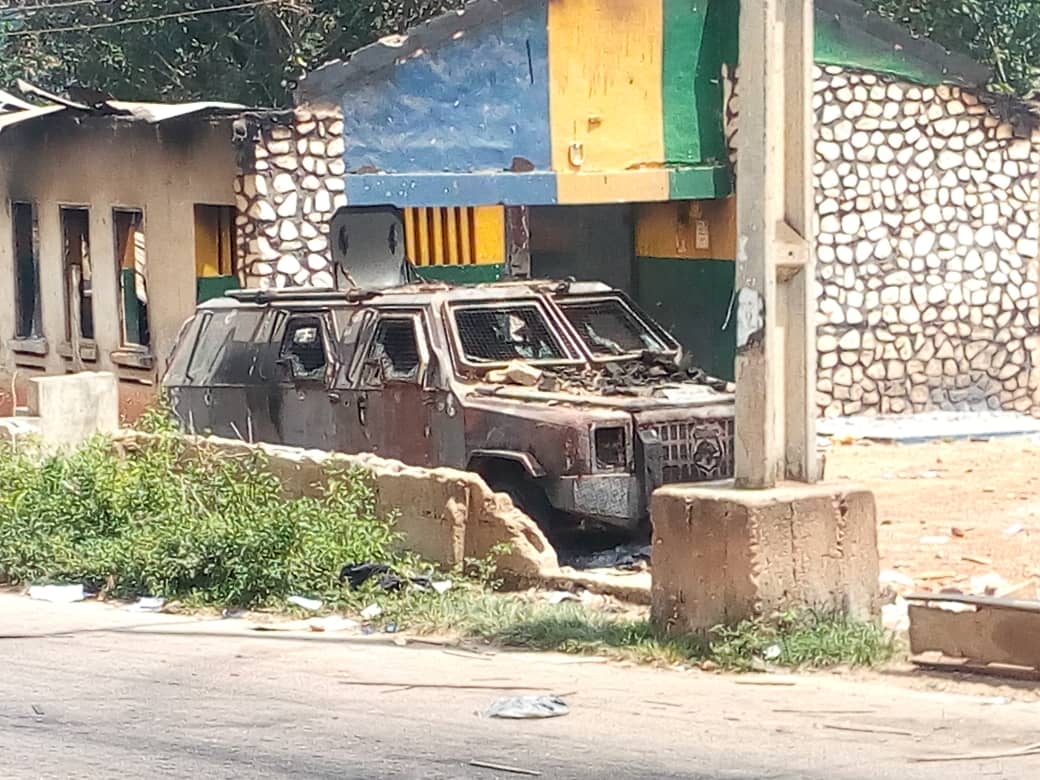 Presenting staff of office to the new Oba at Baptist Primary School, Igbope recently, Engr. Makinde urged the traditional ruler to always be alive to his traditional responsibilities by serving and protecting the interest of his people as well as giving support to the State Government.

Governor Makinde, who was represented by the State Commissioner for Local Government and Chieftaincy Matters, Chief Bayo Lawal, commended the people of Igbope and Oorelope Local Government at large for voting for him at the last gubernatorial election, promising to govern the state with fear of God and would ensure provision of dividends of democracy across the nooks and crannies of the State.

“I am very grateful for your support during year 2019 gubernatorial election, your votes in Igbope and Oorelope Local Government in general is highly appreciated and I promise that we will not fail you in our efforts to effectively bring the desired changes to the good people of Oyo State.

“We urge the general public to sustain their trust in this administration, most especially as the Local Government Elections is drawing nearer, we will not let you down.”

Makinde promised his administration would not fail both at the State and the Local Government level.

Earlier in his address, the Caretaker Chairman, Oorelope Local Government, Hon. Adesola Yaqub thanked God for making the day a reality despite the odds of the installation process, adding that there was no doubt that the occasion would mark the beginning of a new era in the history of Igbope.

He urged the Onigbope of Igbope, Oba Moses Oyetola Olawale to work harmoniously with all and sundry for the growth of the community and Oorelope as well as Oyo State at large.

“I want to admonish the newly crown traditional leader to always endeavour to embrace honesty, truth, transparency as well as to be a role model whose exemplary life would be emulated.”

The Council Chairman therefore prayed that the reign of the king shall witness landmark achievements in the area of socio- economic developments of Igbope, Oorelope and the state in general.

The Onigbope of Igbope, Oba Moses Oyetola Olawale, in his acceptance speech commended Governor Makinde, Igbope Kingmakers and the people of Igbope for their support and pledged his palace would work in harmony with other Oke-Ogun Obas for the development of Igbope and the state at large.