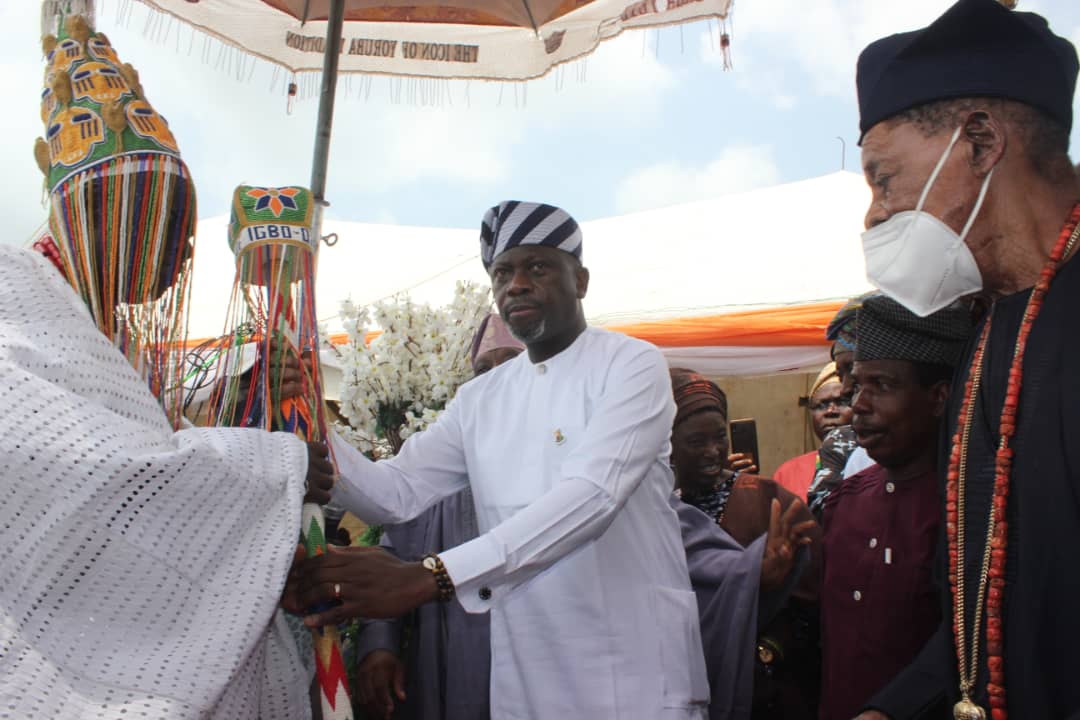 Makinde Presents Staff of Office to Olu of Igbo-Ora

Makinde Presents Staff of Office to Olu of Igbo-Ora 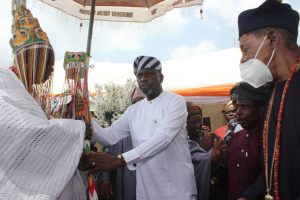 **Picture shows the Chief of Staff to Governor Makinde, Hon. Segun Ogunwuyi, presenting the Staff of Office to the Olu of Igbo-Ora, Oba Jimoh Olajide Titiloye (left), while the Alaafin of Oyo, Oba Lamidi Adeyemi (right), looks on*

While presenting the Staff of Office on behalf of the Governor during the weekend in Igbo-Ora, the Chief of Staff to the Governor, Hon. ‘Segun Ogunwuyi stressed the important roles played by traditional rulers in securing lives and properties and congratulated the new King, urging him to collaborate with the State government in fast-tracking meaningful development in his community.

He reiterated the present administration’s efforts at ensuring the traditional institution in Oyo State is placed in its due position, adding that no stone would be left unturned in ensuring an all-inclusive government.

Ogunwuyi admitted that the position of monarchs come with enormous responsibilities that require wisdom and synergetic efforts with the government and the Council of Obas.

The Chief of Staff therefore urged the Olu of Igbo-Ora land, Oba Jimoh Olajide to see his position as a call to service and ensure he discharges his duties with fairness, justice and equity.

“Kabiyesi, I would like you to see this as a call to service. You are thus expected to discharge your duties as the Paramount Ruler of Igbo-Ora Land in the State Council of Obas and Chiefs with fairness and ensure you consult other Obas and Traditional Rulers to take objective decision that will enhance the rapid development of Igbo-Ora and entire Oyo State”, he said.

In his welcome address, the Chairman, Ibarapa Central Local Government, Prince Adeoye Adedoyin, thanked Governor Seyi Makinde for prompt approval of the coronation, which the people of Igbo-Ora have been yearning for.

The Local Government boss equally commended Alaafin of Oyo, Oba Lamidi Olayiwola Adeyemi and all members of the Traditional Council of Ibarapa Local Government for complementing the State and Local Governments’ efforts to stamp out the case of banditry, kidnapping and rape.

While congratulating the new monarch after the crowning exercise, the Alaafin of Oyo, Oba Lamidi Olayiwola Adeyemi III, commended Engr. Seyi Makinde for his various efforts in ensuring meaningful development at the grassroot.