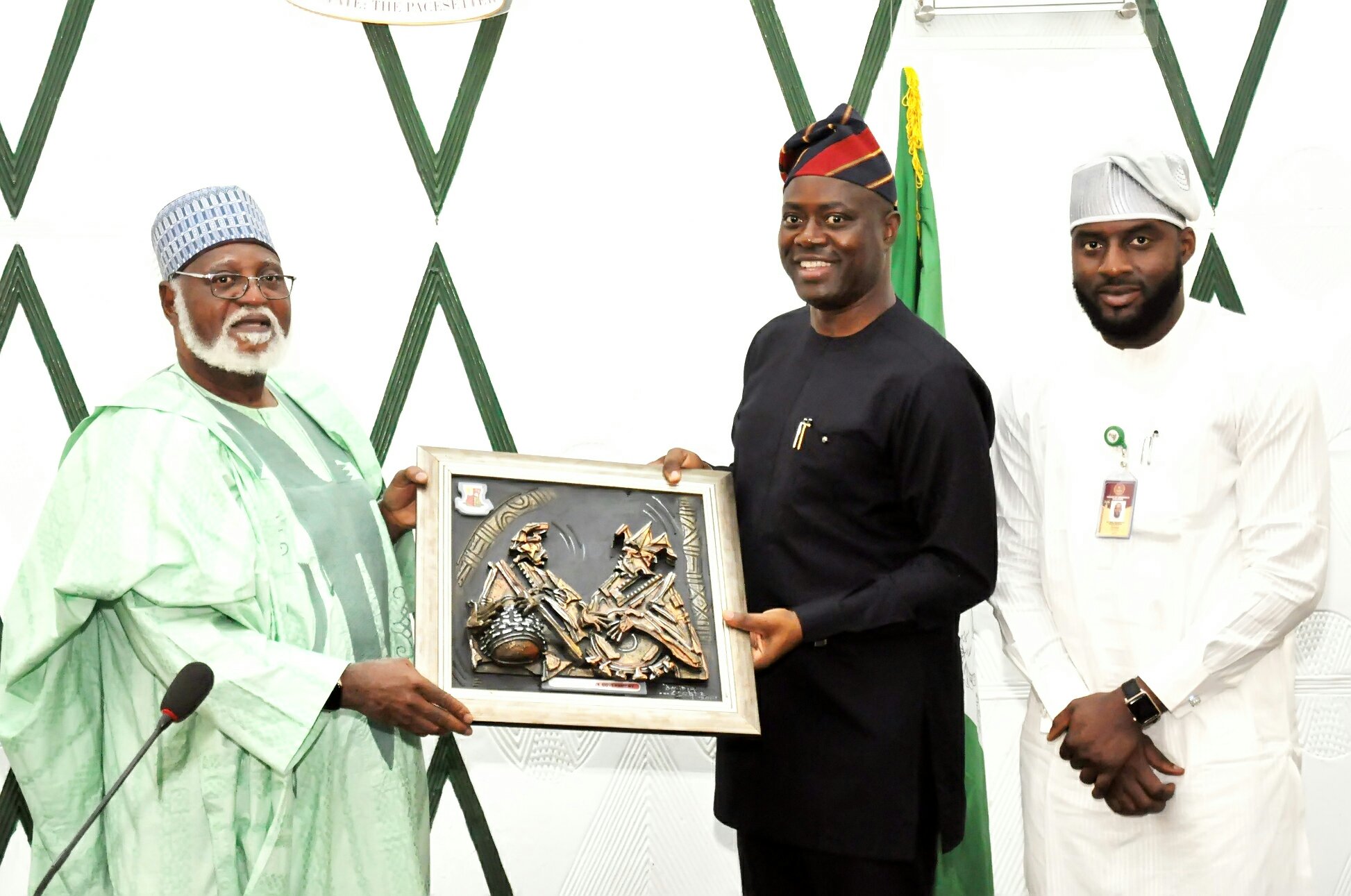 …As Ex-Head of State, Makinde harp on security

*Rtd General Abubakar, Gov Makinde and the Speaker of the State, Hon Ogundoyin during the visit

Former Head of State, General Abdusalami Abubakar said on Thursday that the private sector experience of the Governor of Oyo State, Engineer Seyi Makinde will help him in the governance of the state, especially in the area of investor interest and commitment.

General Abdusalami Abubakar, who was on a brief visit to the Governor’s office said that he was in Ibadan to attend an inaugural lecture of the University of Ibadan.

He congratulated Governor Makinde for his victory at the March 29 polls, adding that he was in the vanguard of encouraging the younger generation of Nigerians to take interest in politics.

According to him, Governor Makinde would bring to bear his wealth of experience from the private sector.

General Abdusalami said: “Let me congratulate you on your victory as the Governor of Oyo State. I commend the younger generation like you to go into governance.

Speaking to newsmen shortly after the courtesy visit, General Abdusalami stressed the need for government at all levels to provide an economic base for individuals with a view to tackling poverty and preventing many from engaging in criminal acts.

He said: “Each and everyone of us has a role to play in trying to pass any information that can be helpful to the security agencies. If you see any strange faces in your area, it’s your civic right to report that individual.

Governor Makinde in his remarks described Abdusalami as a father figure, adding that the visit was that of a father to his son.

Speaking to newsmen shortly before Abdusalami’s departure, Governor Makinde said that his administration was already taking security seriously adding that his government was already reviewing the security architecture of the state in order to draw up a formidable structure for peace and security.

He said: “Yesterday I visited the Oyo State Security Trust Fund Office because we are trying to have a deep appreciation of what we have on the ground; to know precisely how to go about the security of the state. We are in the phase where we are getting all the data to know the gaps. In a very short time, you will start seeing the changes in the security architecture of the state.”

According to the Governor, the incumbent government in Oyo state will not toy with the security of lives and property.