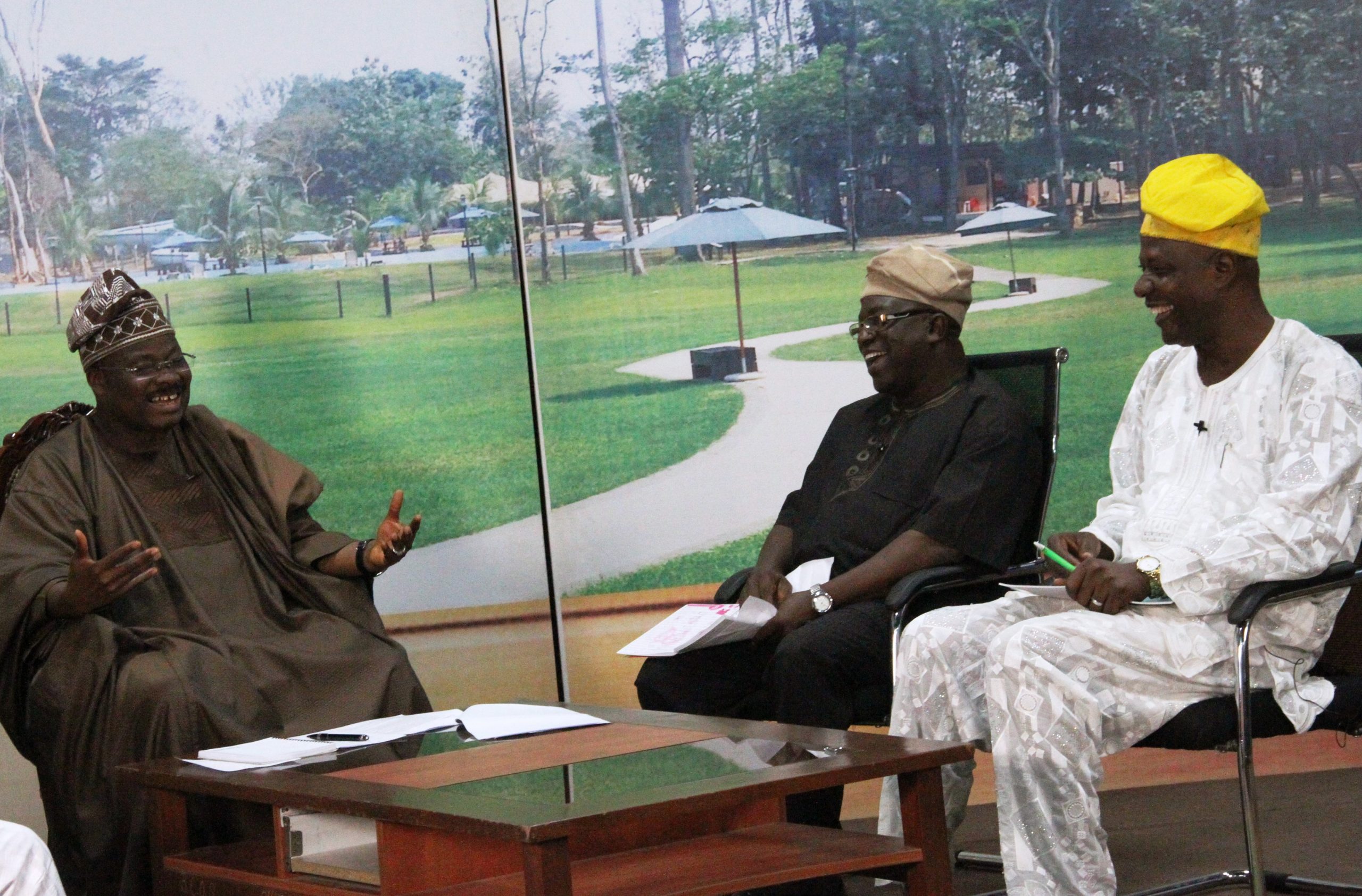 My Thoughts About My Successor, Plans For 2019- Ajimobi

MY THOUGHTS ABOUT MY SUCCESSOR, PLANS FOR 2019 – AJIMOBI

Oyo State Governor, Senator Abiola Ajimobi, has said that he has raised the bar of governance in the last six years, following which he said that his successor must be intellectually deep, compassionate, passionate, forthright and fearless to merit the coveted office.

The governor bared his mind while fielding questions at a media interactive session organized by the state in commemoration of his 6th anniversary and this year’s Democracy Day at the Broadcasting Corporation of Oyo State (BCOS) Television, Orita Basorun, Ibadan,

Among the almost 34 aspirants jostling to succeed him so far, the governor said that only five of them possessed the qualities that he enunciated, stressing that the electorate in the state would not settle for less.

Although the governor said it was still early in the day for him to determine his political future, he said that he was contemplating a return to the National Assembly in 2019 to be a part of the country’s legislation, a decision he said would depend on the political environment.

Ajimobi said, “We have made governance in the state so interesting and engaging that we have moved to the next level. Today about 34 aspirants have emerged that want to be the next governor and we are still counting.

“But, one thing is sure, whoever will succeed me must be intelligent, brave, deep in thinking, compassionate, passionate, courageous and fearless. Most of the 34 people I talked about are not worthy of the post. Some are just pretenders.

“However, I have found at least five of them to be worthy in character and in learning. No more mediocrity in the governance of Oyo State. We have raised the bar. But, by May next year, I should be able to have a clearer picture of my likely successor, whom, I’m confident, will also be the people’s choice.”

In the last six years, he said that his administration had made giant strides in education, agriculture, health, urban renewal and physical planning, adding that the administration’s road construction record was second to none in the history of the state.

Specifically, he said that ongoing and completed construction of dual carriage roads, complete with road furniture, in Ibadan metropolis, as well as all the entry points to the state, had attracted investments to the state.

For the first time, he said that Ibadan and the entire state now have a master plan that would end the regime of haphazard construction of buildings and citing of other structures.

He also said that the state was the first to launch a health insurance scheme that would cater for the health needs of the poor in the society, including surgery, with the monthly payment of N650, adding that pregnant women and children under five years still enjoy free health services across state-owned health facilities.

Ajimobi said, “For our government to still be able to make remarkable impact on education, health, agriculture, industrialization among others, we had to find ingenious ways to escape the dwindling financial resources in the country.

“Our monthly allocation from the Federation Account is still in the realm of N2.5bn, while our internally-generated revenue has increased to between N2bn and N2.5bn, but our salary figure for each month is about N4.5 to N5bn.

“I’m optimistic that by the time we collect the budget support fund next month we will be able to put smiles on the faces of our workers. Due to our ingenuity, there was a period during this recession that we were paying two salaries in a month just to bring succor to our people.

“Governance is about promotion and protection of people’s socio-economic interest. We have touched the lives of our people positively in the area of security, physical and social infrastructures, although nothing is ever sufficient or adequate, not even in the developed countries.”