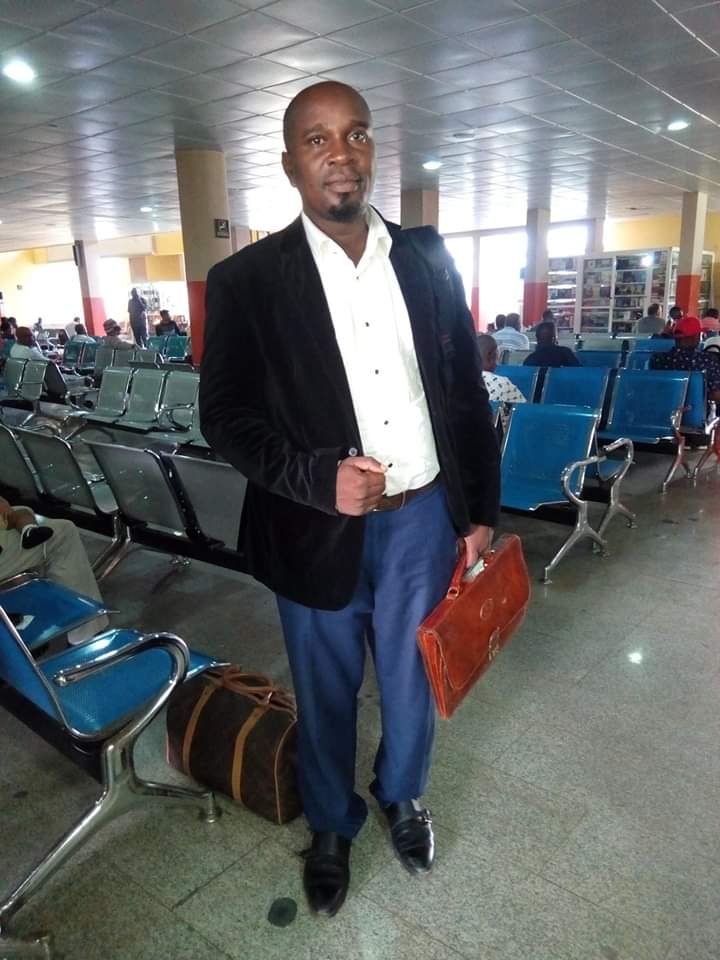 A frontline youth politician, Hon Kunle Busari has called on youths and politicians in Oke-Ogun region of Oyo State to change their orientations about politics and adopt strategic changes so that the much-needed development could be achieved in the area.

Busari made this statement in an encounter with The Chronicler newspaper at the weekend, calling on youths in politics to have holistic approach to politics by having a united front to put forward youthful candidates while those that emerged from the last elections should relegate party affiliation to the background and work together for the success of a developed Oke-Ogun in the next dispensation.

“Oke-Ogun has not taken its rightful position in this dispensation. We were agitating for a governor from our zone, we are not talking about a governor of Oke-Ogun but an indigene of Oke-Ogun occupying the number one seat in Oyo State. But as it is, we have the opposition party winning the last guber election and the chairmanship of PDP is zoned to Oke-Ogun, they have their deputy governor from Oke-Ogun, how he will be able to navigate his way from Ibadan, Oyo, Ogbomoso, Ibarapa axis, I don’t know how he is going to do that, but it will be very easy if we have a deputy from Oke-Ogun and we have the central power of the same party in the State. It will be a lot easier because by the time you have the deputy governor and the State party chairman as well as a minister from the region, if they have a synergy plus a Senator, they can easily work things out. 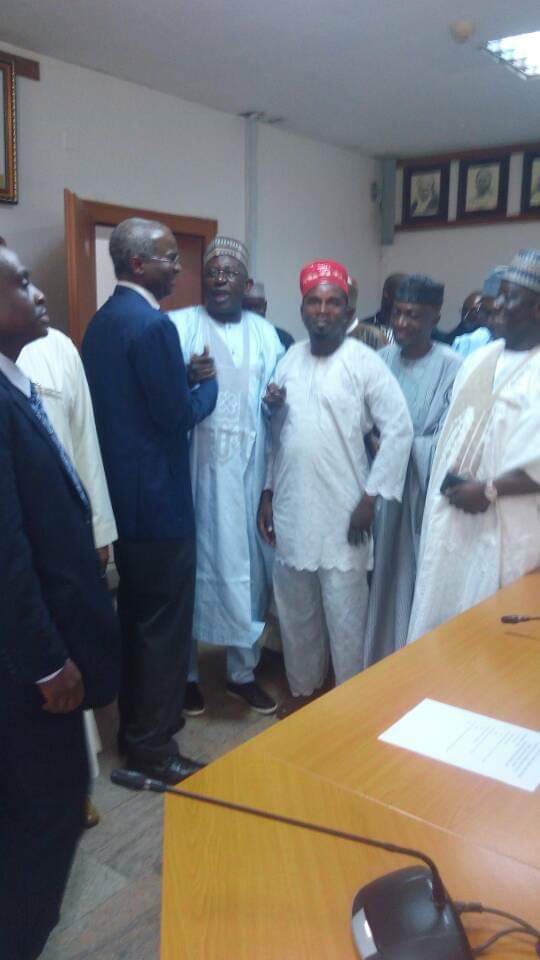 *Kunle Busari and members of the Federal Housing Board

“But by the time we have a senator from Oke-Ogun zone who is from Ogbomoso and you have a deputy governor from another party, the house of representative member from the party in the center, by the time they want to take decisions, they might not be able to flow, because party politics will come into play. You can look at the way things played out when you are in opposition, the party at the federal level will not want you to outshine them. They will want to come back to power. So Oke-Ogun should be very strategic now.

“What we can do is to work with the deputy governor and at the same time, work with our reps, State House of Assembly Members, Senator, so that they will put politics aside and look at the benefits of Oke-Ogun, look at what we are lacking, what will be our take home from the federal level, what is it that the State should provide, so that the two of them, I mean the two parties (APC and PDP) will work together and put party politics aside and look at the benefits in working together and bring good things home for the masses of Oke-Ogun.” 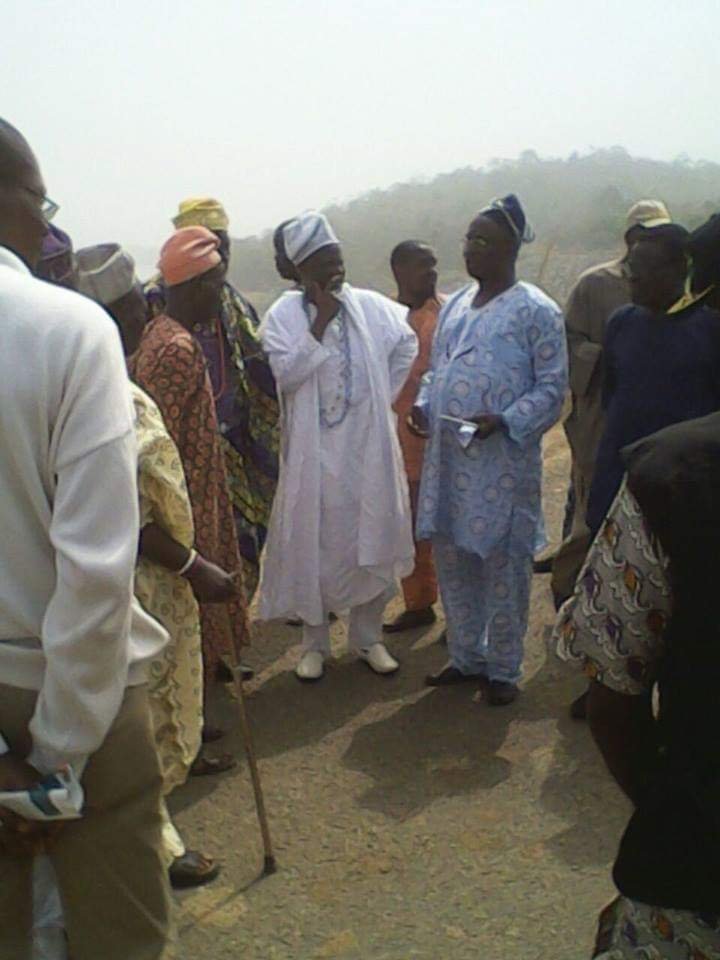 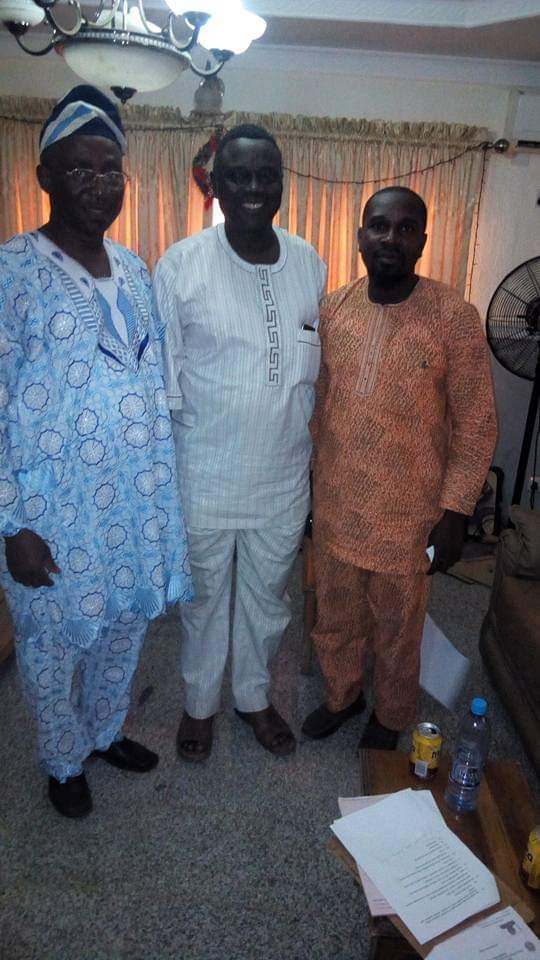 Surveyor kunle Busari who is a member of the Federal Housing Board, headed by Senator Lawal Shuaib said the last general election was an eye opener for all politicians as most of them were taught not to take people for granted in the coming elections.

The youthful politician said money politics was no more in vogue and any attempt for politicians that won in the last elections to make quick money would backfire as the people have been sensitized to ask questions from the public office holders and would be waiting to show the ones that failed to deliver the way in the next four years.

“Politics has taught me a lot of lessons. I learnt recently that you do not take people for granted. Power resides in the people, the voters or the electorates. Whatever you promised them as a politician, try to follow it to the letter. Gone are those days when you make promises and you would not fulfil them. This time, you have to look at your capacity and the target audience. That is the people you want to serve. That is if truly you want to serve.

“If you are in politics to make money, you should have it at the back of your mind that that cannot be absolutely possible. You should know that you have to give back to the community that produce you as a public office holder. If you cannot do that, then people will make you realize that their votes can count, and at the appropriate time, they will take the power back from you.”

He advised youths in the Oke-Ogun region to partake more in political and electoral processes so as to be able to have ample information and knowledge about whoever they wanted to give their support to represent them at any public office.

Busari urged them to look for those who were grounded in the areas in which Oke-Ogun has enormous strength like agriculture, natural resources and other areas that the people could benefit more from if government devoted time and resources in these areas.

“My advice to the youths is to get involved in partisan politics like I said earlier and beside that whoever we want to support, we should try and know more about his or her background, antecedent, who are his or her schoolmates, make background checks. Oke-Ogun youths have not really learned much in party politics because they only have affiliation with one party or the other. They have not really sat down to look at a candidate vying for a position of authority. So by the time they go to a party secretariat and the party says ‘this is where we are going’ irrespective of which is giving opportunity to youths to run for any position, once they follow the party’s decision, then they are selling their birth right to those same old folks.

“So it is high time the youths take their expected position. As it is now, it is only Shina Peller and Dele Adeola from Iseyin among those that won in the last election that we can call our own age bracket, as in youths that we can say have been given the opportunity. Thank God we got those right in Iseyin and Itesiwaju, but in all other places in Oke-Ogun, I doubt that the youths have taken their rightful places.

“The Igboho man was lucky because his father is very influential. It is the time for youths to act because we have the population, we have the energy and we know what is trending. We know how to follow things up. When we allow the old folks to do it the way they used to do it we are going to suffer for it because they are closer to their graves while we have more time to stay here. If we don’t get things fixed by ourselves, if we don’t drag the power from them, it won’t be given to us a la carte. So we have to strive for it, work hard for it and show that we have the capacity to deliver, because that is the key.

“ If you give power to youths and he refused to deliver, he begins to gallivant up and down, forgetting that he has a responsibility for the constituency or his local government, it will be too bad. It will be a shame for the youths that okay we were asking for power and it has been given to you, what have you achieved with it? So it is high time youths get more involved. Not just getting involved, but to play active role, so that the elderly ones will know that okay, their time is up and the rightful owners of the power and offices are ready.

“ Know the person you are using as a front so that we will not fail right from the beginning by putting a wrong candidate in the helms of affairs. It is equally important that we know our strength, that we know our areas of core competence and in Oke-Ogun, we should know that whoever you are sending there will be one that will think of agriculture, infrastructural deficit. I advise that we youths should get our priority right and put the best among us to the front so that he or she can serve our interest better,” he added.

Surveyor Kunle Busari, a registered Surveyor attended N.U.D Primary School, Oluwole, Iseyin, and wrote his West African Examination Examinations (WASSCE) at Baptist High School, Saki in 1995 before gaining admission to Federal School of Surveying, Oyo where he got his OND and HND. He later proceeded to Rivers State University of Science and Technology to bag his Bachelor Degree in Surveying and Geo-Informatics. In 2012, Busari got his BS/Msc in Land Information System from University of Nigeria, Nsukka, Enugu Campus.