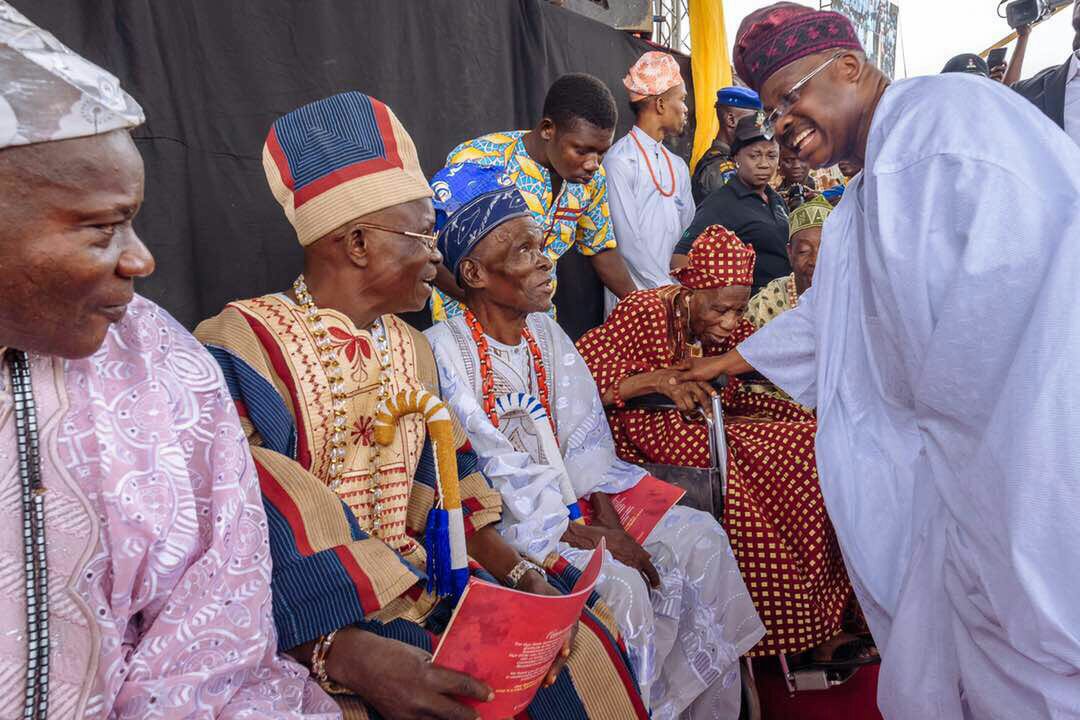 An international socio – cultural group of Ibadan indigenes, Ibadan United in Diaspora, has urged the Olubadan of Ibadanland and individuals who are opposed to the recent Olubadan Chieftaincy review to tow the line of reasoning and see the action from the positives sides, saying that the recent coronation of Obas in the state will lead to communal evolution and development.

The group in a statement by its Coordinator in North America, Mr. Remi Babatunde, said that the White Paper gazette by the Government has not changed the nomenclature on the traditional institution in Ibadanland, noting that it is crystal clear that the ascendancy structure to Olubadan stool still remains the same.

Babatunde noted that the stool of the Olubadan has become more prestigious with second class and third class Obas to support the Olubadan, who is now the Imperial Majesty, stating that all the Mogajis that are in line to become Olubadan are still on the line without any obstruction despite the recent traditional evolution.

According to him, “we have studied the white paper with keen interest and the governor’s speech at the event reported by the media further put the issue in proper perspective.

“The action of the government will aid the development of Ibadanland and we want to inform those who are disgruntled to remember that the review carried out by the government has historical traction and legal backing.

“With the recent development, all the newly crowned Kings still get their brief from the Olubadan but with additional responsibilities to develop their local government of jurisdiction without usurping the powers of His Imperial Majesty, the Olubadan of Ibadanland.

“As beaded crowns, they can now operate from the position of strength to better develop their people, areas and communities as more formidable pedestals to realizing the dreams of the Olubadan and Ibadan people among which is the ultimate creation of Ibadan State.

“We believe that Ibadan State now beckons and we should all be in support of the recent development. We wonder why the people who are against the crowning of the new Obas are silent on the removal of Seriki line from Olubadan line?

“We should not forget that the Seriki line representatives are still in court challenging the legitimacy of the present Olubadan. However, the government has practically removed this hindrance for future occurrence and the government deserves commendation for this.

“We restate that we support the content of the White Paper and want to explain to the people who are not in tune with it that nothing has happened to Olubadan’s stool.

“The government had said that none of the new Obas can have the appellation of ‘Olu’ or added ‘Land’ to their title which further preserve the prestigious title of Olubadan. What is happening in Ibadan is not new to other Yoruba States and that is why communal development is rapid.

“We wish to note that the recent reports being credited to Olubadan are not monarchial. We know Olubadan and we know what his utterances can be. We want to appeal to His Imperial Majesty not to be a tool in the hands of the politicians. The antecedents of the Olubadan’s media aide as Chief Press Secretary to Governor Rasheed Ladoja is well known to everybody. More so, he is on his pay roll and a well known member of the Accord Party,” Babatunde explained.