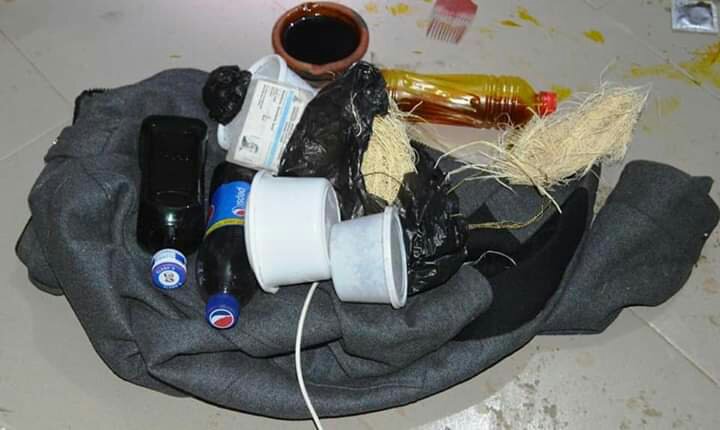 OpinionOne Year of OYRTMA: Are Our Roads The Better For It?

One Year of OYRTMA: Are Our Roads The Better For It?

Since the blow of the whistle, Mogaji Akin Fagbemi, the Chairman OYRTMA has started the race and has not looked back, carrying along, major stakeholders in road management and users along.

He has traveled the far corners of the State to meet traditional rulers, entered mosques and churches to get divine blessings for safe roads and met with political powers and social groups to get their nods in maintaining a safer road.

Fagbemi’s humility has helped bring the once upon a time, notorious motorists in the State into agreement to follow road transport regulations, which serve them more for peace to reign.

I remember a particular squabble between men of OYRTMA and some cab drivers at Eleyele in Ibadan where the officers were beaten ‘blue and black’. We thought the Chairman would use the State’s higher hand to hammer the culprits, but what did I see the following week, the Chairman invited executives of the motorists from Eleyele to his office, got their angle of the story, warned against recurrence of such incident and hugged and asked them to go and ‘sin no more’.

That signified a relationship that has been anchored upon forgiveness and progressive thinking, rather than rabid thirst for retaliation.

In a letter to Governor Seyi Makinde on Friday, 28th August 2020, Akin Fagbemi appreciated the governor for giving him to serve the State in a capacity that touches all: road transport management.

He expressed joy at the support he got from the governor and his cabinet which has enabled him overcome what could have been gargantuan difficulties in maintaining sanity on our roads and sought the continuous backing of the major stakeholders.

It will interest readers to know that today, OYRTMA has offices in all 33 local government areas in the State with 30 zonal commands while it has contributed to the employment creation scheme of the present administration in the State by creating the OYRTMA Mayors to assist its personnel achieve the goal of having a safe road.

The agency has in its kitty, major operations that have helped booster safer roads across the State and install confidence in the minds of road users. They include ‘Operation One Passenger’ for commercial motorcyclists, ‘Operation No Hold-Up’ at strategic major roads in the metropolis, ‘Operation Stop, Search and Test’ for drivers detected to be drunk and driving.

Also, the agency has ‘Operation Fast-Track Emergency Rescue Operations’ where men and operational vehicles alongside their ambulances helped rescue accident victims and victims of flood, as we witnessed recently when flooding happened across the State in May and July of 2020.

Today, we can say with certainty that some roads that used to give motorists headache are today free for use because of untiring efforts of the men of OYRTMA.
From Iwo Road to Gate, Ojoo to Moniya, UI to Sango, Mokola to Challenge, we can say we have a positive difference, engendered by a worthy agency.

While we pray for the State governor for God’s sustained wisdom of leadership, the people of Oyo State will be more proud to see an OYRTMA with a robust manpower, bouyed by quality training and operational gadgets and equipment.

Oyo State people are proud of OYRTMA and we say Happy One Year Anniversary!!!!

Alhazan Abiodun is the Editor and Head of ICT, Press Center, Oyo State Ministry of Information, Culture and Tourism, Ibadan.